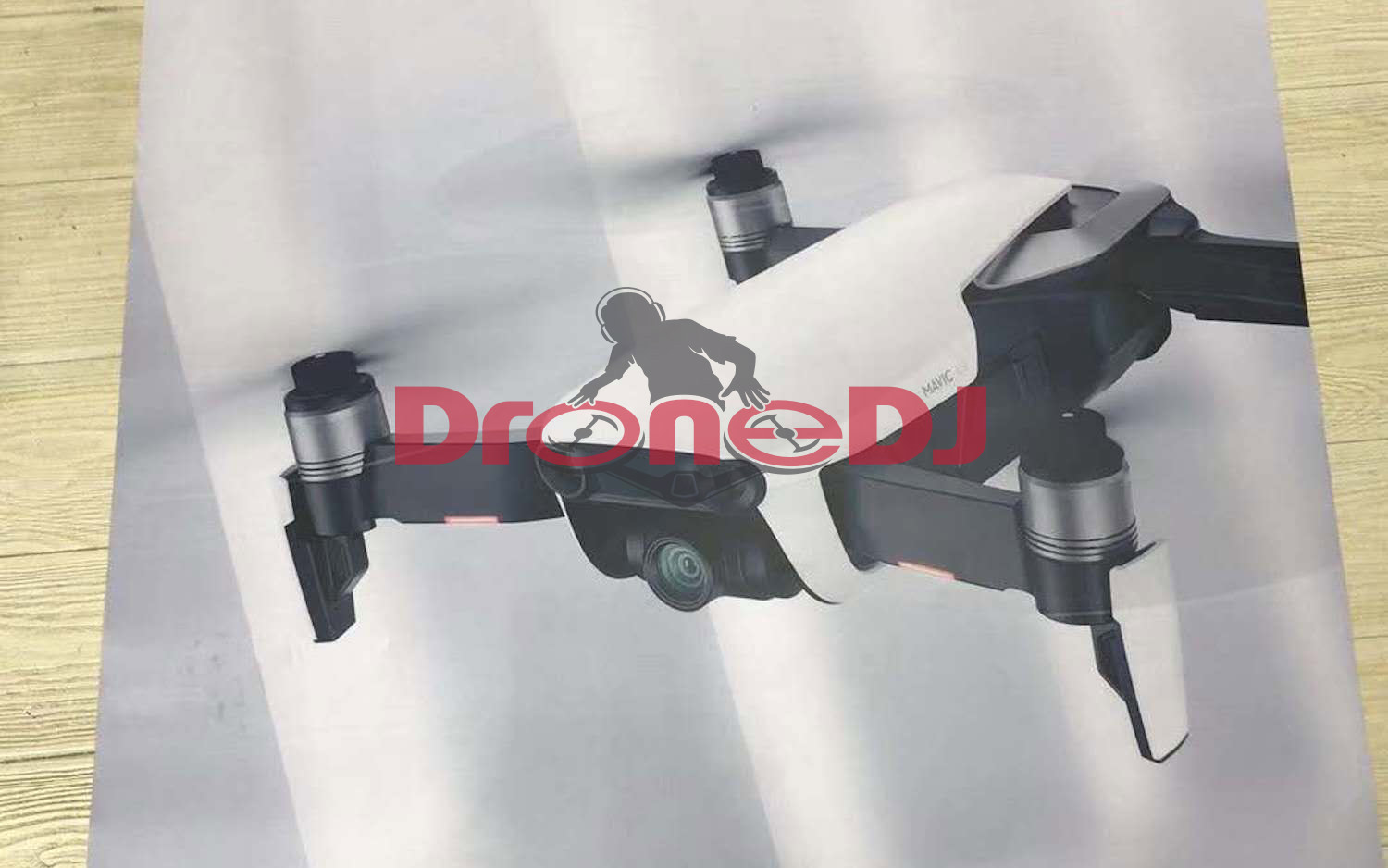 Today we’ve discovered the first photos and specifications of the DJI Mavic Air drone which will be officially released tomorrow morning at a special DJI event in New York City. We will be on the scene there as well at 9AM ET so expect full coverage here on DroneDJ.

The below photos and specifications come to us from multiple tipsters who’ve been correct in the past. Also, the photos and specs seem to corroborate information we’ve already received from other sources. The new photos also show some of the features we have seen before, such as the swooping lines in the official DJI invitation and in the DJI teaser video.

One of the photos is a banner showcasing the new drone highlights some of the main features of this new unmanned aerial vehicle from DJI, such as the 4K60 video, 32-megapixel panorama mode, and 4 foldable legs.

So what do we know about the DJI Mavic Air?

Let’s start with the specs:

What we do not know yet:

We are not getting:

We just came across a video clip showing the new DJI Mavic Air and in one shot it shows that DJI’s adventure drone will include: 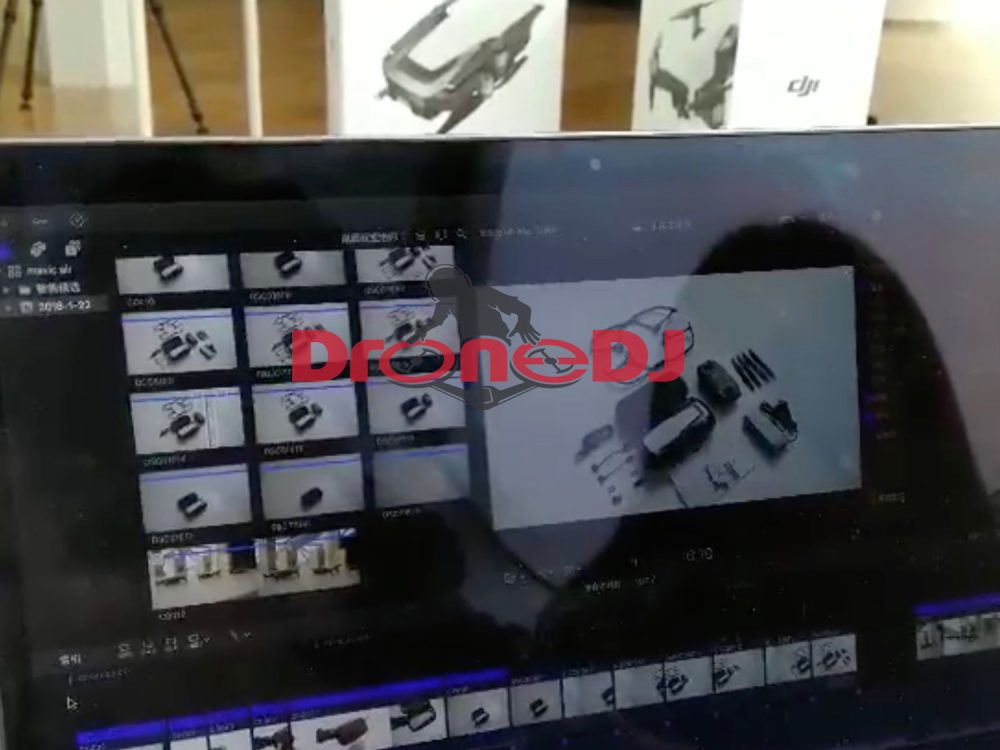 Reading these specs, I cannot help but feel that the new DJI Mavic Air is more of an hyper-upgraded DJI Spark than a true successor of the current Mavic Pro. Of course, the 4K60 video and the 32-megapixel camera are big upgrades. Also, the VPS system will make this drone easy to fly indoors. However, the 21-minute flight time is considerably less than the 30 minutes you can get with the DJI Mavic Pro Platinum Edition. 21 minutes seems very consumer.

One more interesting thing is the name of the new DJI drone, the Mavic Air. We already have the Mavic Pro. It makes me think of Apple with their MacBook Air and MacBook Pro. Would this mean that the real successor of the DJI Mavic Pro is still to come? I have a feeling we’ll be hearing about the Mavic Pro II very soon.

What do you think about the DJI Mavic Air? Are you pumped for the specs/form factor? Were you expecting something else? Let us know in the comments below.