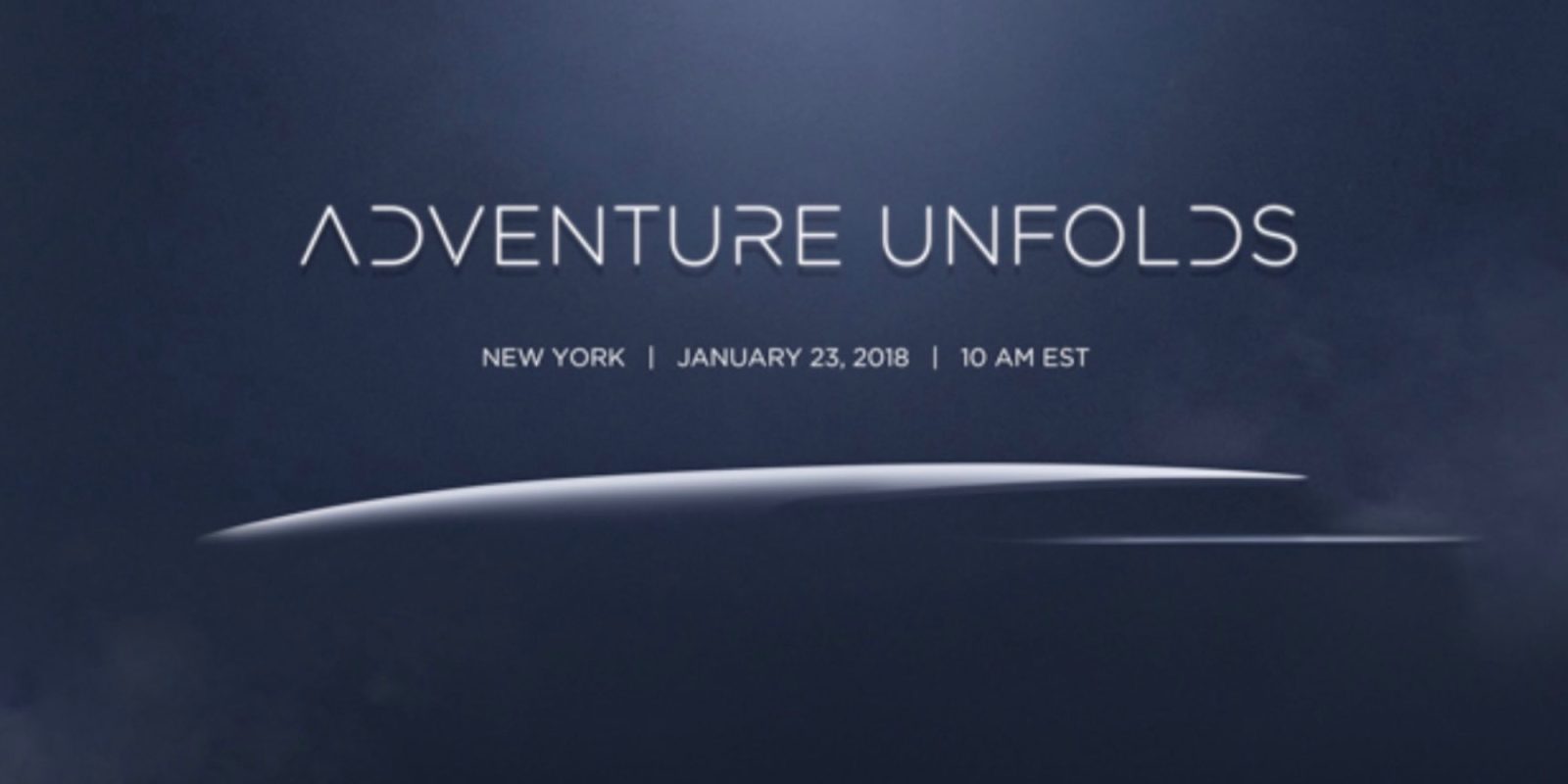 Many people were expecting Chinese drone manufacturer, DJI to showcase new drones at the CES 2018 event in Las Vegas this week. But they did not. Instead of new drones, DJI showed a redesigned Osmo Mobile 2 and an all-new Ronin-S stabilizer. Both seem to be great products, but we did feel some disappointment that no new drones were announced. Luckily, it now seems that this may change soon as we just received an invite to a DJI event in New York City on January 23rd to announce new gear.

We still don’t know what new gear will be announced but the invite does give us a few clues.

It says: “Adventure Unfolds”. Currently, the only DJI drone that is perfectly suited to take with you on an adventure and that folds is the Mavic Pro. Could it be that DJI will be announcing a new Mavic Pro later this month? Is this the new Mavic Pro that we were talking about in our Mavic Pro wishlist article?

Another clue in the invite are the two swooping lines. One could imagine those to be silhouette lines of a new drone. If that is the case, it seems that the new drone would be more aerodynamic, which may result in higher speeds or a longer flight time. Or both.