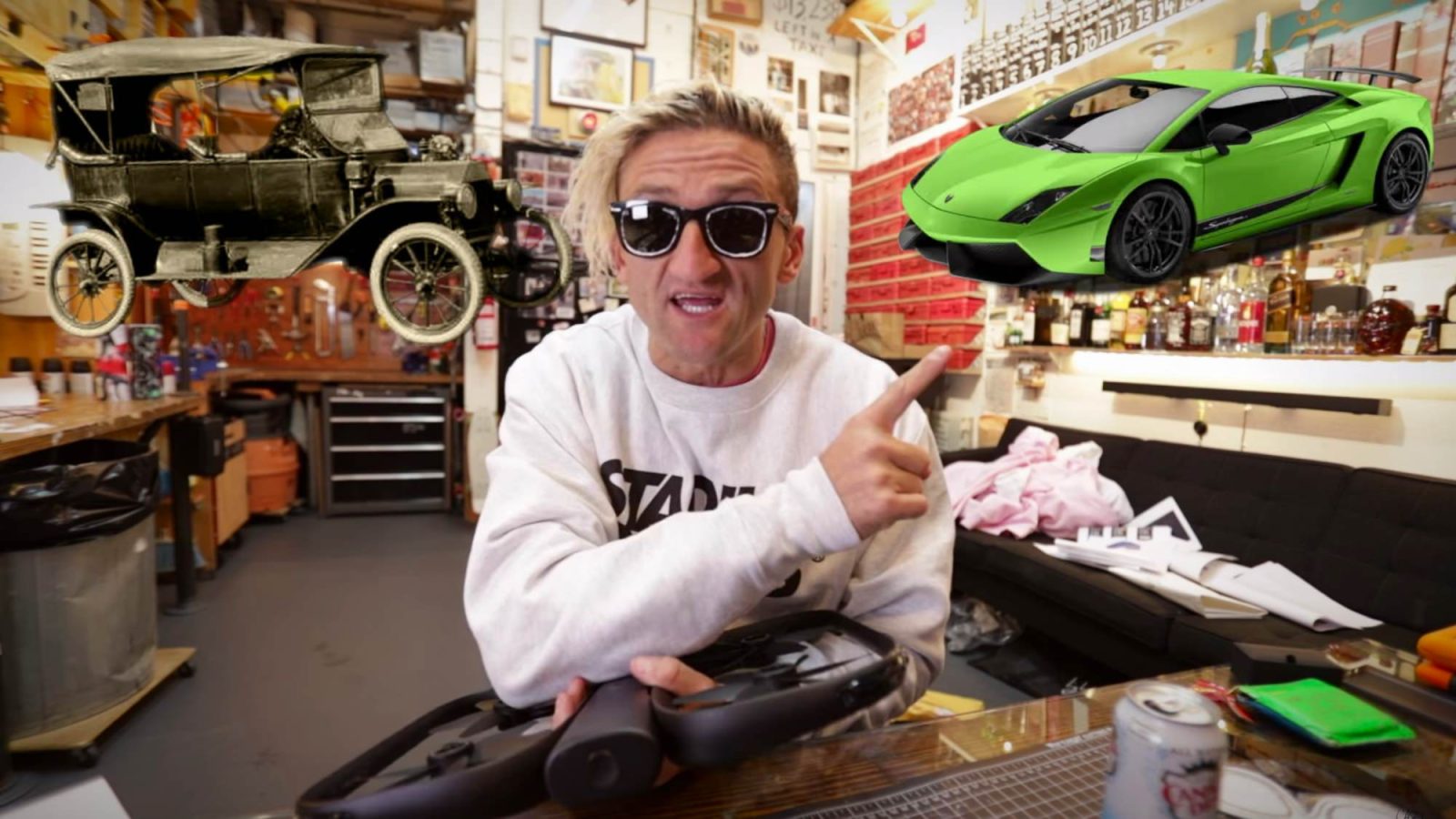 Less than two weeks ago we reported on the all-new Skydio R1 autonomous drone and we should have one to review very soon! Of course, Casey Neistat already got his hands on one. He posted a short review of the R1 drone on YouTube today.

Casey’s review starts out with a short story about him buying sneakers but then at 1:32 he starts with the review of the Skydio R1 drone. He starts off with an unboxing of the R1 and then continues to compare its size and form factor to the various DJI drones, such as the Mavic Pro, Phantom 4 Pro, Spark and the all-new DJI Mavic Air. The R1 is a big drone and it doesn’t break down in any way. It is made out of aluminum and carbon fiber.

Casey tests the artificial intelligence and fully autonomous flying ability of the Skydio R1 drone by having it follow his friend Lance on a CitiBike. And yes, his friend Lance, appears indeed to be Lance Armstrong. Casey later mentioned in the comments on YouTube that:

“I needed to be sure my stunt cyclist was proficient enough to execute the complex maneuvers demonstrated in the video. he seemed to have the resume for the job.” 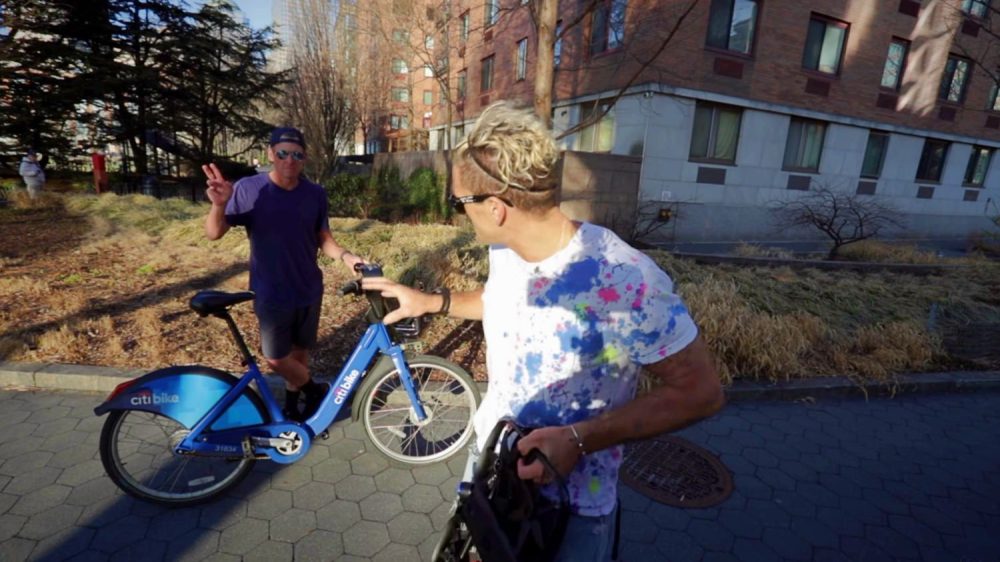 Lance rode his bike around a number of trees and it would have been very difficult, even for a very skilled drone pilot, to follow him with all the trees and branches in the way. I thought especially this move of the Skydio R1 was impressive where it seems to stop, back up and go around the tree without any input from a drone pilot.

Back in the studio, Casey concludes by pointing out no other drone is as capable and able to avoid obstacles. The Skydio R1 flies fully autonomous and it is amazing to watch. Casey goes as far as comparing DJI’s (semi)autonomous features looking like the Ford Model T compared to the Skydio R1 which resembles a Lamborghini. Ouch.

However, a drone needs to be able to do more

Casey also points out that the R1 is a bit of a one-trick pony. It does the obstacle avoidance really well but it the form factor leaves a lot to be desired as it is too large to fit in or on a backpack and it doesn’t come apart. Also, the drone has no cinematic capabilities. It only provides a very wide-angle view in delivers footage with a lot of sudden movements as it tries to keep the subject in the frame. Furthermore, the R1 lacks in range as it is flown directly from your smartphone.

This also brings us to the next comment from Casey, which is that it is very hard to control a drone from the screen of a smartphone as it lacks any tactile feedback. Lastly, the Skydio R1 drone is way too expensive. According to Casey, you could buy a DJI Phantom 4 Pro and DJI Mavic Air and still have money left over for a month’s worth of McDonald’s lunch. Skydio responded to Casey’s critique by saying that this is the generation 1 drone and they expect prices to come down in the future. Lastly, Casey suggests that DJI should buy Skydio and merge their technology and software with a drone the size of the DJI Spark. That would a match made in heaven. We couldn’t agree more. 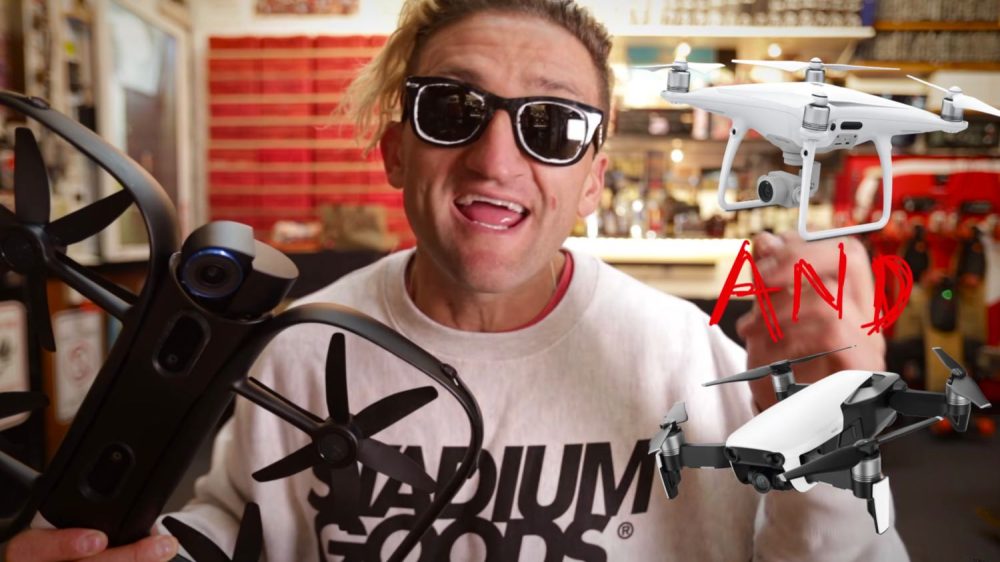