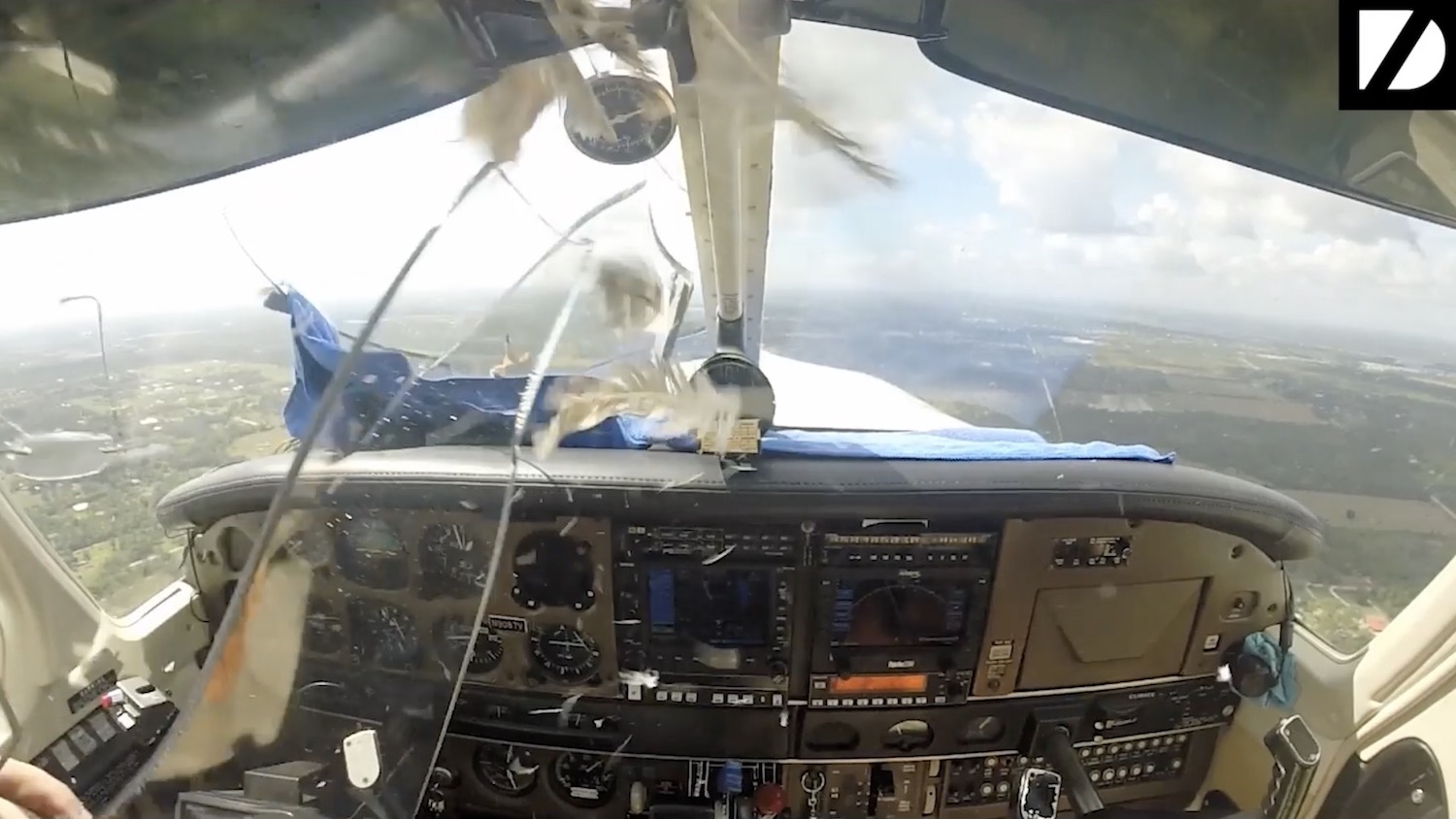 The pilot of a small single-propeller airplane stays calm after a bird crashes through its windshield, sending large pieces of broken plexiglass flying through the cockpit. If you watch the slow-motion (video below) carefully you can actually see the pilot’s glasses flying through the air. The pilot remains very calm even though he seems injured and continues to land the aircraft safely.

You cannot help but wonder what would have happened if a drone had hit the airplane instead.

Late in February, this video was posted on Facebook showing a bird crashing through the windshield of a small single-propeller airplane. In the video, you can see large pieces of plexiglass flying through the cockpit. At one point the pilot reaches for his face and you can see blood on his hands. The video does not show if the pilot sustained any injuries but he likely suffered some cuts as a result of the broken plexiglass.

With the increase in drone-related incidents, you can only wonder what would have happened if this was a drone instead of a bird.

A recent study from the Alliance for System Safety of UAS through Research Excellence (ASSURE) concluded that drones colliding with large manned aircraft will likely cause more structural damage than birds with the same weight for a given impact speed. This is because birds have a soft mass and tissue, drones are made of harder materials and contain more compact mass, such as batteries and motors, which are likely to cause more damage during a collision with a manned airplane.

The takeaway for drone pilots is, keep your drone below 400 feet, stay at least 5 miles away from airports, and please learn the rules that apply to flying a drone in your country. For drone pilots in the U.S., you can go to “Know before you fly” to refresh or learn the rules. Airmap is a good source to see if any airports, airstrips or helipads are in your vicinity before you launch your drone.