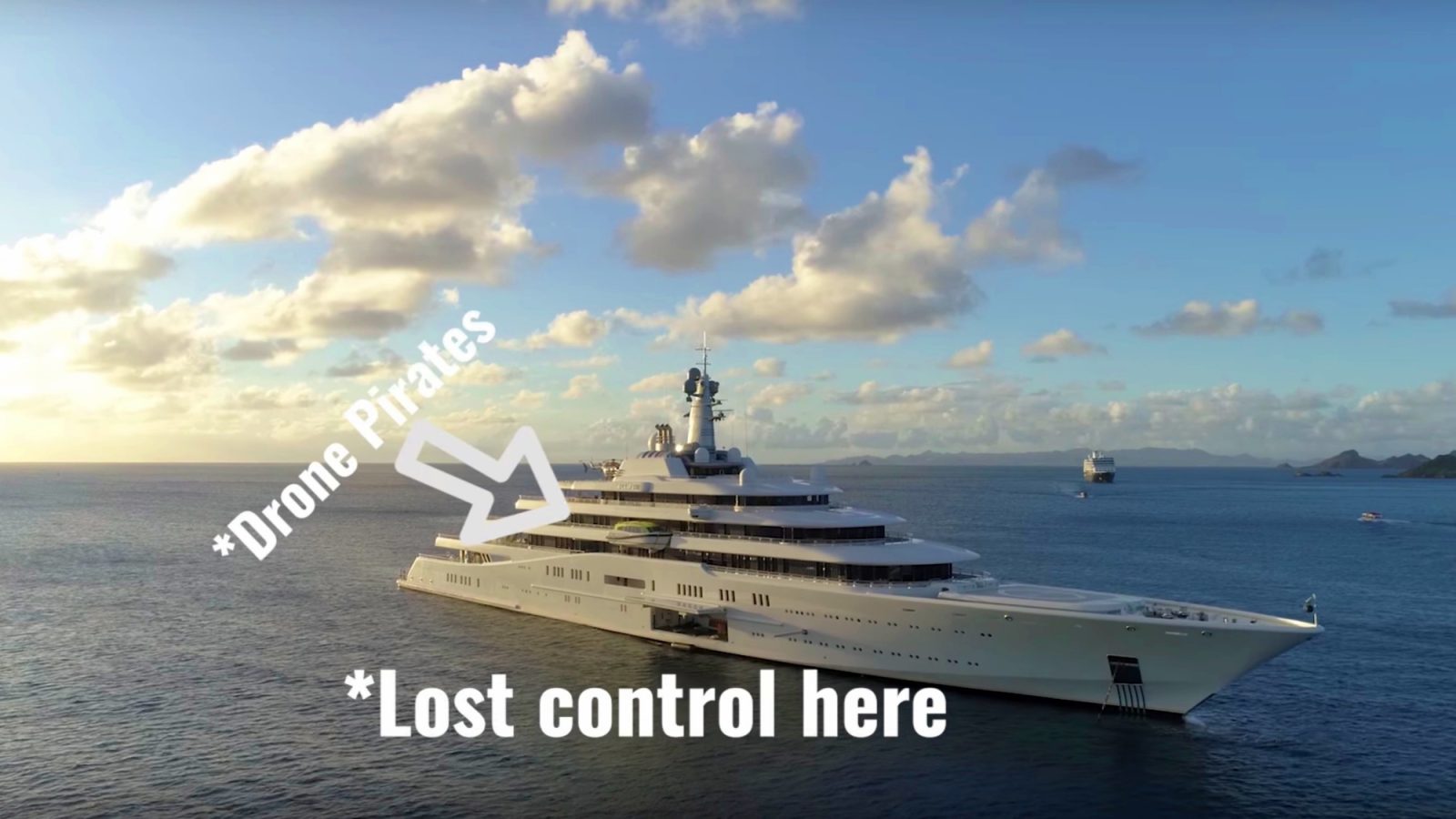 Russian billionaire Abramovich tried to confiscate a drone from the co-founder of Droneworks Studios in the Caribbean with an anti-drone device. Last Thursday co-founder Justin Oakes posted a video on YouTube in which he explains the bizarre story of almost losing his drone to the Russian billionaire mid-flight. The incident took place in December while Justin and his wife Elaine were on vacation.

It started when Justin and his friends spotted the Russian billionaire’s superyacht Eclipse, the world’s second-largest private luxury yacht. Out of curiosity Justin took his drone out and flew it towards the mega-yacht to get a closer look. Somewhere mid-flight, he loses control of his DJI Phantom drone. The drone was still flying even though Justin thought that he had lost the connection and his screen blacked-out. He had no contact at all with the drone for a couple of minutes and in a desperate attempt to break free he turns the controller off and then back on. For a split-second, he does get a visual signal from the drone and he spots a guy on the bow of the Eclipse with what looks like some kind of anti-drone device who seems to control the drone as two other guys in a rib come out to try and confiscate it. Justin did not get a visual signal back from the drone but the unmanned aerial vehicle did respond to his inputs, so he puts it in sport mode and flies it back home with the Russians chasing after it.

In a video that was posted on YouTube last Thursday, Justin elaborates:

“It was insane. Literally, the most bizarre thing I’ve ever encountered.”

Since the release of the video, YouTube influencer Casey Neistat, who was with Justin during the incident tweeted out the following.

this is amazing. my friend at @DroneworksUSA shares the story of when a Russian billionaire tried to steal his drone mid-flight. I WAS WITH HIM WHEN IT HAPPENED. totally wild experience — https://t.co/sgdITUzPbn

In the video, Justin also talks about drone safety, privacy, and ethics, which sparked a discussion in the comments section of the video. Did Justin invade the privacy of Abramovich by flying his drone around the mega-yacht? Justin thinks not as he kept a safe distance from the boat and wasn’t flying over it. He had never encountered an anti-drone device, not even in his professional life as a drone video shooter. It is pretty remarkable that a civilian like Abramovich would have access to this kind of technology, but then again billionaires tend to have all the toys. Justin ends the video with:

“The key is to fly responsibly, safely… Don’t fly into things that you’re not supposed to. If you ever see that boat, stay away from it because it will snatch your things.”