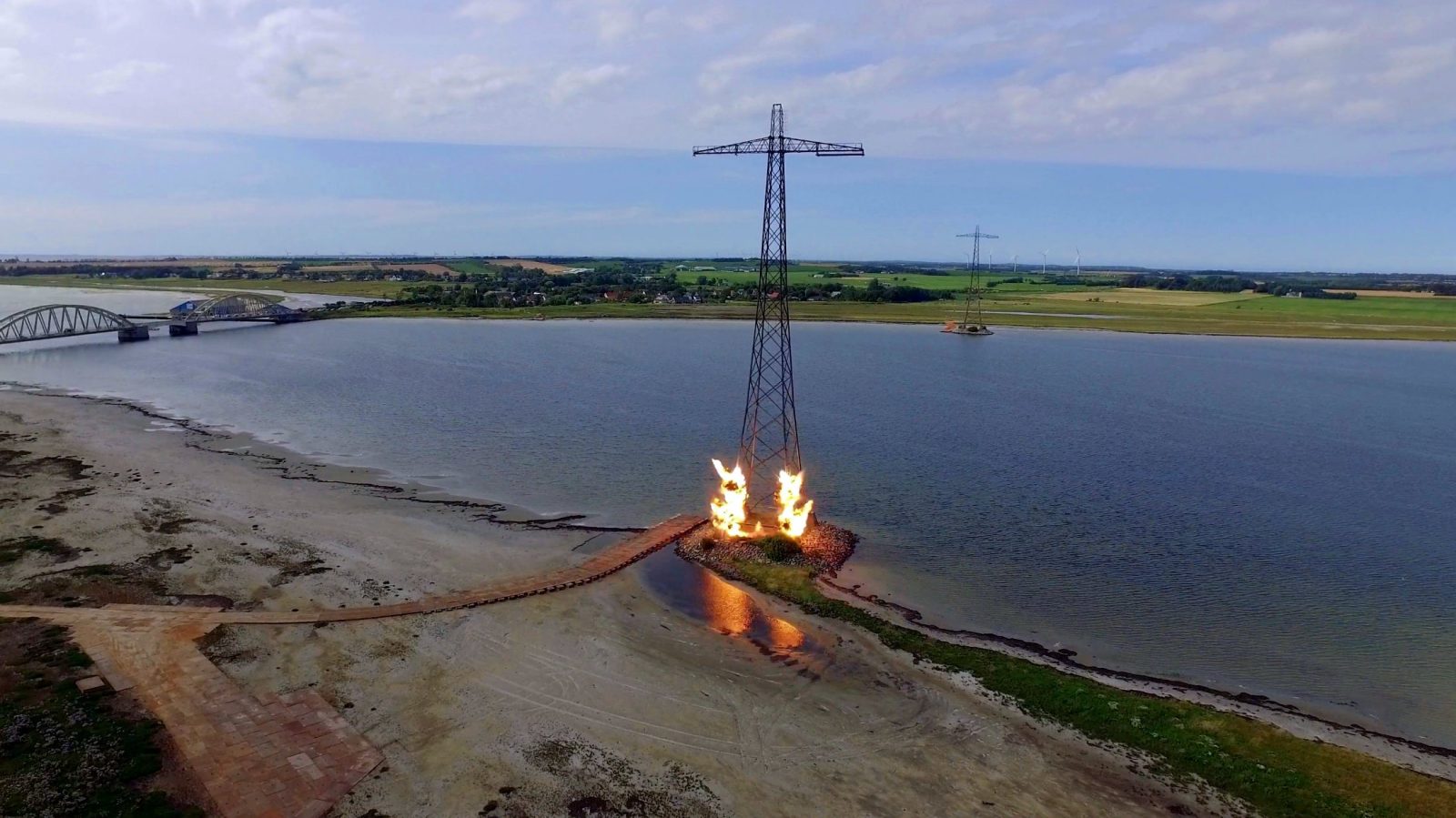 Good morning, let’s start the with some breaking news. Dallas/Fort Worth International Airport has been approved by the FAA to operate drones over the airfield and in the terminal. This is the first airport in the nations with special FAA authorization to do so. Very exciting stuff! We have some more for you as well.

Today’s video is something completely different and arguably a little stronger than caffeine – an explosive demolition filmed by a drone in 4K. So grab your double shot espresso and have a look.

The is what the makers, Airflix.dk had to say:

“Two power masts in “Limfjorden” in the northern part of Denmark was removed with explosives in August 2015. Each mast had approx. 5 kg of explosives at the feet for a clean cut and to make sure the masts landed safely on shore. The bridge was up and ships were kept away at a safe distance during the explosion. At the bottom of the mast – 8 m from the explosives – we mounted a GoPro Hero 4 Black which luckily survived the blast with no scratches. Filmed with an Inspire 1 drone.”