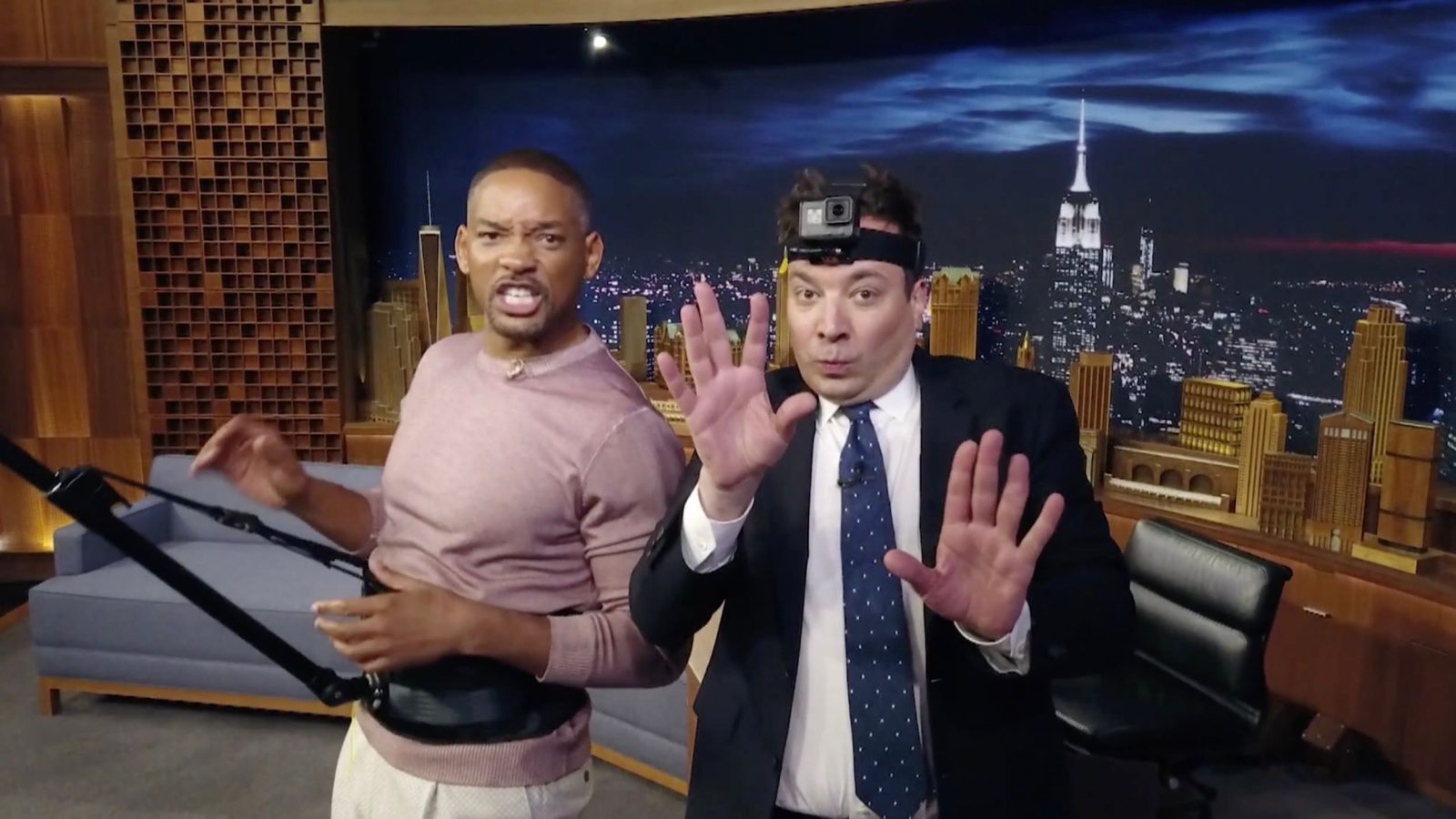 Will Smith came on to Jimmy Fallon’s Tonight Show to celebrate reaching one million subscribers to his YouTube channel and they brought along a DJI Mavic Pro. Watch the video below.

Only three months ago, Will Smith started his own YouTube channel and his talent from the big screen and television easily transferred over to the internet, reaching well over one million subscribers in about three months time. He is at 1,240,933 subs as I am writing this post.

Will appeared on Jimmy Fallon’s Tonight Show last night to celebrate reaching this milestone. In good YouTube fashion, Will was recording his appearance on the show with some interesting camera holding equipment. Jimmy noticed that Will indeed looked very excited to have his own YouTube channel.

“Thanx Jimmy Fallon and to your whole Team. Your house feels like Home to me!” – Will Smith

A few minutes into the act, the DJI Mavic Pro made its appearance in a first-ever on the Tonight Show. The drone was flown, with prop guards, by Randy Scott Slavin, who we know from the NYC Drone Film Festival. Check out both videos below as they are highly entertaining.

“Y’all aren’t the only drone pilots around! NYCDFF festival director @randyscottslavin flies a drone on @fallontonight with @jimmyfallon and @willsmith #NYCDFF #drones #dronepilot”