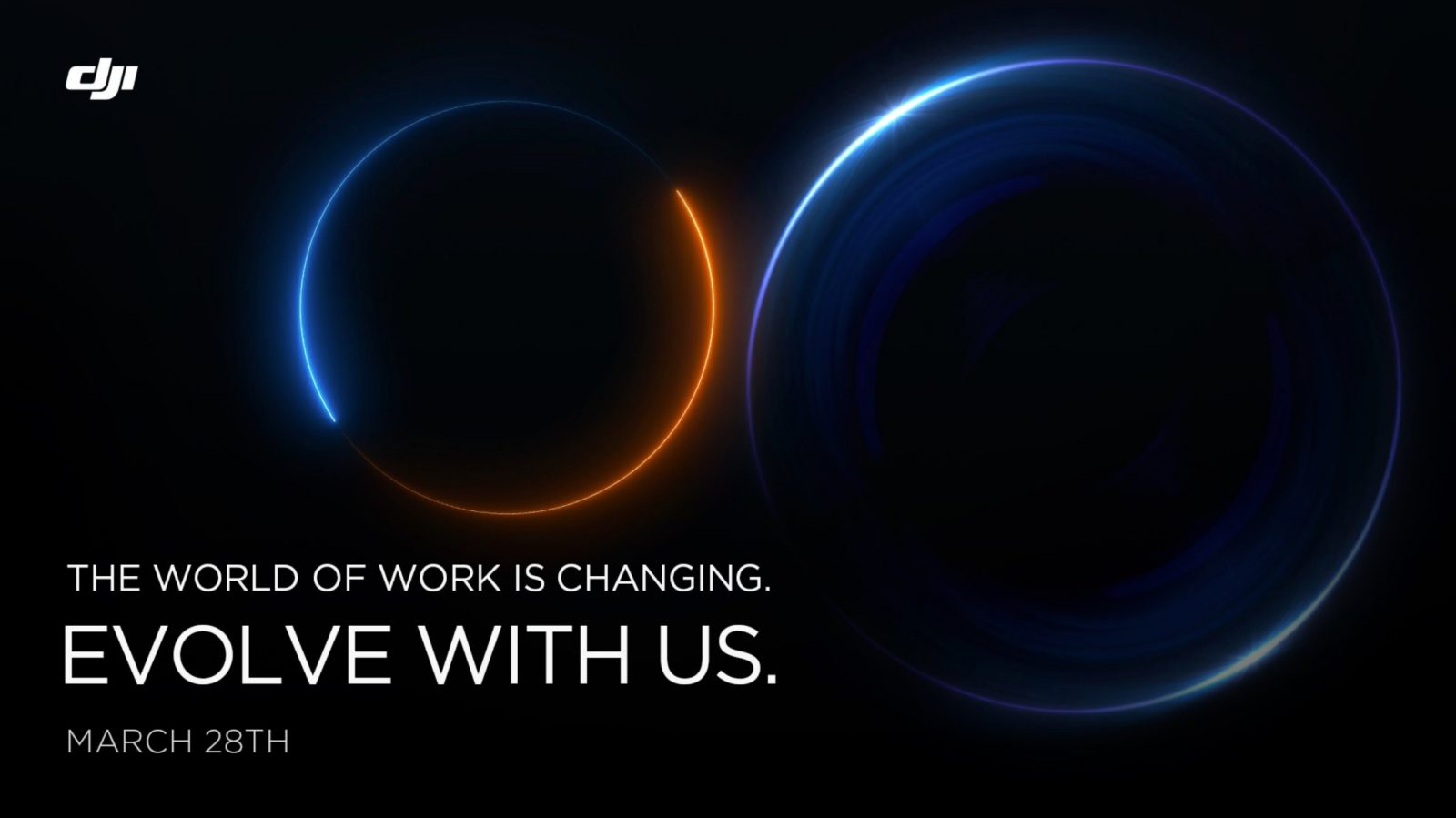 DJI Enterprise will make an announcement at 11:15 am PST and we will cover the event live here on DroneDJ.

11:59 am PST – DJI concludes the event with the following message: Before we end the #LiveTweet and share more information on the Zenmuse XT2 and Payload SDK, we invite all industry players to join us at #AirWorks2018 on Oct 30th.

Before we end the #LiveTweet and share more information on the XT2 and Payload SDK, we invite all industry players to join us at #AirWorks2018 on Oct 30th. pic.twitter.com/8gmlRDjb0a

11:56 am PST – DJI M210 drone platform is now more versatile than ever with the Zenmuse XT2 and Payload SDK.

With the new Zenmuse XT2 and Payload SDK, the M210 platform is more versatile than ever. Just imagine what future payloads might entail! pic.twitter.com/4I1DIRSyFL

11:54 am PST – DJI just opened up their commercial drone platform to third-party developers.

With the new Payload SDK, we're happy to have @sentera_uas and @SLANTRANGE build directly on top of the #DJI platforms and are excited to see what the rest of the industry does with this new tool. pic.twitter.com/z9ehHGQqAl

11:50 am PST – DJI presents examples of companies that have worked on integrating the new DJI Skyport already; Sentera and SlantRange.

With the Payload SDK, @SLANTRANGE is able to bring a seamless experience to customers with its new 3PX sensor for agriculture. pic.twitter.com/mqRTSnVFTt

Working on the new Payload SDK, @sentera_uas was able to integrate the new AGX710 on to any M200 Series drone. pic.twitter.com/1ovOpvghmL

11:49 am PST – DJI introduces the DJI Skyport adapter that will allow third-party developers to integrate any tool onto the M200 DJI drone series.

Enabled by opening up the new DJI SKYPORT adapter, the Payload SDK allows developers to integrate any tool onto the M200 Series drone platforms. pic.twitter.com/0B4qaaMLsX

11:47 am PST – DJI introduces a Payload SDK so that other manufacturers and developers can bring their solutions to the sky with DJI drones. Awesome!

Introducing the new Payload SDK – a system for developers, manufacturers and more to bring their tools to the sky. pic.twitter.com/4e5DSBYf1V

11:45 am PST – What would happen if DJI drones were no longer limited by the limited number of payloads that were produced by the Chinese drone-maker?

In the past, the #drone industry has been limited to the limited number of payloads that were produced by DJI. What would happen if that changed? pic.twitter.com/VrYBHQv1RB

Last November, through updates to the Onboard SDK, #DJI gave developers access to the vision systems on the M210 – enabling the development of automated solutions. pic.twitter.com/FszKL4GKls

Over the years, we've enabled developers to create custom applications for #dji drones. We've now hit over 3.5 million installations of these apps with the figures climbing rapidly in 2018! pic.twitter.com/6GIrwPx5dI

11:42 am PST – Arnaud Thiercelin, head of Developer Technologies and US R&D at DJI, takes the stage.

The XT2 will seamlessly mount on the M200 Series and M600 Pro. Gain access to these features today with DJI Pilot app for Android and later in April with DJI XT Pro app for iOS pic.twitter.com/weARZpfVuG

To unlock the power of dual sensors, #DJI and @flir built in a variety of intelligent features – including FLIR MSX. This enables a range of applications including hazardous materials situations. pic.twitter.com/5zifii6HOr

11:33 am PST – Lei Bennet, Director of Product Strategy and Development at @flir takes the stage!

The Zenmuse XT2 combines thermal and visual sensors to see the world in new ways. pic.twitter.com/Arf9LQRXUT

11:32 am PST – DJI announces a new product as the next step in their long-running relationship with Flir, the new dual sensor thermal camera, the Zenmuse XT2. Watch out Parrot!

11:28 am PST – The drone industry eco-system is already getting filled in with different industry players in the various segments.

Bringing these components together, we can see just how expansive the ecosystem already is (and this is just a small snapshot!). pic.twitter.com/HWoUs5rBn6

How do these players within the ecosystem fit together? Each enterprise that uses drones needs the #drone community to provide 6 core components. pic.twitter.com/U6DEIVWXsE

11:27 am PST – DJI does more than manufacture drones. The company focusses on creating the foundation for the commercial drone industry by engaging in the drone ecosystem.

Beyond producing drone platforms, #DJI is engaged with the drone ecosystem to create the foundation for the rising drone industry. pic.twitter.com/WNUxR6XVBw

11:25 am PST – FAA reported that there were 73,000 commercial UAV pilots in 2017 in the US alone. DJI will work to provide the appropriate tools for these commercial drone pilots.

11:23 am PST – DJI will focus on drone technology that will improve performance, accessibility, affordability, and flexibility to enable drones to become widely adopted.

For drones to become widely adopted, technology needs to combine performance, accessibility, affordability and flexibility – #DJI will continue to release new tech that fits within these guidelines. pic.twitter.com/SR63CEkbnR

11:20 am PST – Jan Gasparic, Head of Strategic Partnerships at DJI takes the stage.

11:18 am PST – The event is taking place at the Menlo Park Fire headquarters indicating that DJI enterprise’s solution may have something to do with first aid responders?

Many people have been wondering this morning what time the announcement would be made. Finally, around 1:30 pm EST, DJI Enterprise tweeted that the DJI live-tweet session will start at 11:15am PST.

Stay tuned to see what's next, Our #LiveTweet starts at 11:15am PST pic.twitter.com/FnmMHYil08