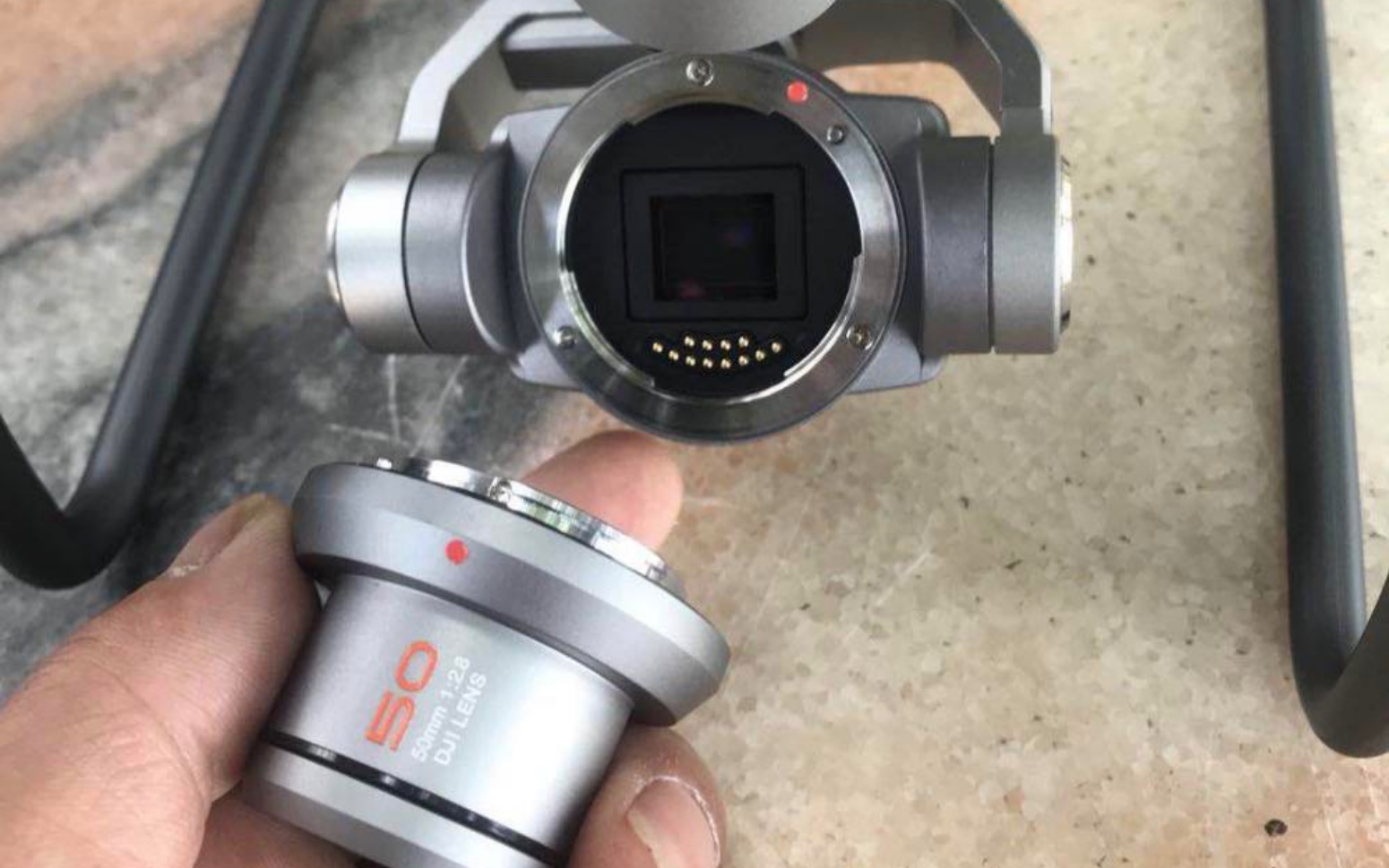 Earlier this evening two new photos were posted on Twitter that show two silver-colored DJI Phantom drones with interchangeable lenses. They seem to be the same two Phantoms we have seen before. One photo shows a 50mm f/2.8 DJI lens detached from the lens mount. We are still unsure at this point what kind of DJI Phantom this might be. But it is hard not to get excited about a new quadcopter with an interchangeable lens system that might not break the bank like the Inspire 2 and Zenmuse X7 lens combo does.

The images were posted online by the same person, who leaked images two weeks ago. One of the images got retweeted a little later by @KANZHAJI with the text: “DJI Phantom 4P discontinued，let’s try this picture～,” indicating that the Phantom 4 Pro might no longer be for sale in China, however when you go to the Chinese version of the DJI website the drone is still available.

In the second photo, a 50mm (equivalent) f/2.8 lens, camera, and gimbal is shown, which might be the new interchangeable lens system of a new DJI Phantom drone. This is the first photo that we have seen that show a close up of the lens and camera/gimbal detached in the same image. The new Phantom is rumored to have four different lenses available: a 15mm, 24mm, 35mm and 50mm lens.

OsitaLV is speculating that this may, in fact, be a rainproof version of the Phantom 5. In a tweet, he says: “cooling hole of the motor has been moved to the bottom, and [the] battery has more sealing rings. Seems like the new Phantom is rainproof.” Now, that would be another feature many aerial photographers and filmmakers would get excited about.

The problem is though that we still don’t know what drone we are looking at here. Is this indeed the new Phantom 5? Or is this the Phantom 4 Pro V2.0? Do these new photos change your mind at all? Let us know what you think in the poll below.

Cooling hole of the motor has been moved to the bottom, and battery has more sealing rings. Seems like the new Phantom is rainproof. pic.twitter.com/a8yFzBujhT