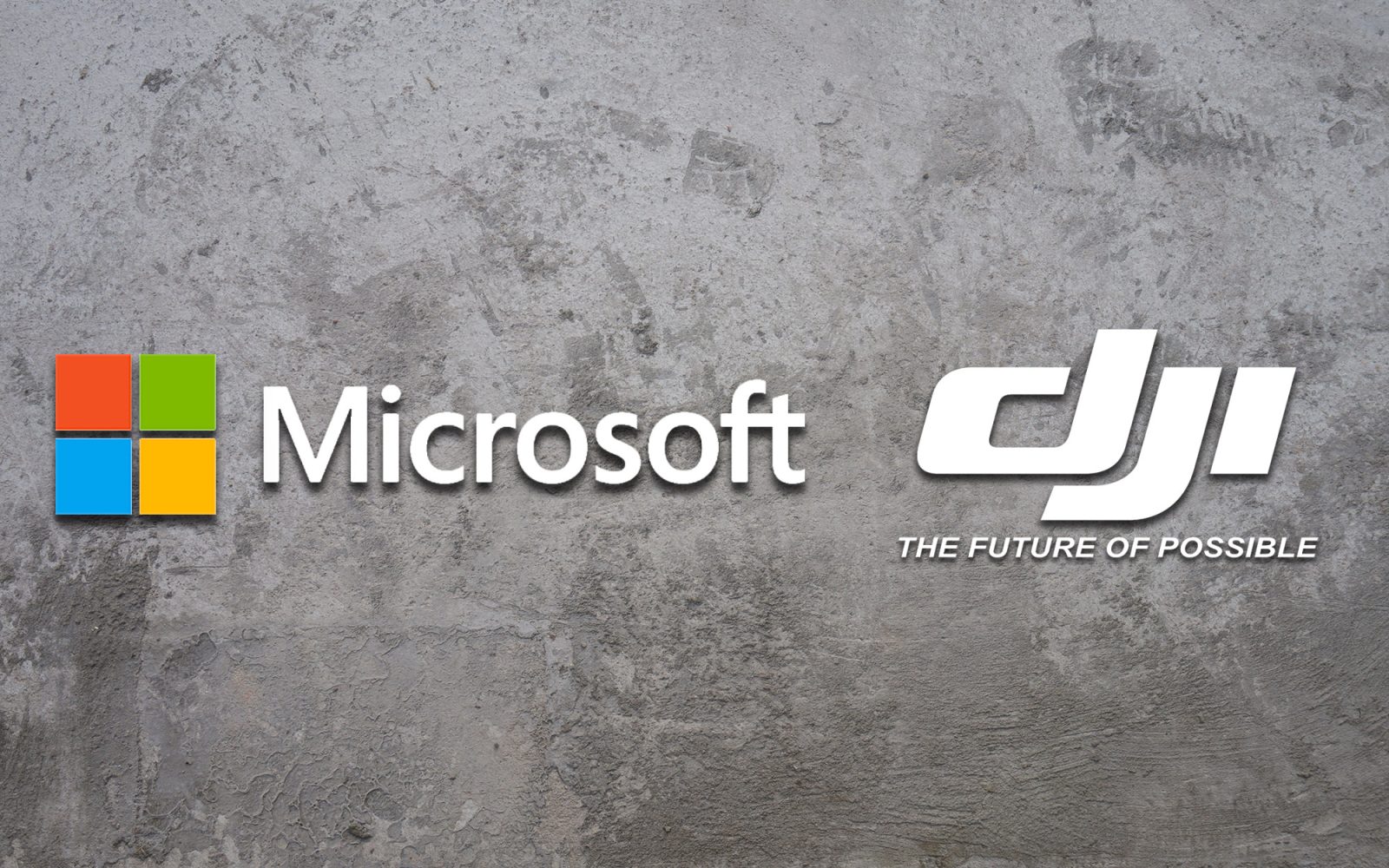 The world’s biggest drone company, DJI and tech giant, Microsoft have partnered up to create a new software development kit (SDK) that will allow developers to build “full-flight control and real-time data transfer capabilities” into Windows 10 computers. The partnership between both companies aims to create new drone services for a number of industries, including agriculture, construction, and public safety. Furthermore, the Chinese drone maker has adopted Microsoft’s Azure cloud service to deliver its own commercial drone services.

Not only will the SDK make it possible to control the drones, it will also allow for easy third-party hardware integration, like multispectral sensors or custom actuators with DJI drones. The SDK will allow customers to do a lot more with their drones than currently is the case.

Furthermore, DJI will use Microsoft’s Azure as its preferred cloud provider for commercial solutions, which will also include using Microsoft’s AI services to interpret and analyze drone images and video for their enterprise customers.

During Microsoft’s Build 2018  event the two companies showed off what the results of this partnership could be, a DJI Mavic Air drone using the SDK and Azure backend scanned and identified a damaged pipe from the drone footage. The anomaly, i.e. damaged pipe was displayed in real time on a Windows 10 application. During the event, it was also announced that DJI’s Matrice 210 RTK drone would run Microsoft’s Azure IoT onboard.

With this latest partnership with Microsoft, which has about 700 million active Windows 10 users globally, it sure seems that DJI is very serious about entering the Enterprise market.

Through this partnership, DJI is releasing a software development kit (SDK) for Windows that extends the power of commercial drone technology to the largest enterprise developer community in the world. Using applications written for Windows 10 PCs, DJI drones can be customized and controlled for a wide variety of industrial uses, with full flight control and real-time data transfer capabilities, making drone technology accessible to Windows 10 customers numbering nearly 700 million globally.

DJI has also selected Microsoft Azure as its preferred cloud computing partner, taking advantage of Azure’s industry-leading AI and machine learning capabilities to help turn vast quantities of aerial imagery and video data into actionable insights for thousands of businesses across the globe.

“As computing becomes ubiquitous, the intelligent edge is emerging as the next technology frontier,” said Scott Guthrie, executive vice president, Cloud and Enterprise Group, Microsoft. “DJI is the leader in commercial drone technology, and Microsoft Azure is the preferred cloud for commercial businesses. Together, we are bringing unparalleled intelligent cloud and Azure IoT capabilities to devices on the edge, creating the potential to change the game for multiple industries spanning agriculture, public safety, construction and more.”

DJI’s new SDK for Windows empowers developers to build native Windows applications that can remotely control DJI drones including autonomous flight and real-time data streaming. The SDK will also allow the Windows developer community to integrate and control third-party payloads like multispectral sensors, robotic components like custom actuators, and more, exponentially increasing the ways drones can be used in the enterprise.

“DJI is excited to form this unique partnership with Microsoft to bring the power of DJI aerial platforms to the Microsoft developer ecosystem,” said Roger Luo, president at DJI. “Using our new SDK, Windows developers will soon be able to employ drones, AI and machine learning technologies to create intelligent flying robots that will save businesses time and money, and help make drone technology a mainstay in the workplace.”

In addition to the SDK for Windows, Microsoft and DJI are collaborating to develop commercial drone solutions using Azure IoT Edge and AI technologies for customers in key vertical segments such as agriculture, construction and public safety. Windows developers will be able to use DJI drones alongside Azure’s extensive cloud and IoT toolset to build AI solutions that are trained in the cloud and deployed down to drones in the field in real time, allowing businesses to quickly take advantage of learnings at one individual site and rapidly apply them across the organization.

With this partnership, DJI will have access to the Azure IP Advantage program, which provides industry protection for intellectual property risks in the cloud. For Microsoft, the partnership is an example of the important role IP plays in ensuring a healthy and vibrant technology ecosystem and builds upon existing partnerships in emerging sectors such as connected cars and personal wearables. 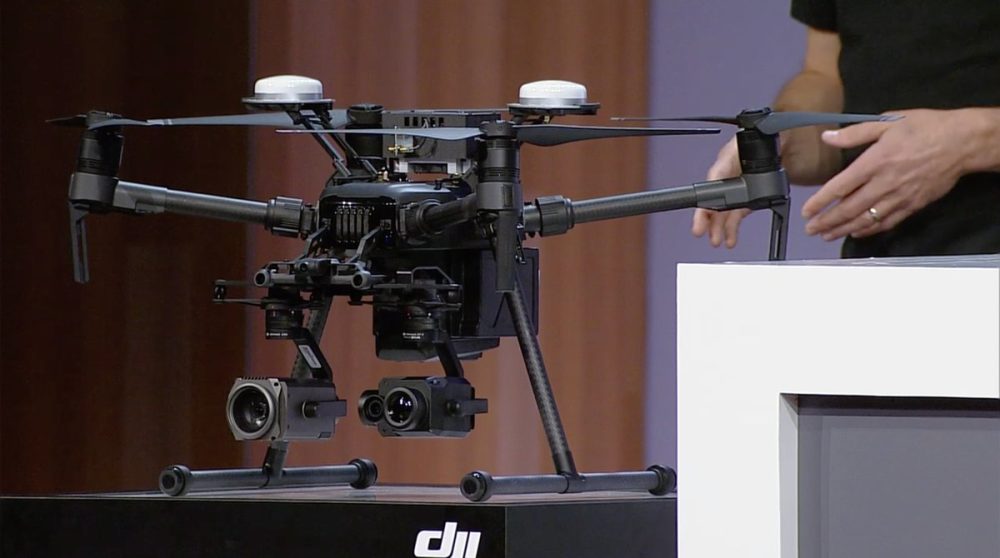 DJI’s SDK for Windows is available as a beta preview to attendees of the Microsoft Build conference today and will be broadly available in fall 2018. For more information on the Windows SDK and DJI’s full suite of developer solutions, visit: developer.dji.com.

We’re thrilled with our partnership with @DJIEnterprise! It was a pleasure to demo @Azure #IoT Edge + the Mavic Air at #msbuild. I’m also a *huge* DJI fan and own one myself ;) https://t.co/j7sW63nIBE

.@DJIGlobal + @Azure IoT Edge and an AI model. Live demo of a Mavic Air now. An M200 runs the model onboard. Early release of SDK exclusively to #MSBuild attendees. pic.twitter.com/jUqA81kzTg

1) An SDK for Windows that will make it easier for developers to craft new applications for our drones
2) Deployment of powerful AI out in the field, with drones running Azure IoT Edge https://t.co/U4wh9cYzFu