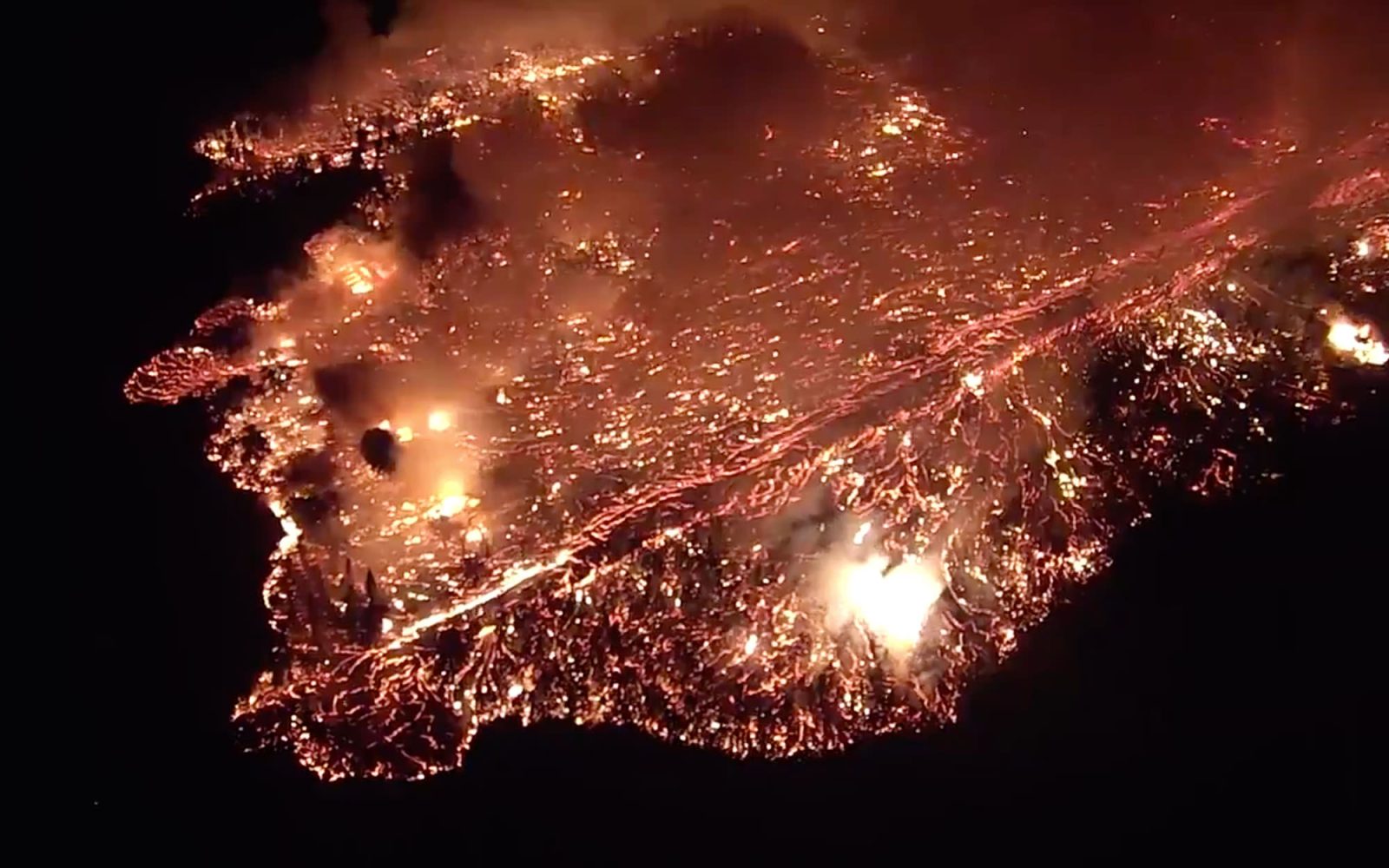 Last Sunday, a drone rescue mission from U.S. Geological Survey (USGS) in Kīlauea volcano’s lower East Rift Zone, helped guide a resident who was trapped at his residence to a team of rescue workers, who were on their way to evacuate the civilian. The individual was instructed to follow the drone back to safety. The unmanned aerial system (UAS) team could keep track of the person visually as he was instructed to use his cell phone’s flashlight. Meanwhile, the team was also assisting the rescue workers in their effort to reach and evacuate the resident.

On Sunday, May 27th, 2018, the Department of Interior UAS (Unmanned Aircraft Systems) Kīlauea response team was conducting a mapping operation in the lower East Rift Zone, monitoring the advancement of the lava flow rates and direction toward highway 132 and residential areas.

At around 7 pm the USGS drone team launched an unmanned aerial device to assess the situation in the northeast corner of Leilani Estates. Using the drone they were able to spot a new outbreak of pāhoehoe lava that was quickly toward a residential area. The UAS team then notified the Emergency Operations Center (EOC) of the lava flow and the need to start evacuating the residential area between Makamae and Nohea Streets to the north of Leilani Avenue. 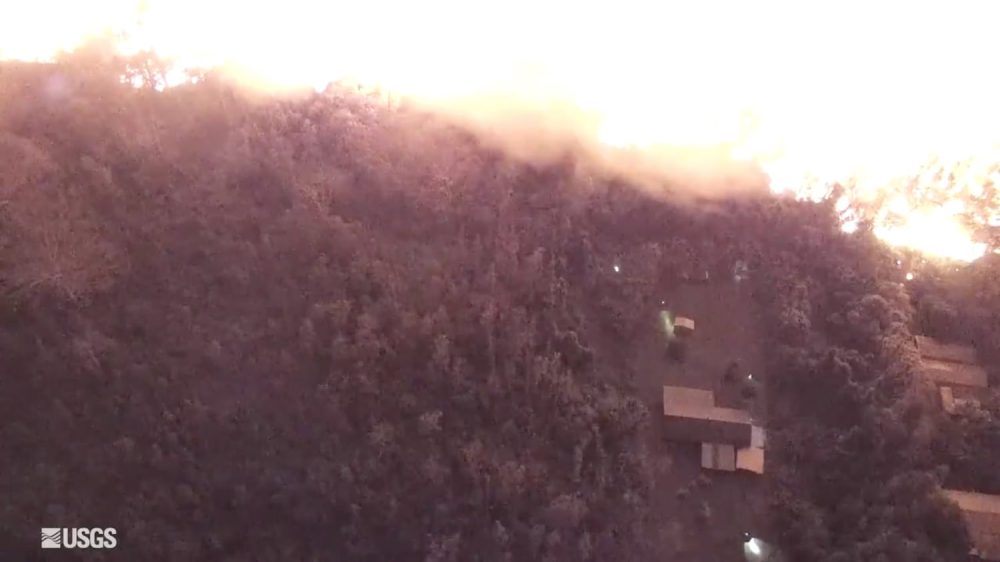 The USGS UAS team provided live coverage to emergency officials in the EOC to assist in their evacuation efforts. At some point, the team overheard radio transmissions that a civilian was trapped in their house on Luana Street. After confirming the location of the residence, the civilian was instructed to ‘follow the drone to safety.’ The drone team relayed the location of the civilian to the ground rescue team, who were making their way towards him. The use of flashlights allowed the drone team to track both the rescue workers as well as the man who was making his way down through the jungle. The first responders were able to reach the person after about ten minutes and brought him back to safety.

The USGS said about the use of the drone:

“In addition to the SAR mission, the UAS team was able to track the rate of advancement of the flow along Nohea Street and provide real-time information to field operations and live video feed to the EOC regarding the rate and direction of the flow as well as any structures destroyed. Coordination between field ops, the ground searchers, dispatch, the EOC and the DOI UAS team was very effective and we are proud to have been part of this effort.”

The video below shows the drone being used to assist the first responders to rescue the resident.

“Follow the drone to safety.” USGS UAS mission in Kīlauea volcano’s lower East Rift Zone on 5/27/18 helps guide evacuations and leads to the successful rescue of a resident after a lava pond outbreak sends a fast pāhoehoe flow down Luana Street. https://t.co/S3nUtwYMdM pic.twitter.com/kpfjQI9pOX

Video by the U.S. Geological Survey and Office of Aviation Services, Department of the Interior, with support from the Hawaiian Volcano Observatory. Live stream technology provided by NASA Ames. 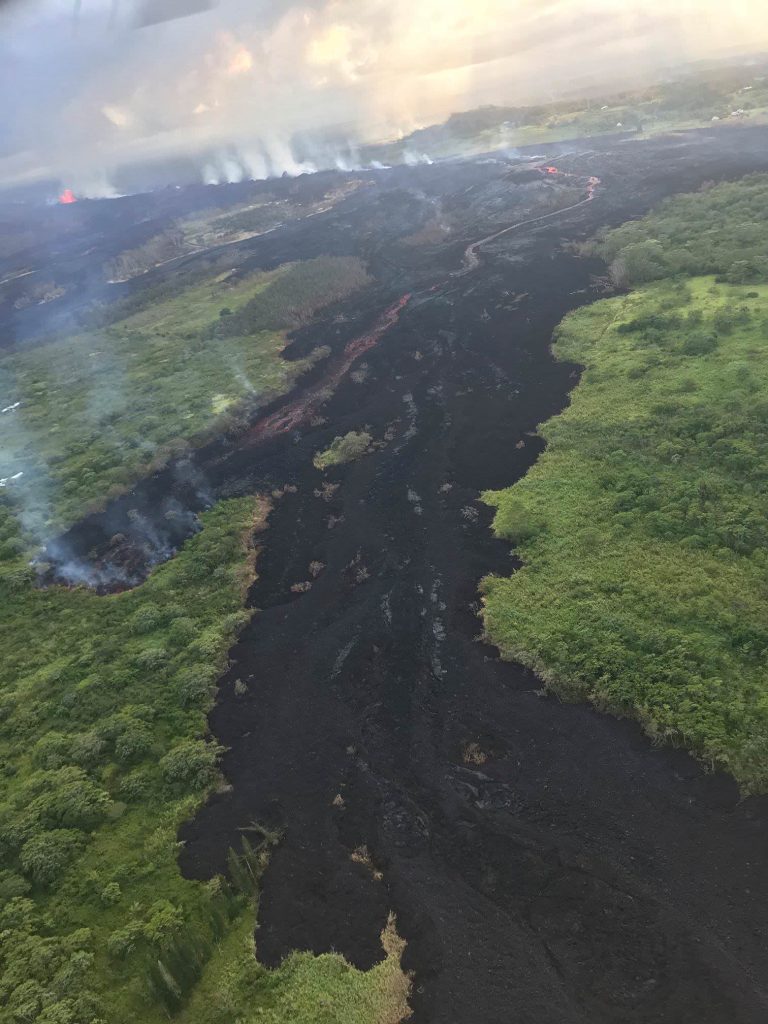