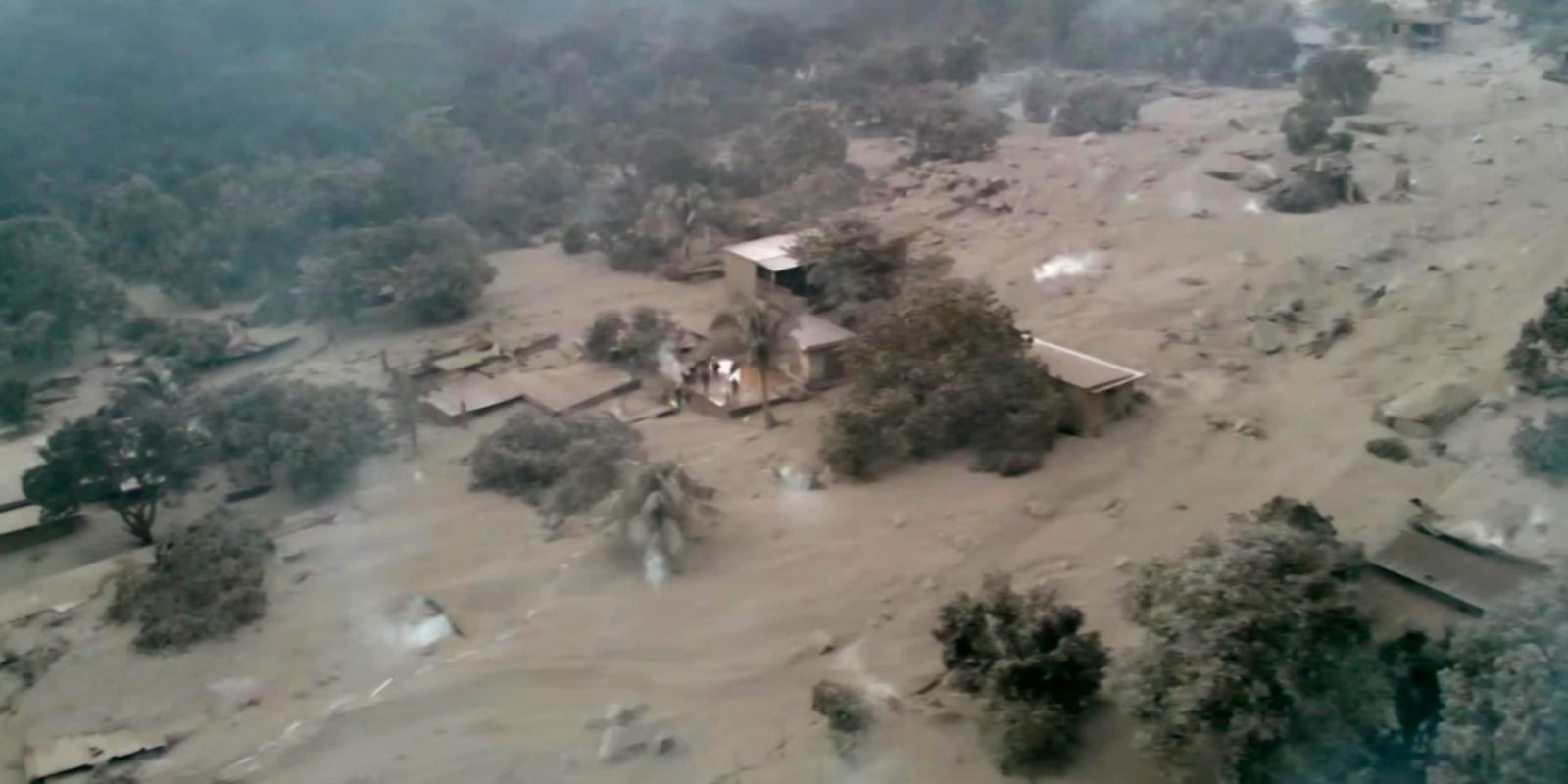 The Fuego eruption has reportedly been the most violent in more than a century in Guatemala, killing at least 25 people, and injuring many more. The eruption took place on Sunday and lasted for more than 16 hours. The pyroclastic flows, fast-moving clouds of very hot gas, mud, rocks and volcanic matter, rushed down the mountain and engulfed entire villages as you can see in the drone video below.

More than 1.7 million people have been affected by the eruption of Guatemala’s Volcano of Fire. At least 25 people have been killed and another 46 have been reported missing in what has been called the most violent volcanic eruption in over a century. Three days of national mourning have been declared by President Jimmy Morales.

The volcano, Fuego is located about 25 miles south-west of the capital Guatemala City. The BBC reported that the head of the country’s National Disaster Management Agency (Conred), Sergio Cabañas said that the town of El Rodeo had been “buried”. Other towns impacted by the volcanic eruption are Alotenango and San Miguel Los Lotes. Rescue workers expect the death toll to rise in the coming days as they reach some of these other towns.

In another video, it is shown how fast the pyroclastic flows actually moves as bystanders are taken by surprise and have to flee to safety as the flow barrels towards them through a ravine. Pyroclastic flows have been known to reach speeds of up to 437mph, almost as fast as commercial jetliners. Inside the flow temperatures can vary from 200 to 700 degrees Celsius, offering little chance of escape to people in their way.

The most well-known example of the consequences of a pyroclastic flow can be found in Italy where the two Roman towns of Pompeii and Herculaneum were covered under a thick blanket of ash in 79 AD.

The drone video that was posted on YouTube shows the aftermath and total destruction of one of the towns in Guatemala.