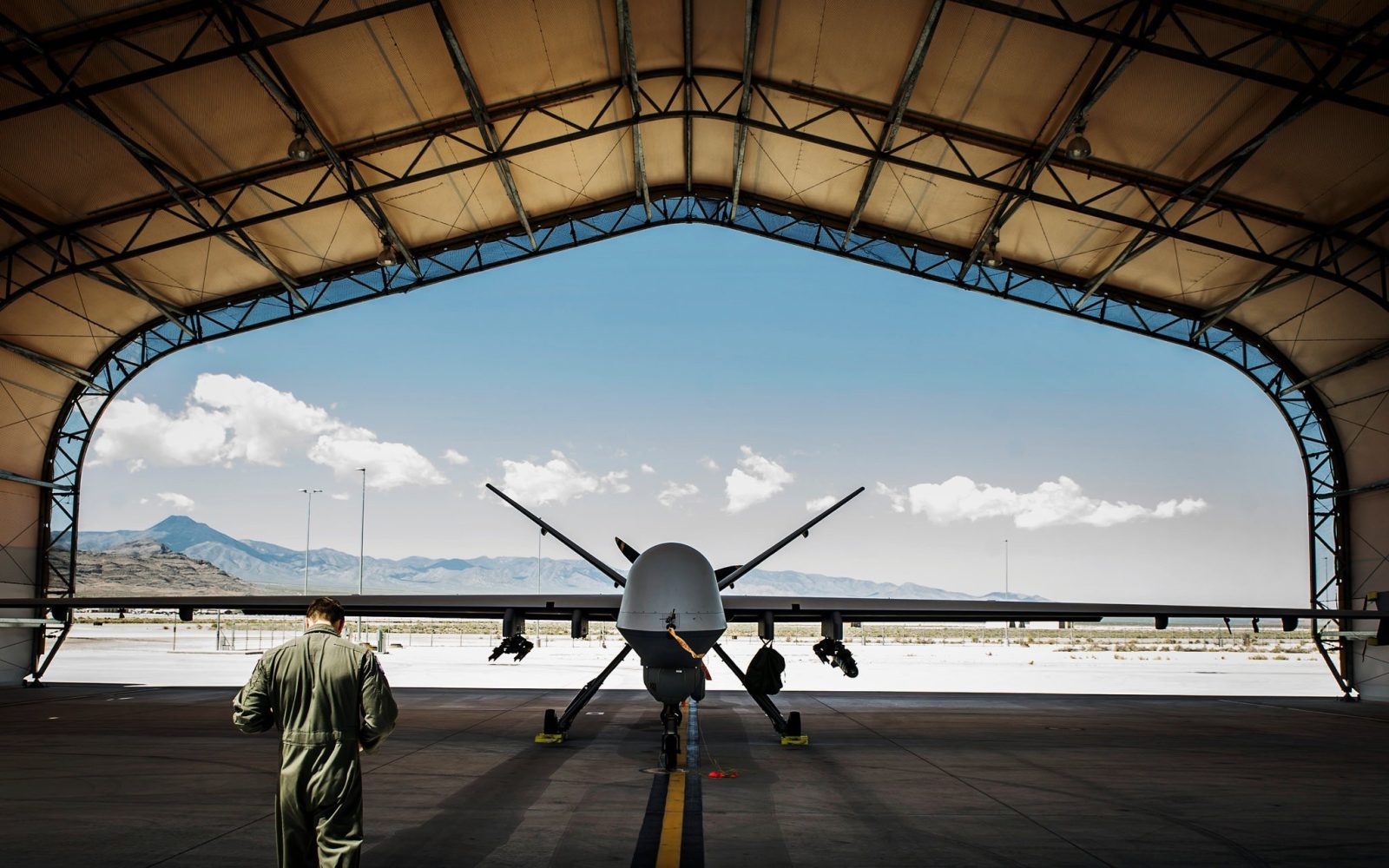 The New York Times Magazine featured a lengthy but excellent article about the ‘wounds’ that drone pilots suffer when they engage remotely in overseas wars. For instance, behind computer screens at the Creech Air Force Base in Nevada, drone pilots fly missions with unmanned aircraft such as the MQ-9 Reaper in far away places like Somalia, Iraq, Pakistan, and Yemen. Some people have thought that these ‘joystick pilots’ would escape the gravity of war but, we are now learning that they are suffering ‘moral injuries’ from their actions similarly to soldiers when they return home from battlefields.

At the Creech Air Force Base in Nevada,  the author of the article, Eyal Press has met with drone pilot, Christopher Aaron, who suffered from moral injuries. The drone pilot explains that at times it can be very difficult to make sure you have the right target insight, i.e. insurgents instead of innocent civilians. He says:

“On good days, when a host of environmental, human and technological factors came together, we had a strong sense that who we were looking at was the person we were looking for. On bad days, we were literally guessing.”

According to the article, it has been 16 years since the first missile was fired from a drone. since then drone warfighting has been increasingly used by the U.S. government as a centerpiece of the U.S. counterterrorism policy. According to the London-based Bureau of Investigative Journalism, drone strikes have killed between 7,584 and 10,918 people since 2010, including 751 to 1,555 civilians in Pakistan, Afghanistan, Yemen, and Somalia. The official numbers from the U.S. government are much lower as they state that between 64 and 116 noncombatants were killed between 2009 and 2016.

The article goes on to explain that even though the number of drone strikes increased significantly, the public seemed to be mostly unaware of the scale of drone warfighting that takes place. Public officials using words like ‘pinpoint’ or ‘surgical’ to describe the efficiency of drone strikes contributed to this notion. The drone pilots were even referred to as ‘joystick pilots’.

“Philip Alston, the former United Nations special rapporteur on extrajudicial executions, warned in 2010 that remotely piloted aircraft could create a “PlayStation mentality to killing” that shears war of its moral gravity.”

However, this seems to be an utter fantasy. Over the years it has become clear that pilots who fly and operate drones that are thousands of miles away from where they are physically located, can and do suffer from moral injuries similarly to soldiers who return home from a battlefield. The article describes Aaron starting to feel ill around 2010:

“He began to fall apart physically. The distress began with headaches, night chills, joint pain. Soon, more debilitating symptoms emerged — waves of nausea, eruptions of skin welts, chronic digestive problems.” After having consulted various doctors, Aaron tried to fight off the symptoms with fasting, yoga and Chinese herbal medicine. He had also moved back in with his parents in Lexington. MA. Especially at night he was haunted by images of “innocent people being maimed and killed, their bodies dismembered, their faces contorted in agony.”

Especially navigating between normal life and work life as a drone pilot can be difficult as another drone pilot explains.

A retired pilot, Jeff Bright, who served at Creech for five years, described the bewildering nature of the transition. “I’d literally just walked out on dropping bombs on the enemy, and 20 minutes later I’d get a text — can you pick up some milk on your way home?”

The article concludes that in the case of drone pilots, the source of distress seems to lie in the acts the pilots had committed that crossed their own ethical lines, for instance when innocent civilians become the victim of a drone strike instead of combattants or insurgents. Again, It is a lengthy article but well worth the read if you want to learn more about how drone pilots can suffer ‘moral injuries’ from the actions they took or had to take.

Photo credit: An MQ-9 drone in a sun shade at Creech Air Force Base in Nevada.CreditDina Litovsky/Redux, for The New York Times

Is the Mavic Air 2 the best drone for you? Not necessar...

Drone pilot vows fight after arrest for flying over his...

DJI bi-copter and drone frame made public by CNIPA pate...