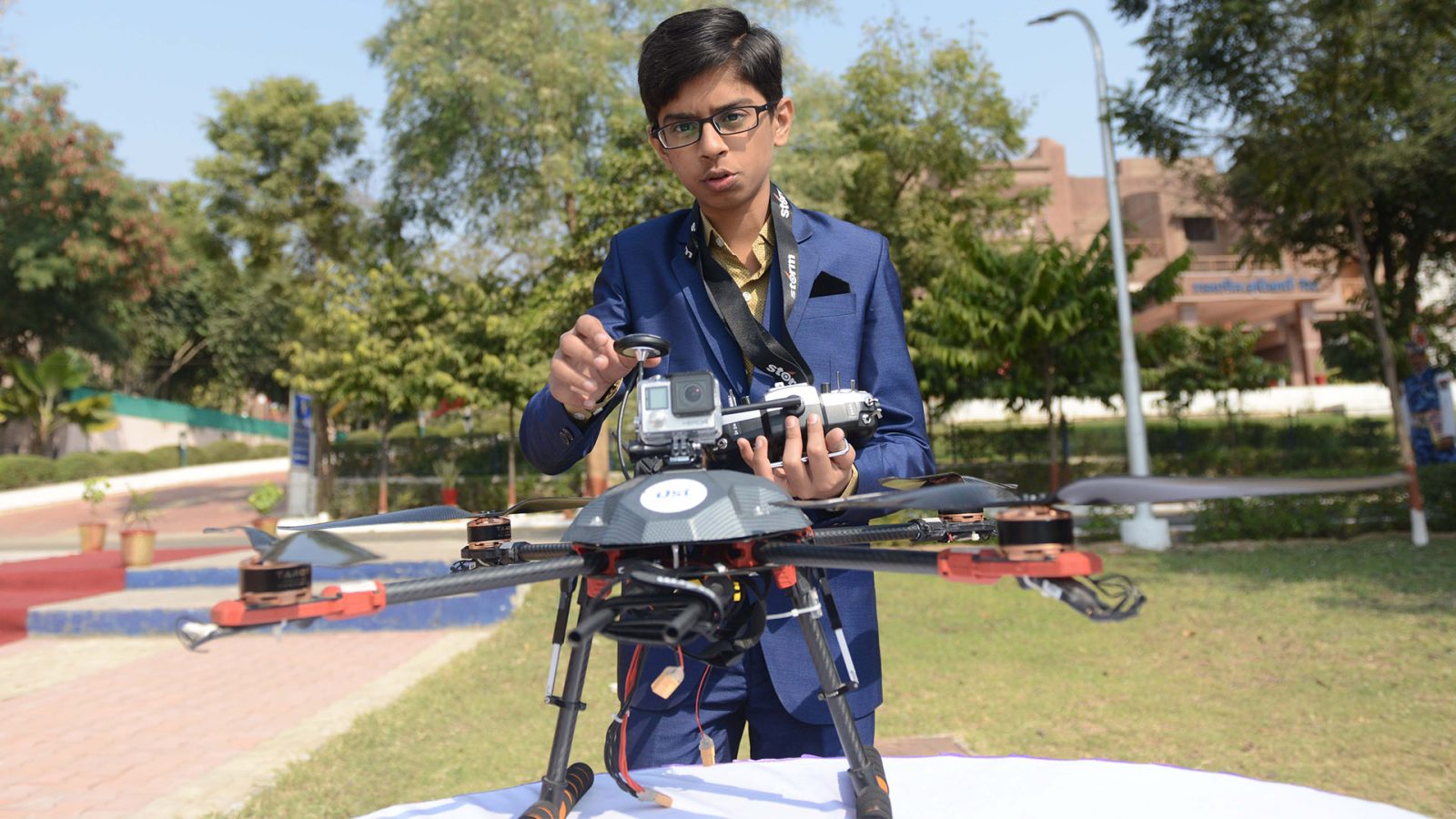 Harshwardhan Zala, a 15-year-old boy from the city of Ahmedabad in India, has a passion for saving lives across the globe. Zala has built drones that detect landmines and already has a handful of patents at his young age. The South Korean army has shown interest in his company, Areobotics7 Tech Solutions, and the technology he has invented.

In an interview with The Better India, Zala sat down and discussed some of the technology behind his invention. He begins the interview with shock value by asking:

“Do you know there are more than 100 million active landmines across the globe? My goal is to create technological solutions to save thousands of lives across the world, and this is just the beginning.”

These active landmines are the cause of approximately 800 deaths per month and don’t include the thousands that are injured for life. At the beginning of his video, Zala claims that his drones landmine detection accuracy is 93% opposed to currently used technology that has an accuracy of 51%.

Not only can his drone detect landmines almost perfectly, it can also destroy those made of plastic and metal. It provides an all-in-one solution for dealing with these dangerous devices. Soldiers don’t have to risk their lives with current means of disposing of these explosives.

From a young age, Harshwardhan Zala had been playing and experimenting with electronics. In an interview, his mother reminisces on when he built a remote control for devices around the house like lights and fans. He even created his own FM radio station.

Despite his love for tinkering with these devices, Zala lived in a house with no internet. To get online, he needed to go to the cyber café. Being under 18, he was asked to leave the first time he tried to go in, but his grandfather happily sat with him for seven to eight hours as he browsed the web. These long sessions have paid off as he has developed a brand new technology for dealing with one of humanity’s biggest problems.

As a humble, soft-spoken young man, Harshwardhan Zala hopes to continue to save lives using the technology he has created with drones. This further proves that drone technology will continue to work its way into a countless number of industries as the most efficient way to complete tasks.

What do you think about Harshwardhan Zala’s invention? Let us know in the comments below.