DJI Mavic 2 Pro and Zoom surface on website of yet another UK retailer, ‘Very’ 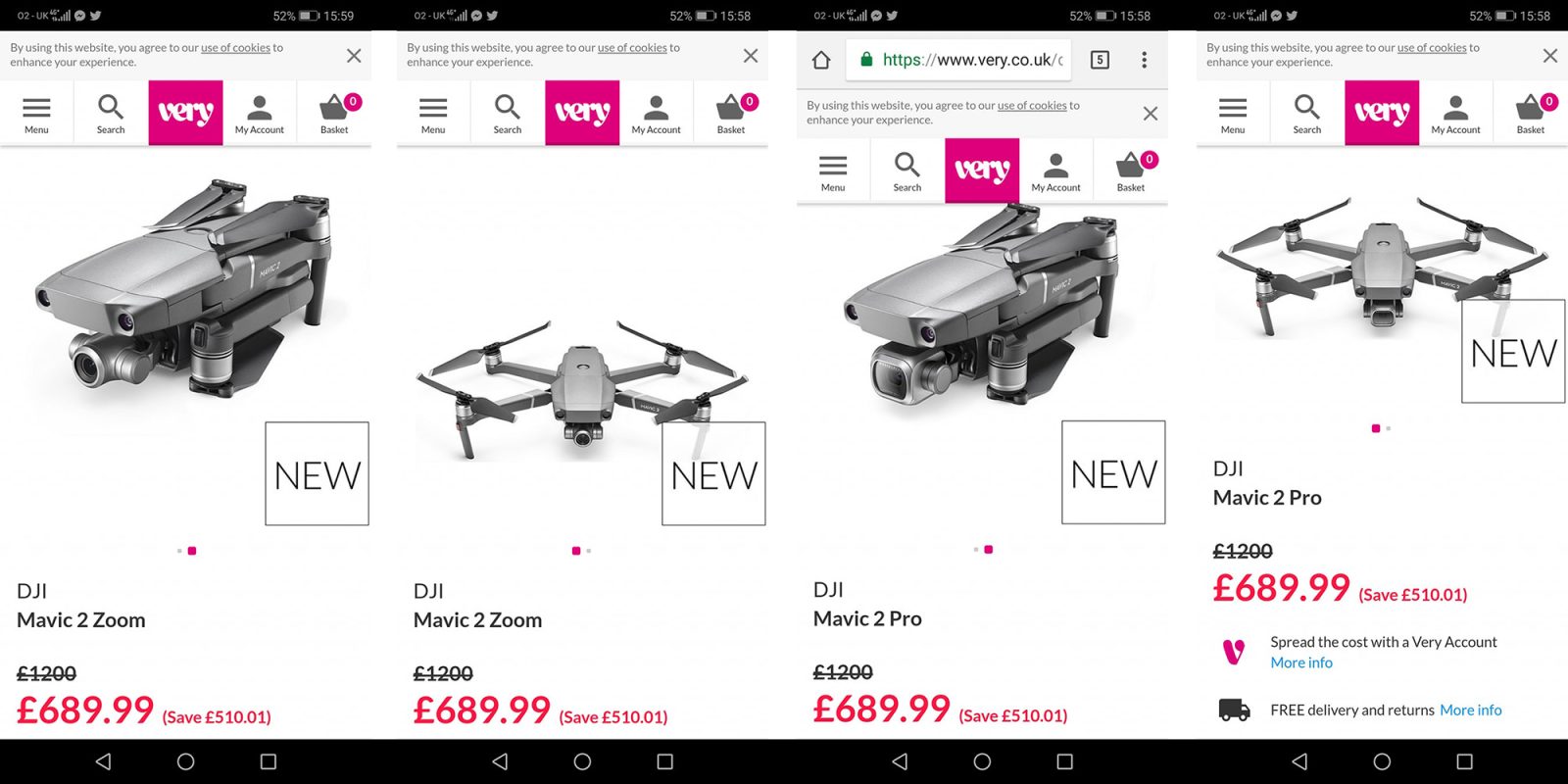 DJI doesn’t seem to get a break when it comes to the launch of the new DJI Mavic 2 Pro and Zoom drones. First, they had to postpone their ‘See the Bigger Picture‘ event. Then they had an ad showing both drones show up in the Argos catalog. Followed by a video thumbnail of the Mavic 2 Enterprise Edition on the official DJI website and now, for a short period only both drones were displayed on the website of the UK retailer ‘Very‘. Note: ignore the prices as they were likely just preparing the listings for after the event. We do not expect both drones to be priced the same, nor would they be discounted right from the start.

Just now Richard Gillmore posted on Facebook screenshots of the new DJI Mavic 2 Pro and Zoom that were accidentally posted on the website of the UK retailer ‘Very’. Some people called them out as fake images, but that does not seem to be the case as they were also seen by other people who took screenshots as well.

The retailer quickly realized their mistake but it was already too late and the images are now circulating online. The ads do provide us with some new information. For instance, we can now clearly see that the drones have the ‘quiet’ propellers we have seen before on the Mavic Pro Platinum.

The screenshots also show that both drones are priced at £1200 and were discounted by almost half to £689.99. We do not expect the drones to have the exact same price point so I would take these prices with a grain of salt. Apparently, no specs were listed for either model. 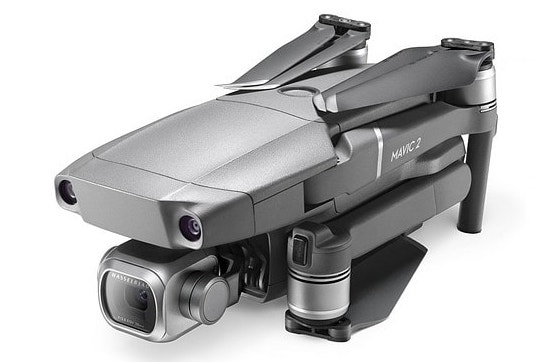