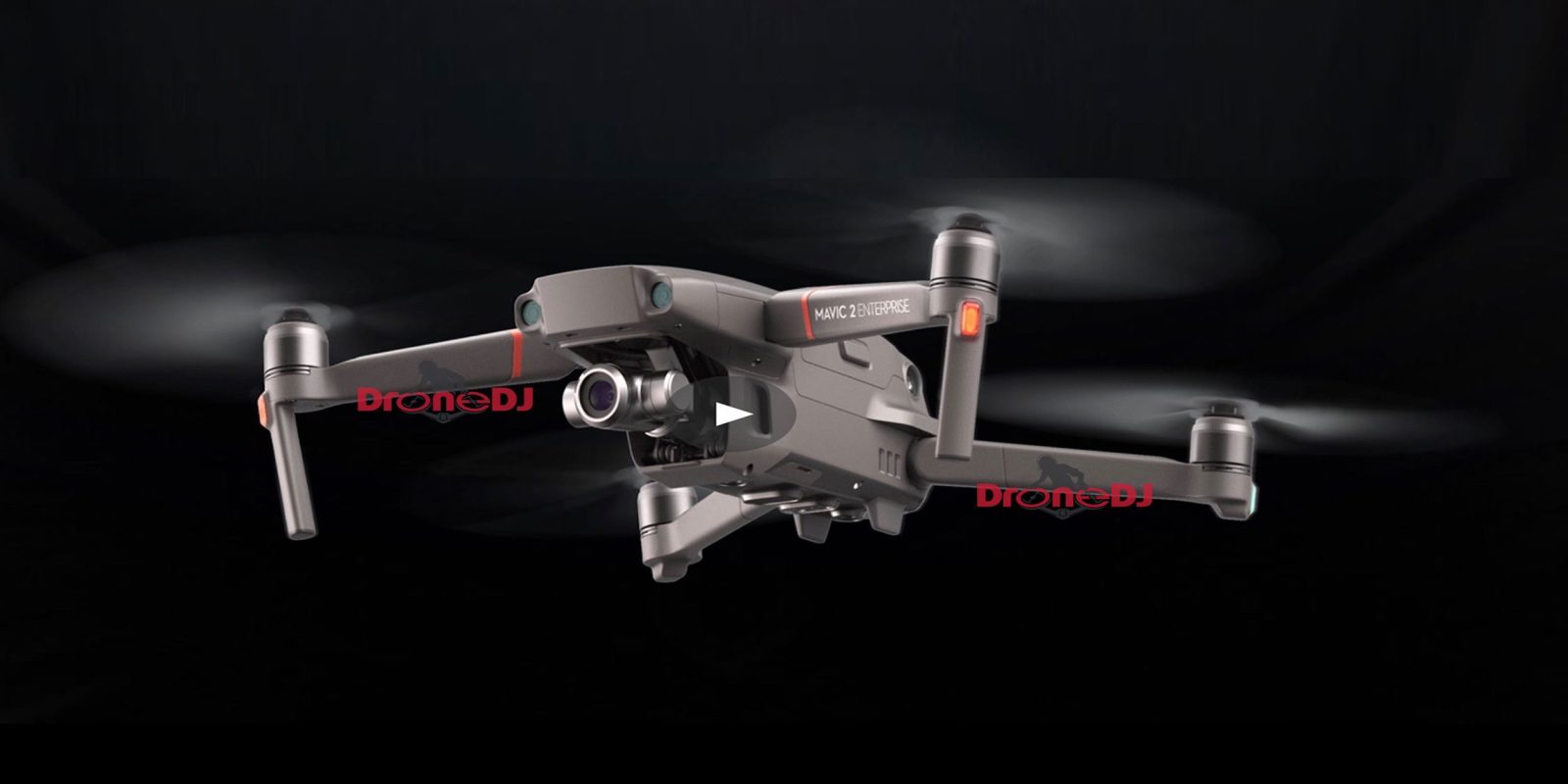 The “See the Bigger Picture” event from DJI has been postponed but more and more photos are making their way to the public domain. Today, we received a tweet from one of our readers in Germany, who spotted a photo of the new DJI Mavic 2 Enterprise Edition on the German DJI website. The photo seems to be erroneously uploaded to the site as a thumbnail of a DJI Mavic Air video. The new photo provides us with a more detailed view of the entire unmanned aircraft as well as the bottom side of the highly anticipated foldable drone from the Chinese drone maker.

One of our readers in Germany, by the name of IridiumFlare, pointed out the obvious mistake or technical error on DJI’s website. You can see the photo for yourself by going to the DJI website, scroll to the bottom of the site and in the lower right corner you will see your country and language (The United States and English in my case), click on that and select Deutschland / Deutsch. Once you have done that, you go to the Mavic Air page and scroll down a bit and you will see the distorted image of the DJI Mavic 2 Enterprise Edition showing up as the main image for a DJI Mavic Air video. As it will not be long until DJI fixes the error, I have placed a screenshot below that was taken on 7/29/18 at around 7:30pm European time. 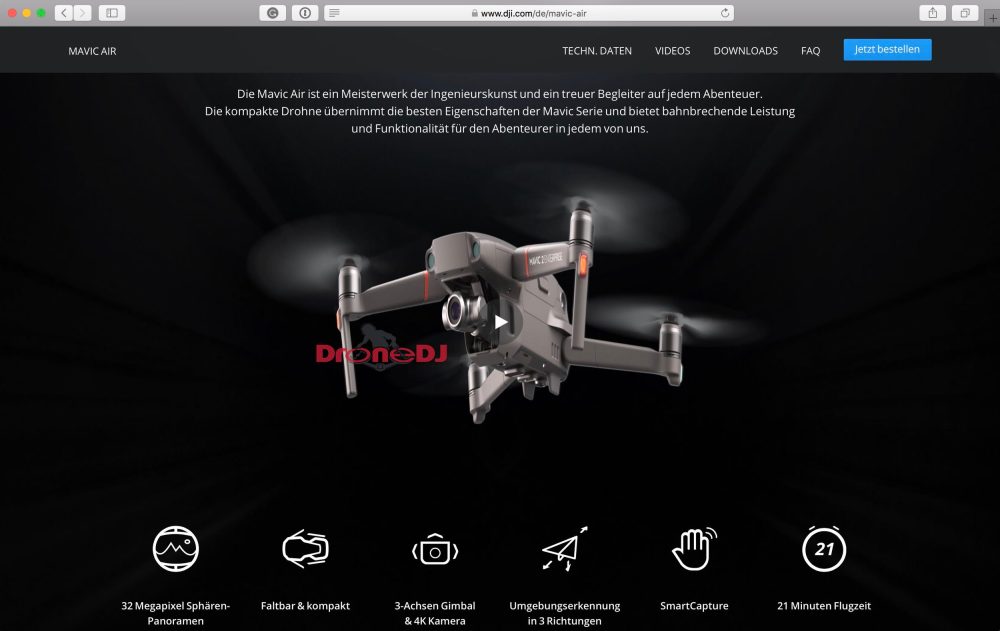 The big difference with earlier photos we have seen of the DJI Mavic 2 Enterprise Edition is that this new photo shows the drone in its entirety and shows the bottom side. Something we haven’t seen before.

As you can see in the screenshot of the German DJI website above, the photo is not supposed to be shown in this location as it is ‘squeezed’ to fit in the container. Once you stretch out the image you can get closer to what would be more natural dimensions and a few things stand out right away. Red LED lights at the end of the two front legs (same location as with the current Mavic Pro but a different shape). Green LED lights at the rear ones instead of one central green LED light on the current version.

The gimbal/camera seems to be the same one from the DJI Mavic 2 Zoom version we saw yesterday.

We can also see that the folding mechanism of the legs on the new drone is very similar to the current Mavic Pro.

From the Argos catalog, we already know that the new Mavic 2 will come with omnidirectional obstacle avoidance, APAS and Active Track 2.0. In this photo, we get a more detailed look at the sensors at the bottom of the drone as well as the side that make these features possible.

As far the rumored replaceable camera/gimbal construction, it is hard to tell based on this photo whether that will, in fact, be an option. The gimbal appears to be attached to the drone at the top but at the same time, there seems to be some kind of spring-loaded system behind the gimbal. This may be part of the gimbal’s ‘suspension’. Let’s us know in the comments what you think about this.

The air vents on the side of the drone may be just cosmetic. It is hard to be sure based on this photo but it seems as if they may not be actual openings on the Mavic 2’s body.

The photo also shows us the side release button of the battery. Again similar design and functionality as the current DJI Mavic Pro although it seems that the exact shape of the battery will be different from the current Mavic Pro. 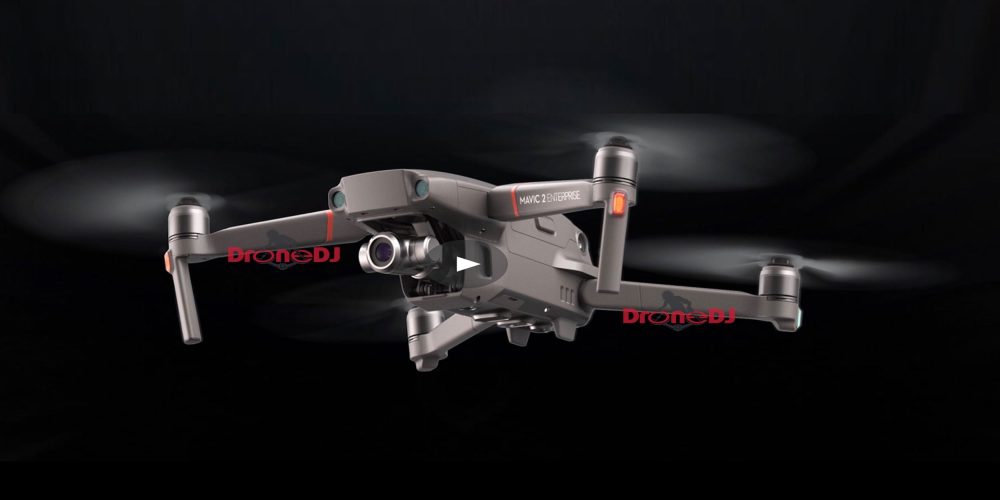 What else do you see in this new photo of the DJI Mavic 2 Enterprise Edition? Let us know in the comments below.