First Impressions: The DJI Inspire 2 is the king of the sky 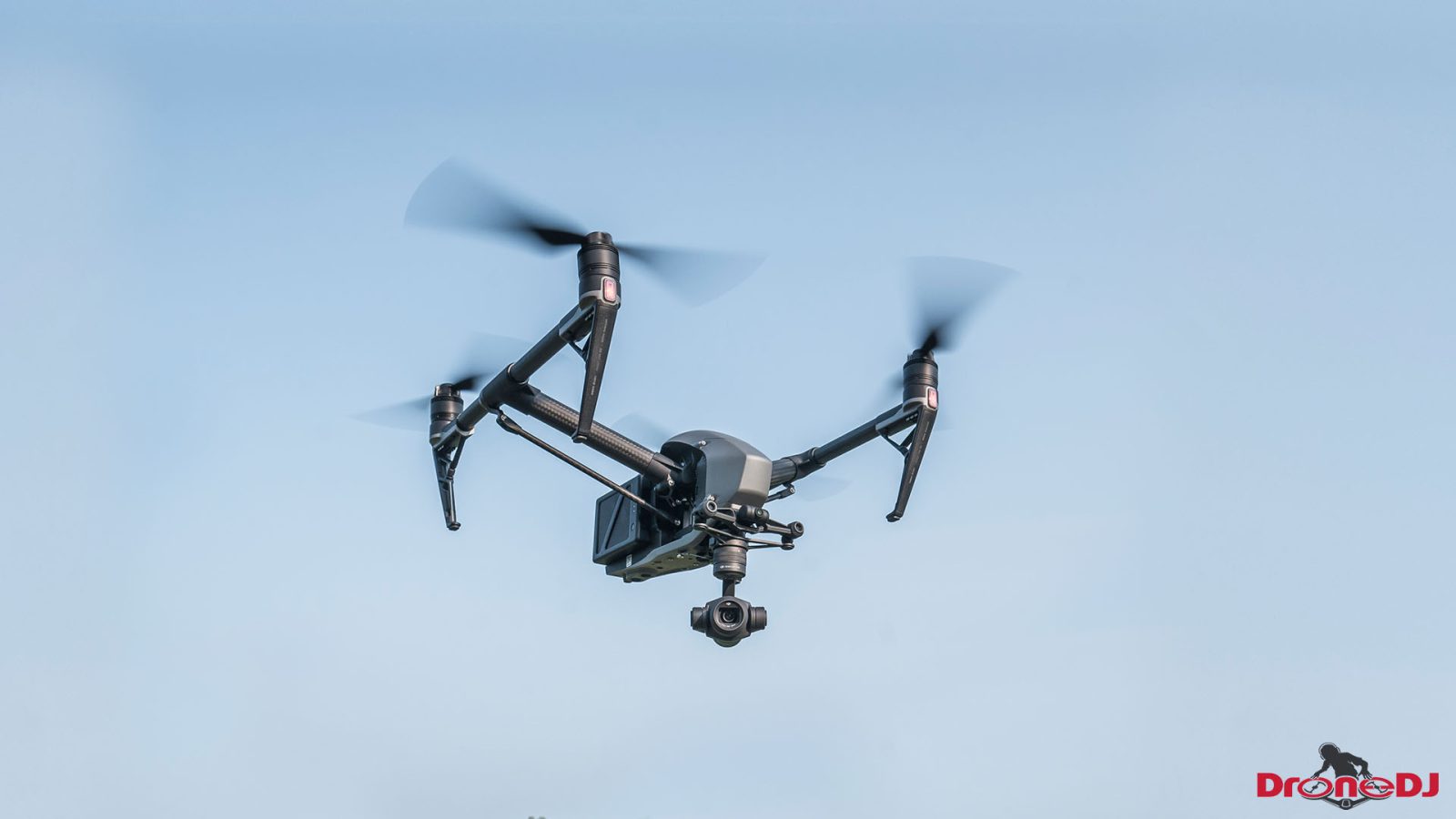 The DJI Inspire 2 is an aerial cinematographers dream drone with its seemingly endless versatility in the air and unmatched performance. My drone of choice has been the Phantom 4 Pro for the past 2 years but since upgrading to the Inspire series I haven’t looked back. The Inspire 2 aircraft is sold separately from the various cameras DJI sells so while I won’t be showcasing any footage today, I certainly will be focusing on what makes this one of the most powerful drones DJI has produced.

The Swiss Army knife of drones

The sheer versatility of the Inspire 2 is the reason it is my favorite drone to fly right now. So many new shooting possibilities have been made possible because of everything this drone is capable of.

Mountable gimbals leave room for future cameras to be added down the line thus improving the Inspire 2 entirely. Just recently DJI introduced the Zenmuse X7 with a compact Super 35 sensor that can shoot CinemaDNG RAW video at 6K. Commercial payloads like the Zenmuse Z30 and Zenmuse XT2 change the Inspire 2 from an aerial filmmaking platform to a surveying workhorse. 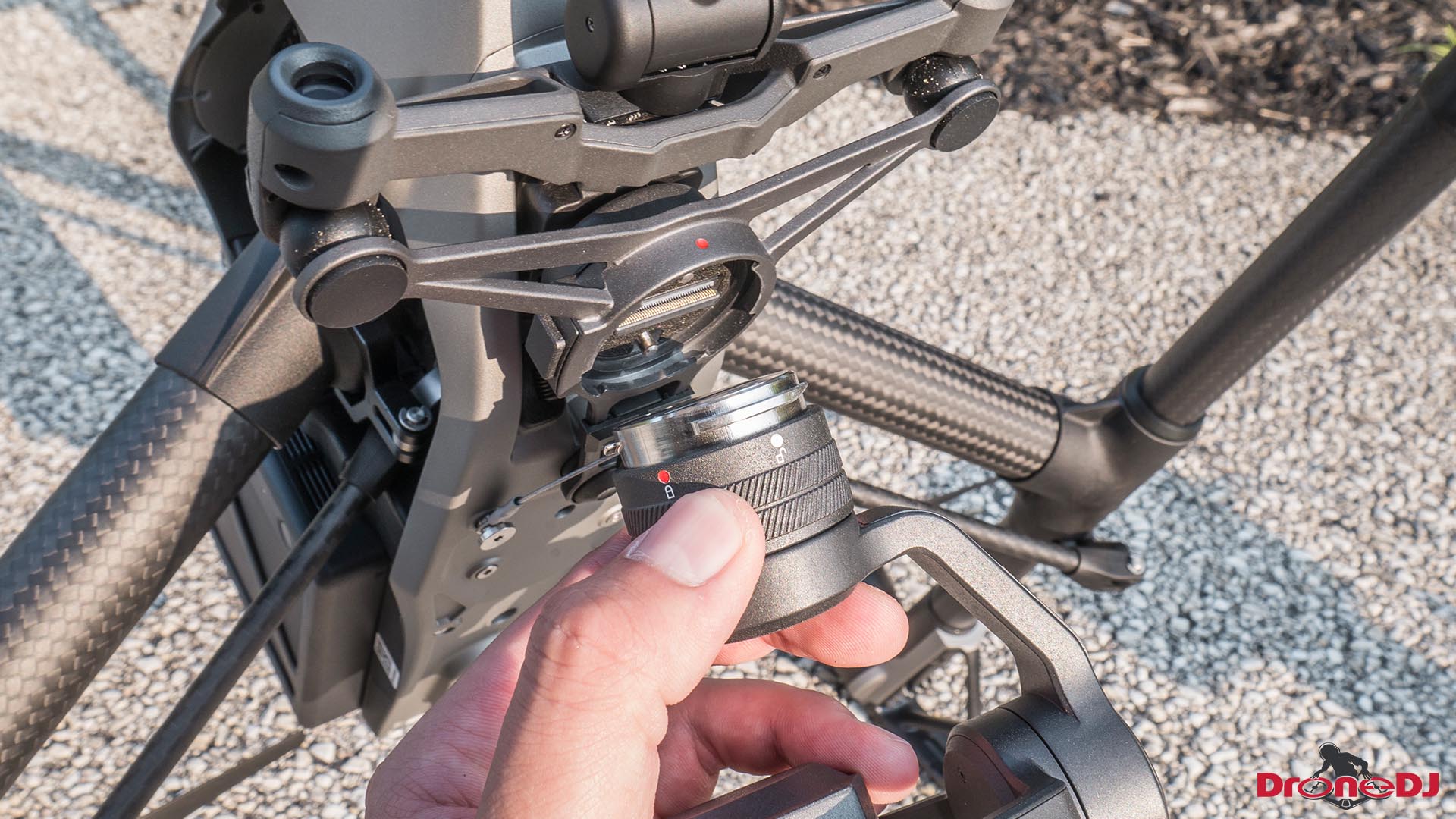 Staying on the theme of cameras, the gimbal is able to pitch like most other drones equipped with gimbals can on the market; but it can also yaw and roll for different shooting angles. With the drone hovering in mid-air, without needing to rotate, the camera is able to spin around 360 degrees and look any way the operator points. This makes flying the Inspire 2 with two operators seamless as the one controlling the movement of the drone can always be facing forward while using the included FPV camera while the one operating the camera can face in any direction they need to when shooting.

All of the small bells and whistles separate this monster drone from the pack as it resembles a Swiss Army knife through attention to detail. The second generation Inspire is a major step up from the first which shows DJI is listening to their consumers by making changes to enhance the usability of the drone.

A drone that demands respect

It’s no secret when someone has a drone in the air. The noise of the propellers is likely to catch someones attention, and when it does, inquisitive bystanders aren’t afraid to blurt out a slew of questions that probably start with “how much did it cost?” or “how far can it fly?” When they see the Inspire 2 in the air, they know I mean business and often just start by saying “wow.” It’s funny because I say that too every time I see the landing gear lift after take off.

What I am trying to get at here is the Inspire 2 demands respect in the sky. Its cool factor is off the charts with landing gear that lifts above the body of the drone and is fully outfitted in dark, stealth colors. 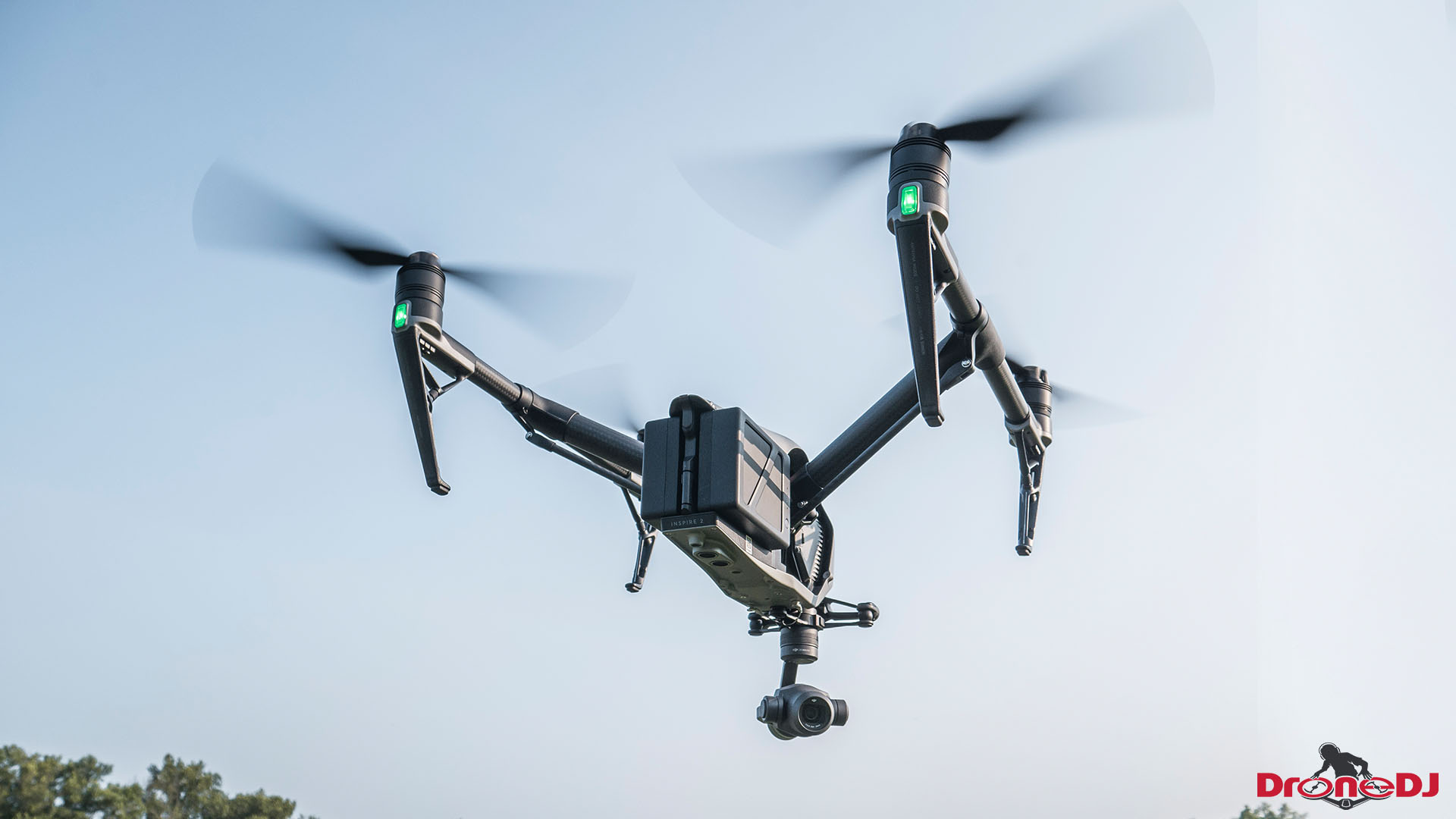 Looks aren’t everything as the performance of this drone leaves all others in the dust with a top speed of 58 mph in sport mode. The advertised flight time is 27 minutes (with Zenmuse X4S) which is fantastic, but for a drone that uses two 4,280 mAh batteries at once, I would have expected longer. The hot-swappable batteries make me forget about this as I can land to pop in new batteries and be back in the air in roughly 10 seconds. No more waiting for the IMU to reinitialize or GPS to reconnect.

The flight experience between something like the Mavic Pro and Phantom 4 Pro are similar in the sense that they share the same features. Sure, they have special features to better suit their unique designs, but the Inspire 2 has some helpful features baked in that I have never seen before; the customization is truly endless.

An example of this is the ability to change the max speed while descending. Options range from the standard 8.9 mph all the way up to 20.1 mph

The C1 and C2 buttons on the back of the remote are highly customizable with 13 different options ranging from camera positioning to specific features (like performing a manual quick spin). All of these options are very useful so it’s hard to choose whereas some of the features available through the Phantom 4 Pro seem pointless to me.

Small features are even included under the remote controller settings within the DJI Go app to choose whether or not your mobile device will be charged by the remote or not. I won’t lie… that blew my mind when I was first skimming through the settings.

Within the app itself, the team behind the Inspire 2 has outdone themselves to make sure every part of this drone is customizable to the liking of the pilot to enhance the flight experience.

The pitfalls of the Inspire 2

With a drone being this feature packed, it’s hard to come up with reasons not to use it. Although the large frame of the Inspire 2 allows it to carry heavier payloads (larger cameras) and fly faster, this leads to its first pitfall; the drone is so large that it’s inconvenient to transport. Besides price point, a drone like the Mavic Pro is a much more favorable option because of how easy it is to carry in any bag by folding the arms.

The second pitfall is the setup time that goes into getting the Inspire 2 in the air. Before my first flight, it took me approximately 20 minutes to take the drone out of its case and begin flying. I have since gotten into a rhythm putting things together, bringing that time down to around 5 or 6 minutes. This is still nowhere near the speed of just unfolding the Mavic Pro, but I don’t mind the extra few minutes of setting up knowing I’ll get access to all of the benefits that come from flying and shooting with the Inspire. 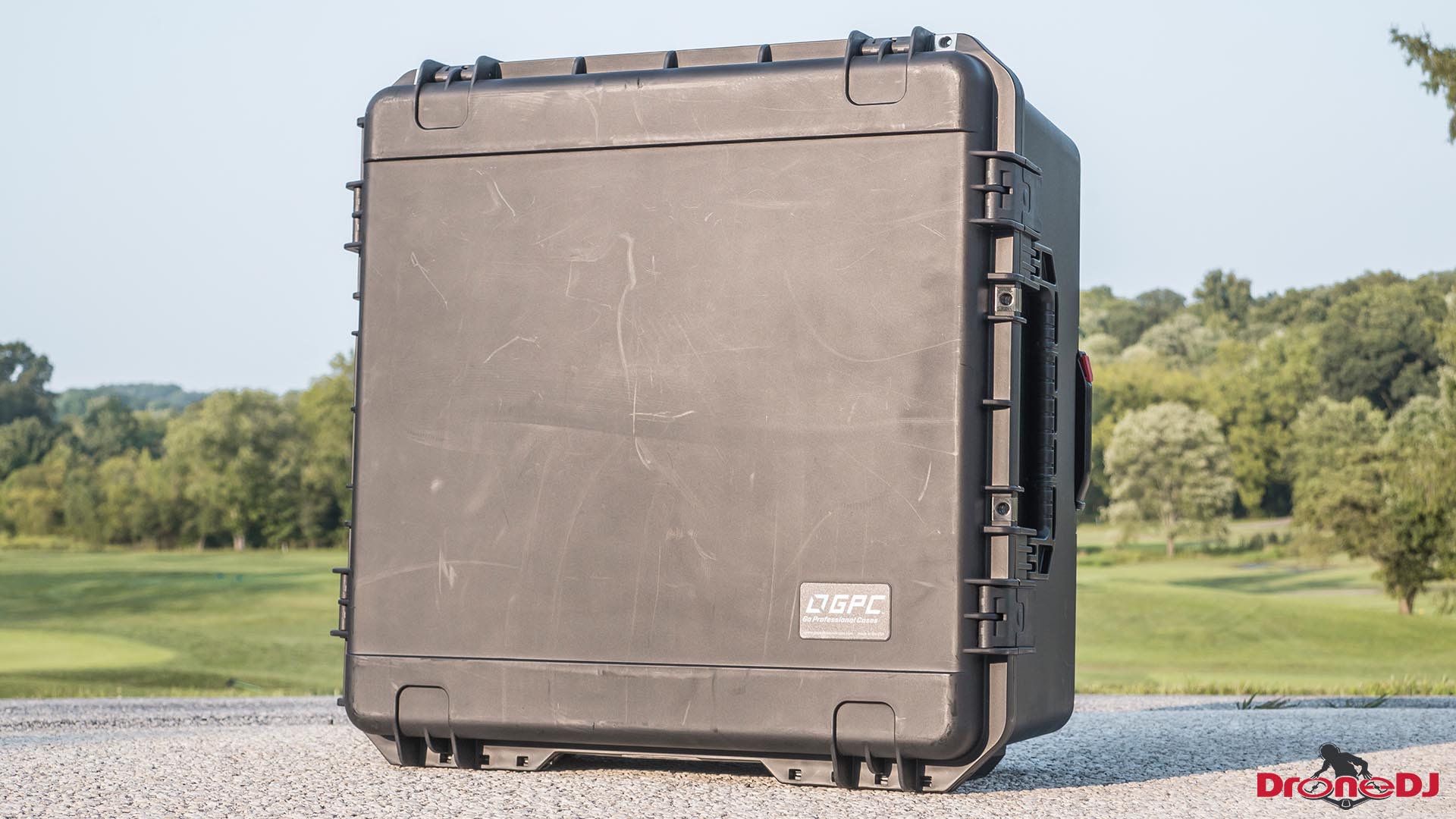 The case I use is the GPC Landing Mode case which provides superior protection… but it weighs 75 pounds. Luckily, it comes with wheels! If you’re more of a backpack person for traveling purposes, Lowepro does have their DroneGuard Pro Inspired bag that allows you to carry an Inspire 2 and plenty of accessories on your back.

A drone at the top of its class

There is an incredible amount of information to cover when it comes to the Inspire 2 and all of the potential accessories that can be used to increase versatility. I personally have only scratched the surface when it comes to this, but in terms of just using the aircraft for a little over 26 hours of flight time, I can vouch for the high price tag. The Inspire 2 is indeed at the top of its class with no competition in sight, look no further if you are in the market for a high-end aerial platform.

What do you think about the DJI Inspire 2? Have you gotten the chance to fly one? Let us know in the comments below.