DJI ActiveTrack 2.0 on the Mavic 2 Zoom and Pro tested by DC Rainmaker [video] 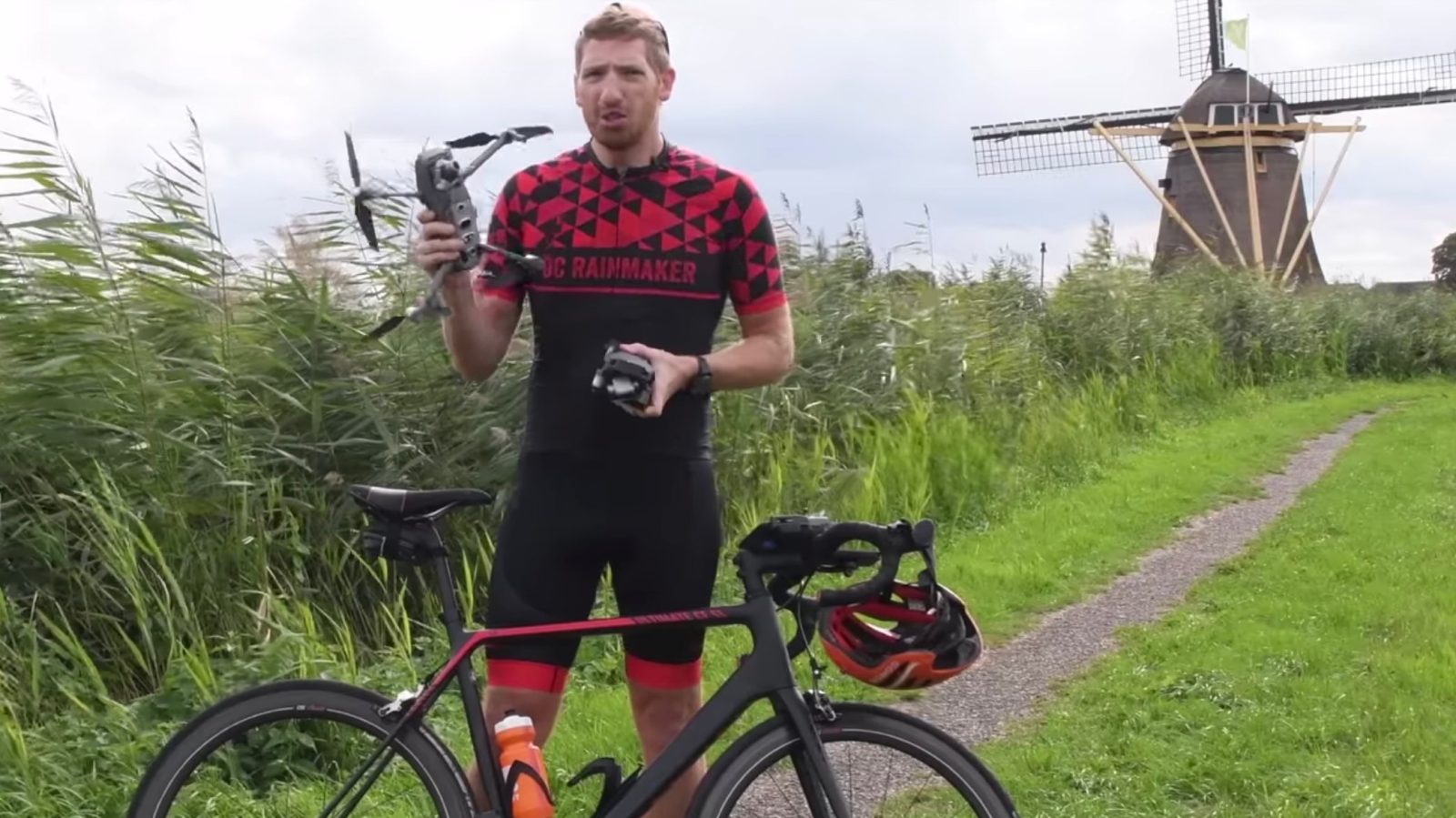 One of the dramatically improved features of the new Mavic 2 Zoom and Pro drones is DJI’s ActiveTrack 2.0. Where in the past ActiveTrack would lose its subject quite easily, it now locks on with much greater confidence and also attempts to predict your movements up to three seconds into the future so it won’t lose sight of you when you suddenly disappear behind small trees as DC Rainmaker shows in his video. Is it as good as the Skydio R1? No, it isn’t but it is a big step up from the original ActiveTrack.

DJI introduced ActiveTrack 2.0 on the new Mavic 2 Zoom and Pro models and the tracking system now uses the main camera and the two optical sensors to track you with much greater precision than before. The drone creates a 3D map of your environment and attempts to predict your movements up to three seconds into the future.

During DC Rainmaker’s test in the beautiful Dutch countryside (windmill, check!), it was very windy but that didn’t cause any problems for the Mavic 2 Zoom. The Mavic Pro was already known for its ability to withstand strong winds and the new Mavic 2 seems to be at least as good. ActiveTrack 2.0 can be used up to the drone’s max speed of 44 mph.

It also has the option to track you in a ‘safe’ mode that activates all the sensors on the Mavic 2, including the one at the top that should prevent the drone from flying upwards into trees and such.

You can still use the zoom feature on the Mavic 2 Zoom while in ActiveTrack mode, which is really nice to get more creative shots. Especially when used in combination with Spotlight mode.

To start ActiveTrack you simply tap on the subject that you’d like the drone to track. DC Rainmaker cycles up and down a bike path to test some of the ActiveTrack features and you can see that the drone does much better than previous models, but it still loses the subject at times. In one situation, DC Rainmaker bikes towards the drone and the aircraft loses him when he gets too close and bikes underneath it. At one point in the video, he reaches a top speed of 28 mph and the drone has no problem keeping up with him. Very impressive!

DJI tells us on their website that the improved ActiveTrack 2.0 uses the following:

Precise Recognition – Previously, ActiveTrack mainly relied on 2D images from the main camera to track a subject. Now with ActiveTrack 2.0, the Mavic 2 maps a 3-dimensional view of the surrounding environment through the main camera and forward dual vision sensors for greater recognition and accuracy.

Trajectory Prediction – Trajectory prediction algorithms help to maintain tracking when your subject is blocked by an obstruction temporarily.

High-Speed Tracking – In open and unobstructed environments, the Mavic 2 can track fast moving subjects like cars and boats at speeds of up to 72 kph.11

Obstacle Sensing – When tracking a target, the Mavic 2 can plan a flight path on its 3D map. It will sense, recognize, and avoid obstacles in front of and behind the aircraft, all while shooting your target without interruption.

This test took place in The Netherlands where we do not have any real hills to speak of, so we don’t yet know how well ActiveTrack 2.0 will follow a subject going down a hill. This is something we will soon test out ourselves and we will share our findings with you here.

The ultimate drone today, when it comes to tracking a subject autonomously, is still the Skydio R1, which with its 13 cameras is scary good in following you. However, that drone is both a lot more expensive ($2,500) and also much more limited in the ways you can use it. Overall it is very promising to see DJI make such an improvement with ActiveTrack 2.0. It is not quite at Skydio’s level, but it is a lot better for sure and bodes very well for future DJI drones!

Btw – be sure to also watch iPhonedo’s video where he reviews ActiveTrack 2.0 as well.

What is your experience with ActiveTrack 2.0? Let us know in the comments below.