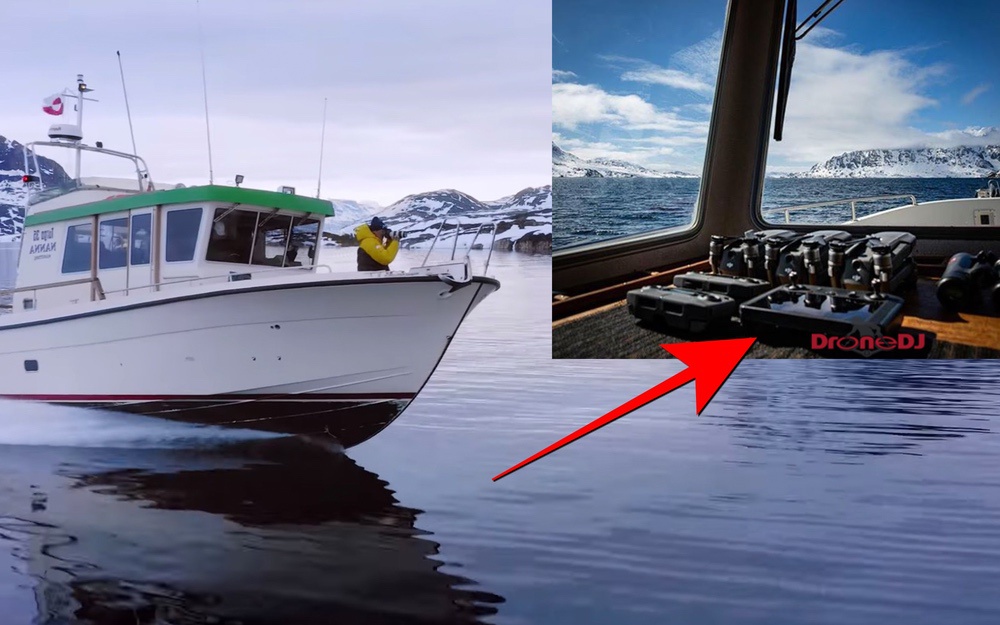 Over the last few days, some people with a sharp eye had spotted a controller in some of the visuals from DJI that looked very different. The company had already mentioned that a new remote controller for the Mavic 2 is on the way and that it will have an integrated screen. Today, it seems that we have found the first photo that actually shows the controller with the display visible. One of the directors who worked on the footage from Jimmy Chin’s trip to Greenland posted this photo on Facebook and later on deleted it after realizing his mistake. Luckily it was online long enough for one of our readers to capture it.

A new controller for the Mavic 2

The photo was passed on to us by another drone enthusiast, by the name of R. Stidston (thank you!). And even though it is of very low resolution, it doesn’t take a trained eye to see, in the photo below, three Mavic 2 drones with two normal remotes and one very different remote controller that includes a built-in screen.

The remote itself seems to have two additional buttons on the top that are missing on the normal remote. We are not sure if those are shortcuts to certain functionalities, which would be a nice feature to have. We expect this remote to make its way to consumers soon enough. This remote could also be used for the DJI Mavic 2 Enterprise Edition we have seen before. We assume that the screen itself will be similar to DJI’s CrystalSky screen used

The boat in the leaked photo seems to match the same boat that shows up in the official DJI footage here and here.  And after going through a number of Facebook posts from the director of the video footage, it becomes evident that this person indeed worked on DJI’s video material and accompanied Jimmy Chin on his trip to Greenland to capture the cinematic footage him climbing to the top of a mountain and skiing back down. 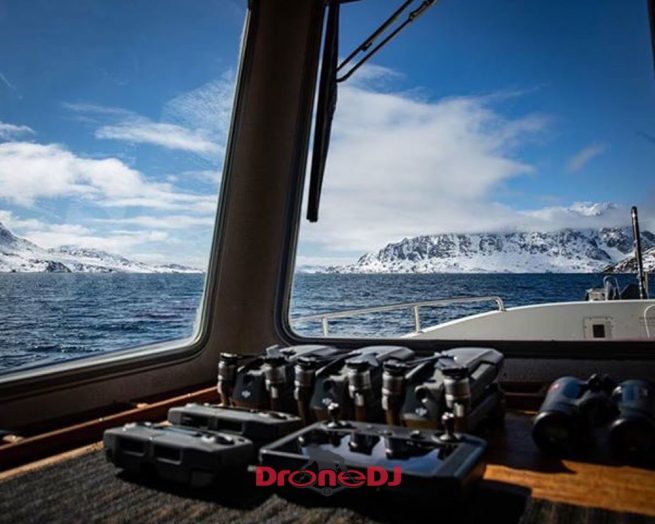 when brighten the image, it look very different indeed! pic.twitter.com/txGCdgCh3M

What do you think about a remote control with a built-in display for the Mavic 2? Let us know in the comments below.