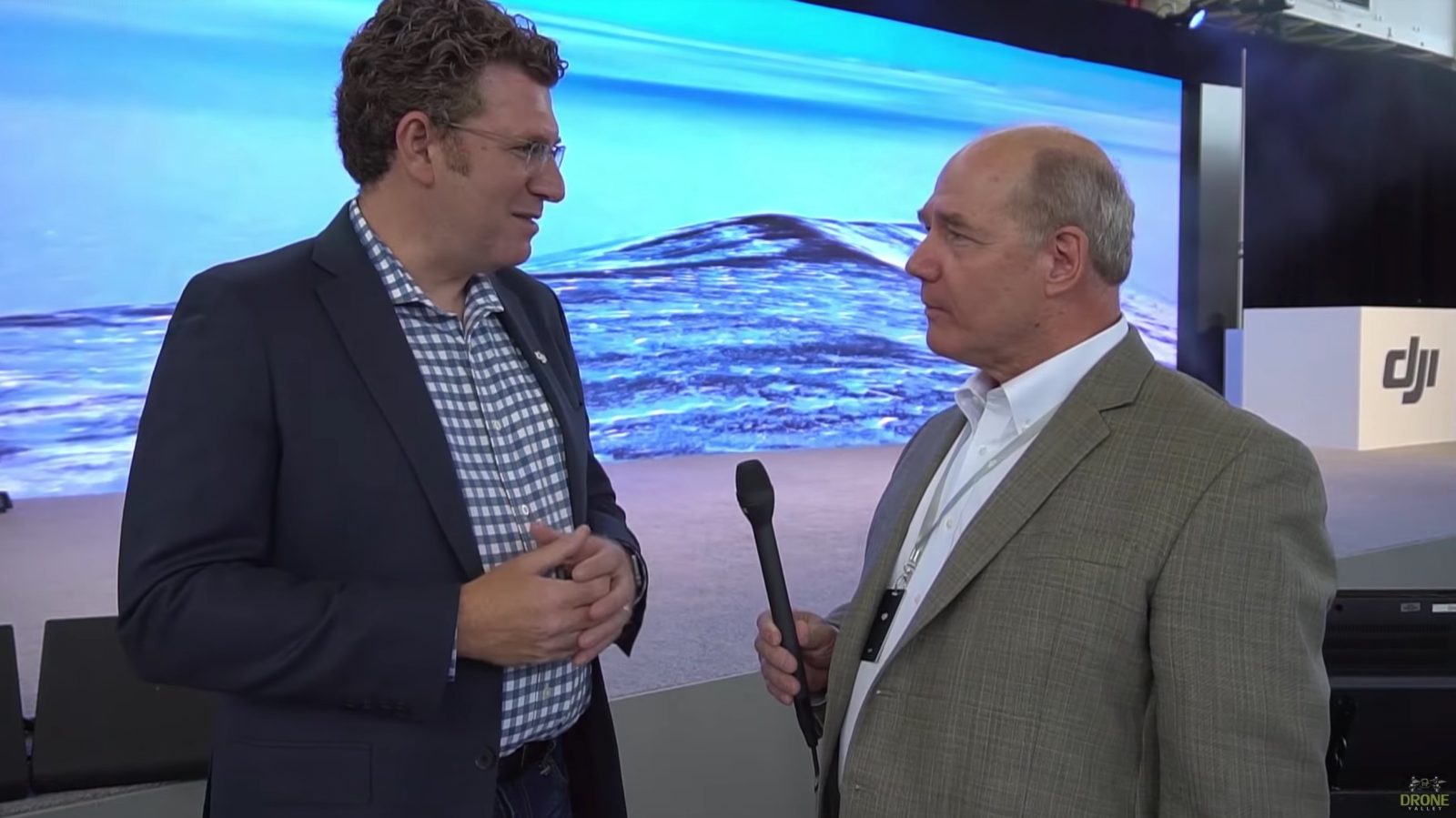 Rick from Drone Valley interviewed two key people from DJI; Adam Lisberg, Corporate Communications Director North America and Michael Oldenburg, Products Communications Lead, who also gave the main product presentation during the ‘See the Bigger Picture‘ event that brought us the Mavic 2 Zoom and Pro drones. The interviews are well worth watching for anybody with a serious interest in drones, as Rick tries to get some ‘extra’ information about possible new products and discusses the legal challenges drones pilots and DJI deal with when it comes to flying drones in the U.S.

The first interview is with Michael Oldenburg, DJI’s Products Communications Lead. It is the shorter of the two interviews and they talk about the new Mavic 2 and how it represents according to Michael:

“a huge step up for the Mavic series really putting it on par with the Phantom 4 Pro but now you get that quality in a package that is significantly smaller.”

DJI aimed to make the Mavic 2 like a DSLR camera with the same or very similar features packed into a drone. Rick points that DJI does make it more difficult for people who now have to choose between the Mavic 2 Pro or Zoom. As far as the commercial side of things, Michael did not make any official statements but did mention that the Phantom series will be used more for commercial drone applications. He did not confirm or deny the existence of the Mavic 2 Enterprise Edition of which we have seen leaked photos before.

We expect that any news DJI May have will be announced during the DJI Airworks event late October in Dallas.

Then we move on to the second interview with Adam Lisberg, DJI’s Corporate Communications Director North America. This is a more lengthy interview that starts out with talk about the new Mavic 2 Zoom and Pro drones that DJI just released and how DJI offers various drones for people with different interests and budgets. the interview gets more interesting, I thought when they start talking about NFZ restrictions, TFR’s and DJI’s geo-fencing system and altitude restrictions. DJI as a company is trying to balance the freedom to fly your drone with the need to protect airspace around airports, nuclear facilities, prisons and other sensitive federal facilities. Ultimately the responsibility lies with the drone operator to fly responsibly and to be aware of their surroundings. DJI’s system tries to help you with this but we recommend to also check the FAA’s mobile app B4UFLY.

For commercial drone pilots, DJI recently announced that they have setup a global authorization team that can unlock geo-fencing restrictions within 30 minutes.