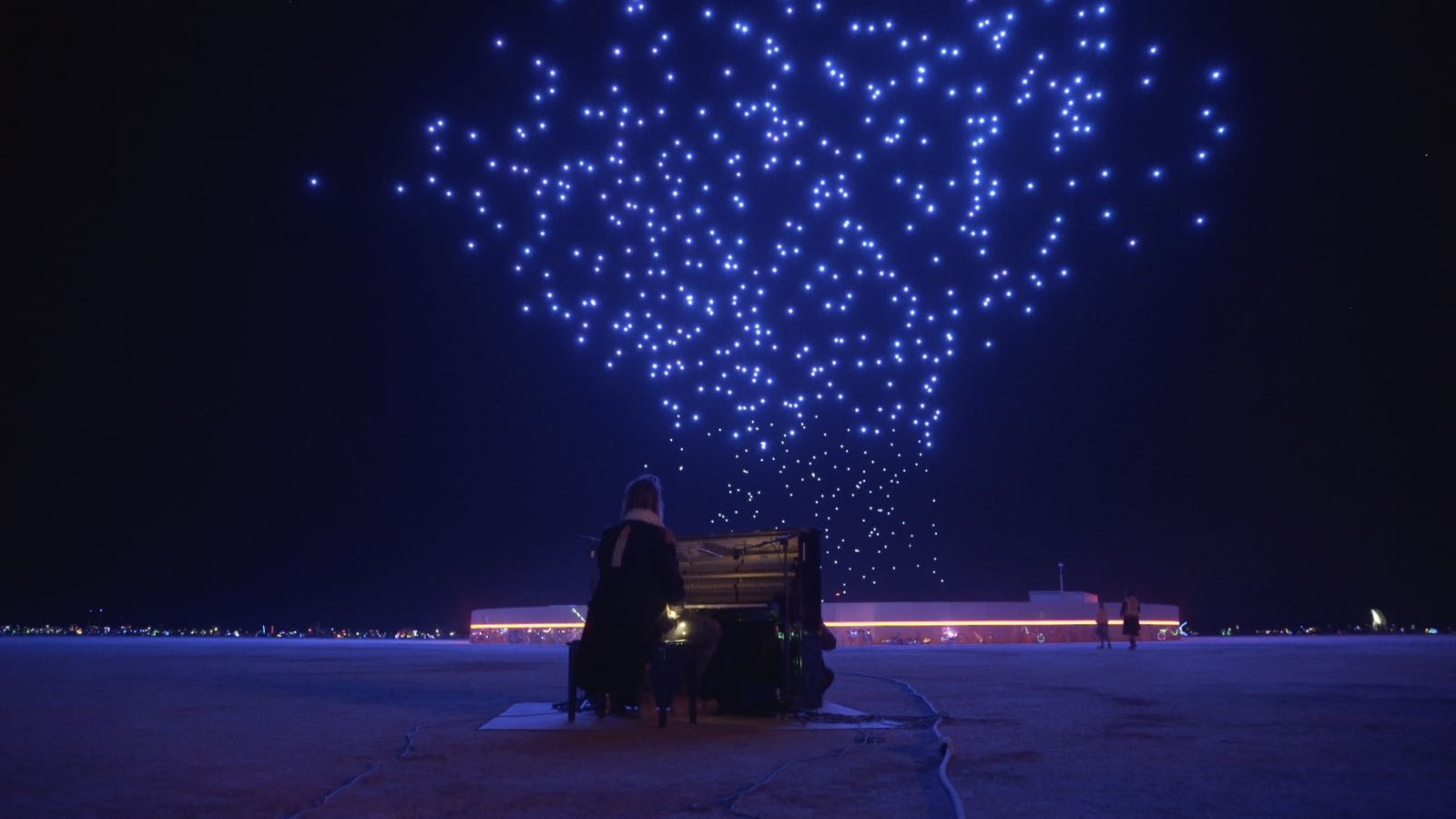 Studio Drift showed off their mesmerizing Franchise Freedom drone light show on Tuesday night during Burning Man 2018. You may have heard of Studio Drift before as they performed another drone show in Miami earlier this year in partnership with BMW. For that show as well as the on during Burning Man, 300 of Intel® Shooting Star™ drones were used.

Franchise Freedom is a flying sculpture by Studio Drift in partnership with BMW. The light show consisting of an autonomous flying swarm of 300 Intel® Shooting Star™ drones expresses the tension between individual freedom and safety in numbers. The music that accompanied the drone show was composed and played by Joep Beving and took place during Burning Man 2018.

Ruprecht Studios uploaded a video of the show and described it as follows:

“This was an incredible tribute to Larry Harvey. Dutch composer Joep Beving, as he played through the Mayan Warrior to provide the sound track and Studio Drift’s incredible drone swarm did its magic! It was unbelievable.”

One of the people who had seen the show commented:

“The show was simply magical, gave me goosebumps. I wanted to cry how beautiful the performance was.”

What do you think about drone light shows? Let us know in the comments below.