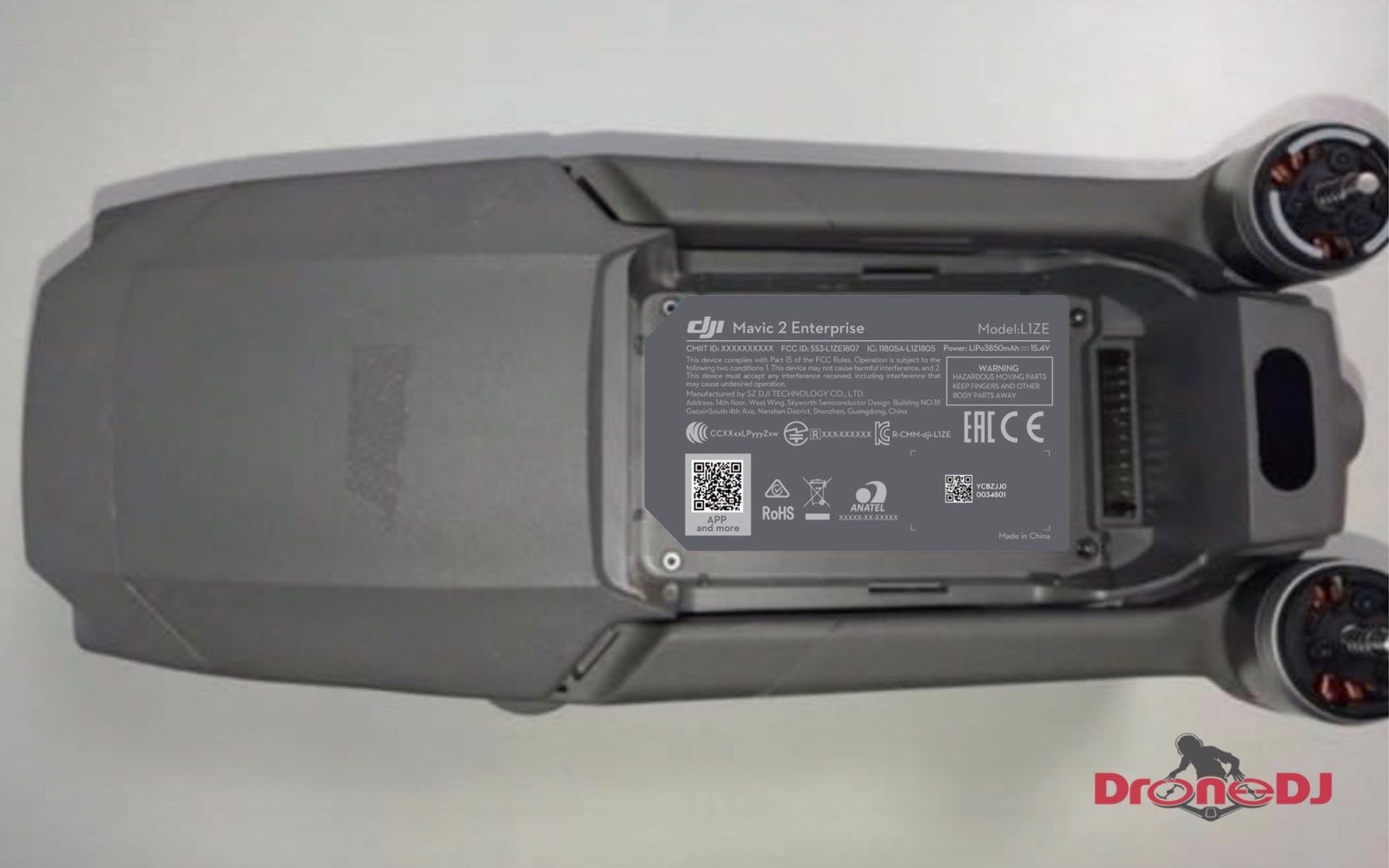 This morning at around 3 am, we got an email from the FCC notifying us of the filing (FCC ID SS3-L1ZE1807) of the DJI Mavic 2 Enterprise Edition. Unfortunately, the filing does not contain a lot of test photos that might have given us some new information. The only photos that showed up are one from the drone and one from its label. DJI Airworks, an expo for commercial drone applications, is scheduled to take place at the end of October. It could well be that that event will include the launch or introduction of the DJI Mavic 2 Enterprise.

Not much is known about the DJI Mavic 2 Enterprise and the two photos in DJI’s FCC filing don’t give us any new information. The overall specs will be similar to or the same as they are for the Mavic 2 Zoom and Pro. The difference will be in the add-on sensors and cameras that may come with the new drone. We have seen photos in the past of possible a prototype or early production unit of the Mavic 2 Enterprise with additional sensors mounted on top of the drone. However, the one photo in the filing does not show any mounting point for sensors.

We suspect that DJI will choose the DJI Airworks event in Dallas, Texas late October to formally present the commercial drone and the various sensors that can be mounted to it.

Since earlier this year DJI has started to get more serious about addressing the commercial drone market and the launched the Zenmuse XT2. It only makes sense that the Chinese drone manufacturer would start looking into options to offer commercial drone applications that come in a smaller, foldable and ultimately more portable package such as the DJI Mavic 2.

The French drone maker, Parrot has made similar moves in the commercial drone market with the Parrot Work edition and the launch of the senseFly eBee X fixed-wing drone.

What do you think? Would a DJI Mavic 2 make sense for inspections, insurance companies, first responders? We think so. Let us know your thoughts in the comments below.