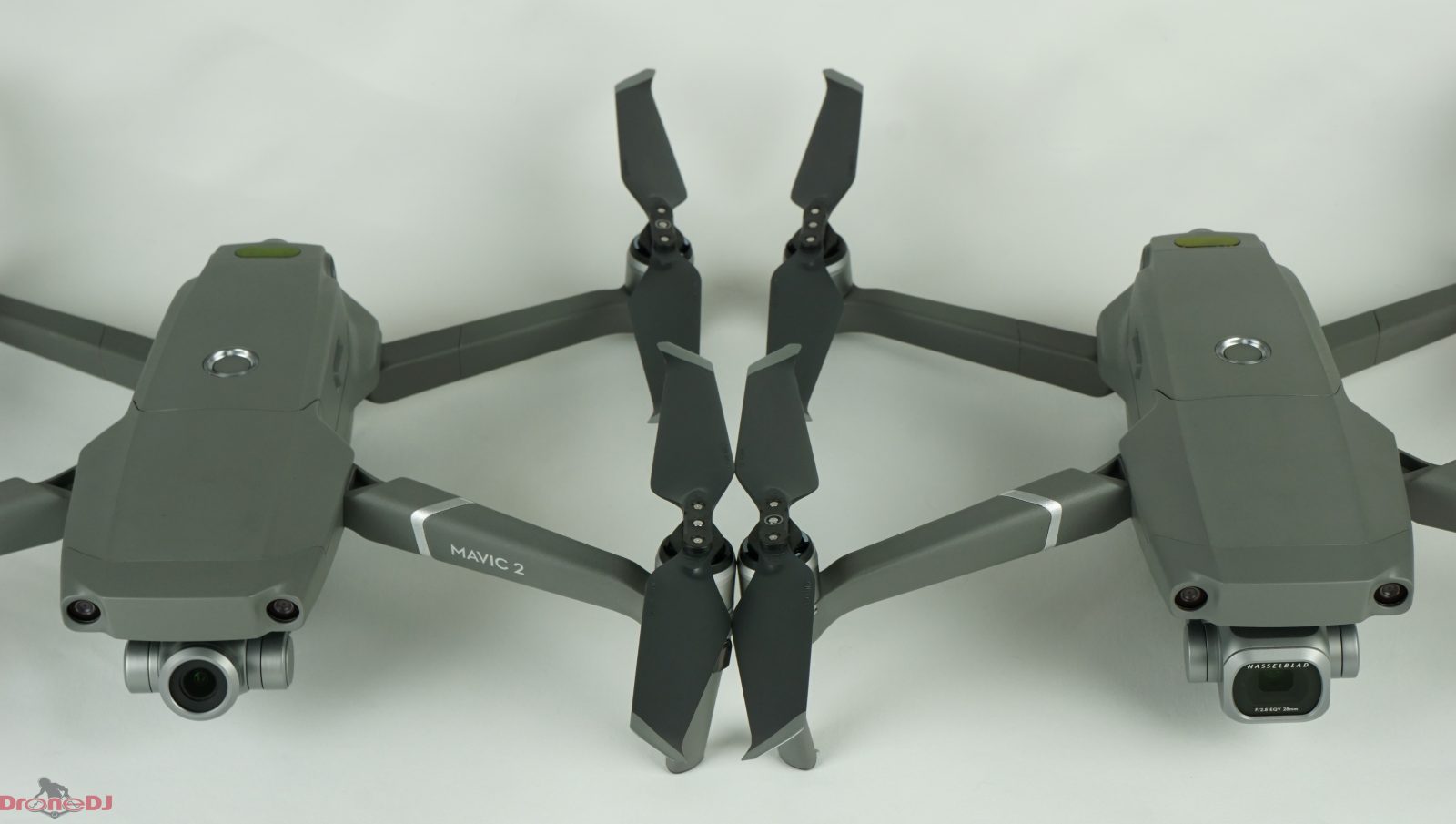 The DJI Mavic 2 is my favorite drone. Whether you choose to go with the Mavic 2 Zoom($1249) or the Mavic 2 Pro($1499) they are both head and shoulders above the competition. I’d venture to say I prefer the Zoom and I think it is the better drone for most people. The Pro camera, however, is superior and probably the new top choice for professionals. That said, these drones aren’t perfect and there are a few things that we would like to see improved.

Here are 12 things we think that DJI should address with their Mavic 2 series of drones.

The Mavic 2 series has sensors and cameras on the front, back, top, bottom and sides for obstacle avoidance. However, side obstacle avoidance is not available in all modes. The side sensors only work in tripod mode and active track. Having side sensors for modes like point of interest would be extremely helpful. Hopefully, DJI can get the algorithms right and update the drone with some better firmware. 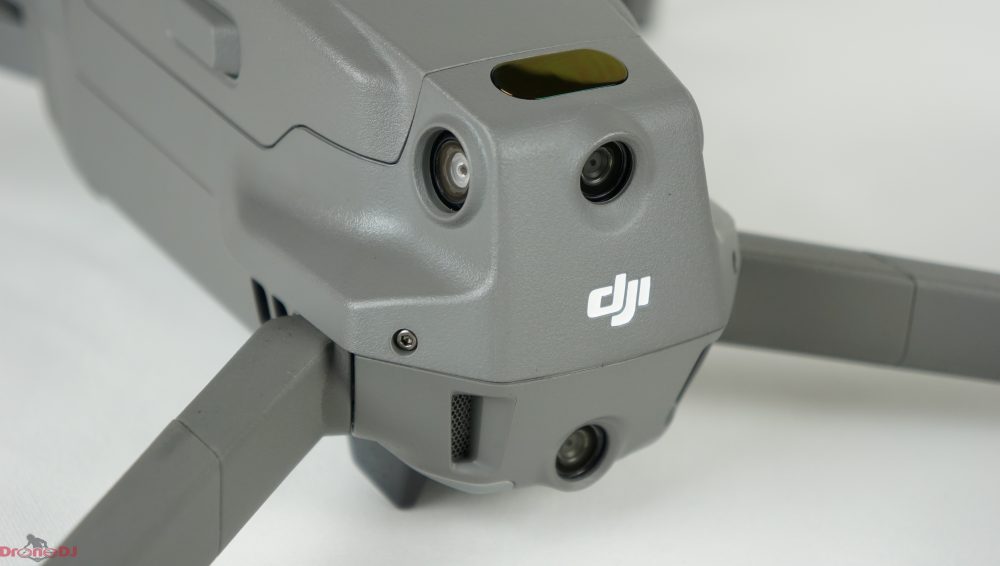 2. Software Limitations on the Mavic 2 Zoom 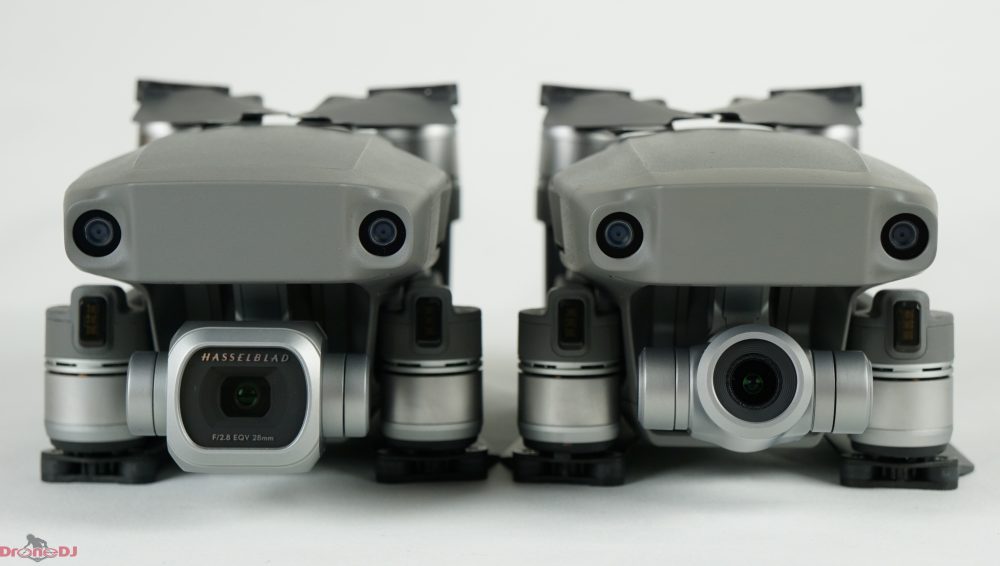 The Mavic 2 Pro camera was developed with famed camera maker Hasselblad. In addition to the spectacular 1-inch sensor, they added the ability for it record over 1 billion colors with the 10-bit D-Log-M color profile. Unfortunately, that didn’t carry over to the Zoom. DJI could have included it, but not including it allows them to differentiate their lineup a little more. We are hoping that the Mavic Enterprise is not so limited. 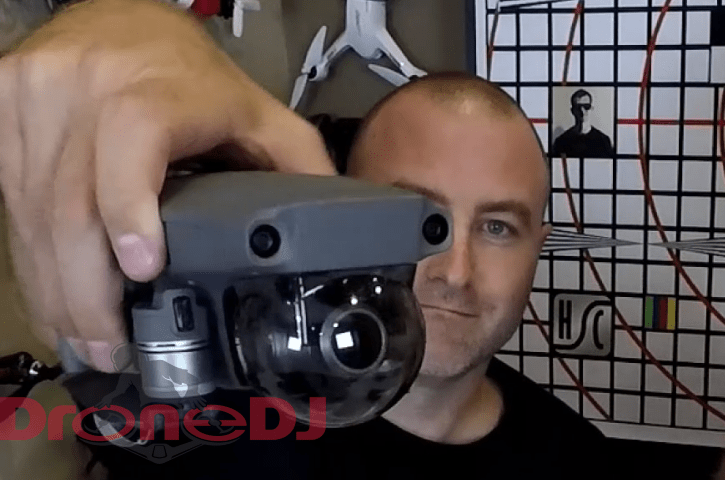 The gimbal guard for both Mavic 2 models isn’t well designed. It is flimsy and not easy to install. The odd domed shape implies you could use it in flight, but that certainly isn’t the case. I don’t predict mine will last long and someone is likely already producing a better aftermarket version. 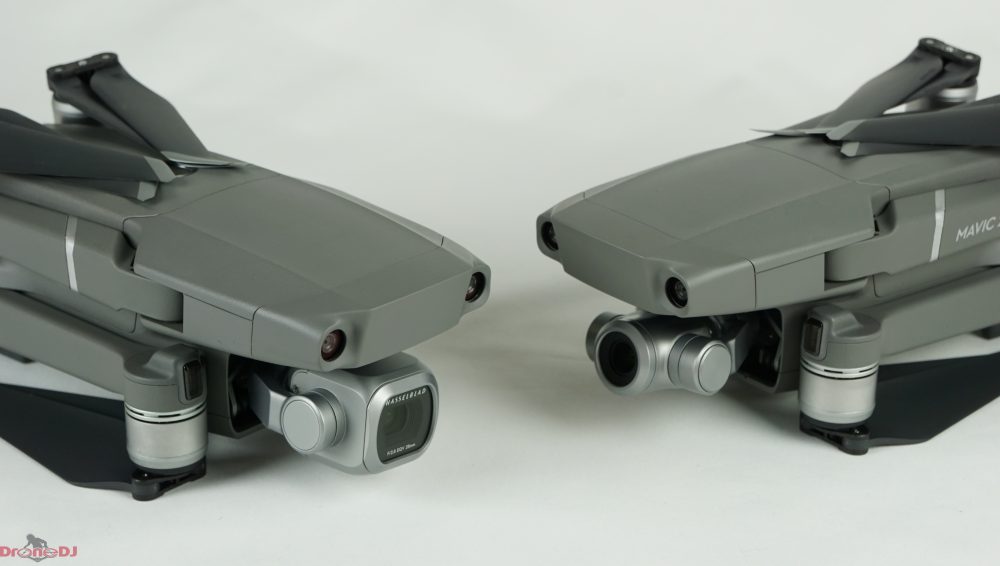 The Mavic 2 Pro and Mavic 2 Zoom are identical drones with one exception, the cameras. It would have been nice if you could buy one drone and two different cameras that are simple and easy to swap. Yes, DJI has stated they will switch the camera for a fee. Sure, you could do it yourself, but it is unknown if that invalidates the warranty or will be stopped by future firmware updates. It should be an easy and simple process. DJI could have even included a handheld gimbal to store the camera and use when it isn’t on the drone. 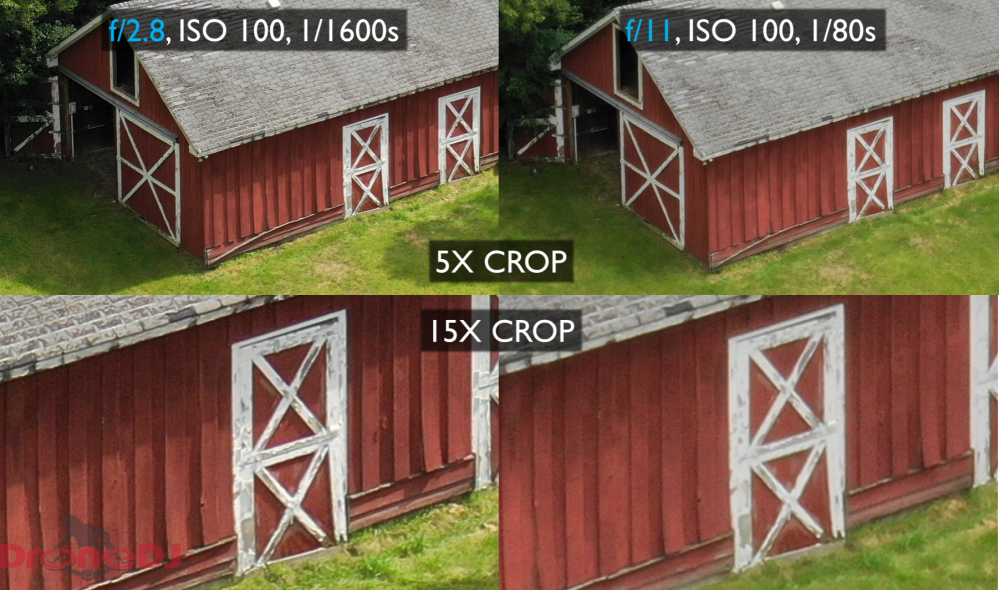 The f/11 aperture on the Mavic 2 Pro looks soft. It is basically a limitation because of the small 2.4 micron pixels on the 20 MP sensor. The Mavic 2 Pro camera is awesome, the best on the consumer drone market today, but professionals won’t be pleased shooting at f/11. Diffraction is the culprit. The effects of diffraction worsen with increasing f/number, so we suggest you shoot below f/5.6. We recommend you use ND filters to do the grunt work of slowing down the shutter speed when filming video. 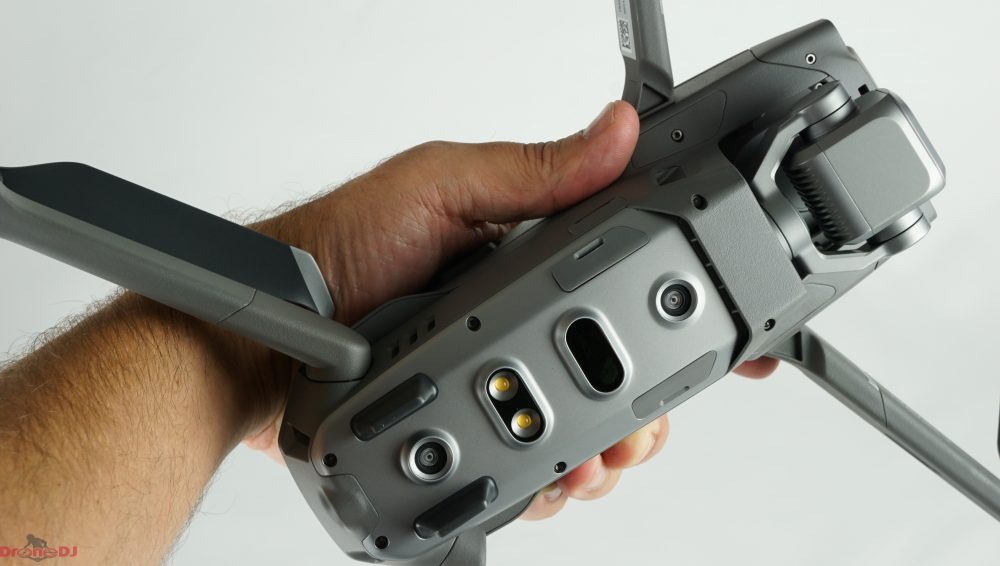 The folding arms are the signature design of the Mavic series. The Mavic 2 drones are a little larger than the original Mavic Pro, and DJI made the folding joints really tight. In fact, the arms will sometimes get hung up and require a little extra force to snap into place. Either having better tolerances or maybe intentional impact points would have been a better solution. 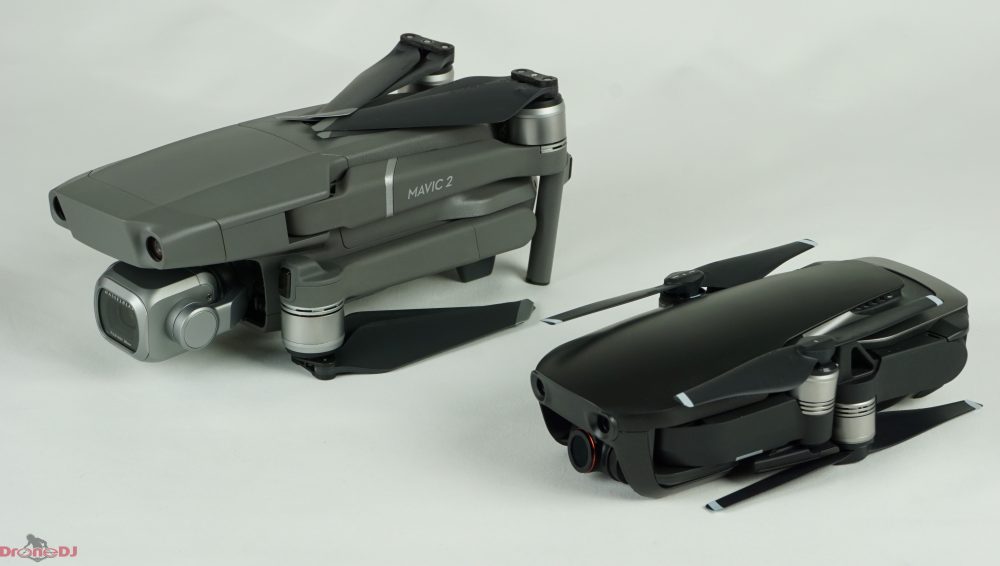 Having onboard storage is a bonus. DJI first implemented onboard storage when they included 8 GB with the Mavic Air. It is certainly handy if you forget your SD card or fill it up. However, only including 8 GB is certainly an oversight. Recording footage in 4K will fill 8 GB up quickly. Why didn’t DJI include more storage? What would it have costed to have 32 or even 64 GB of storage for the Mavic 2? 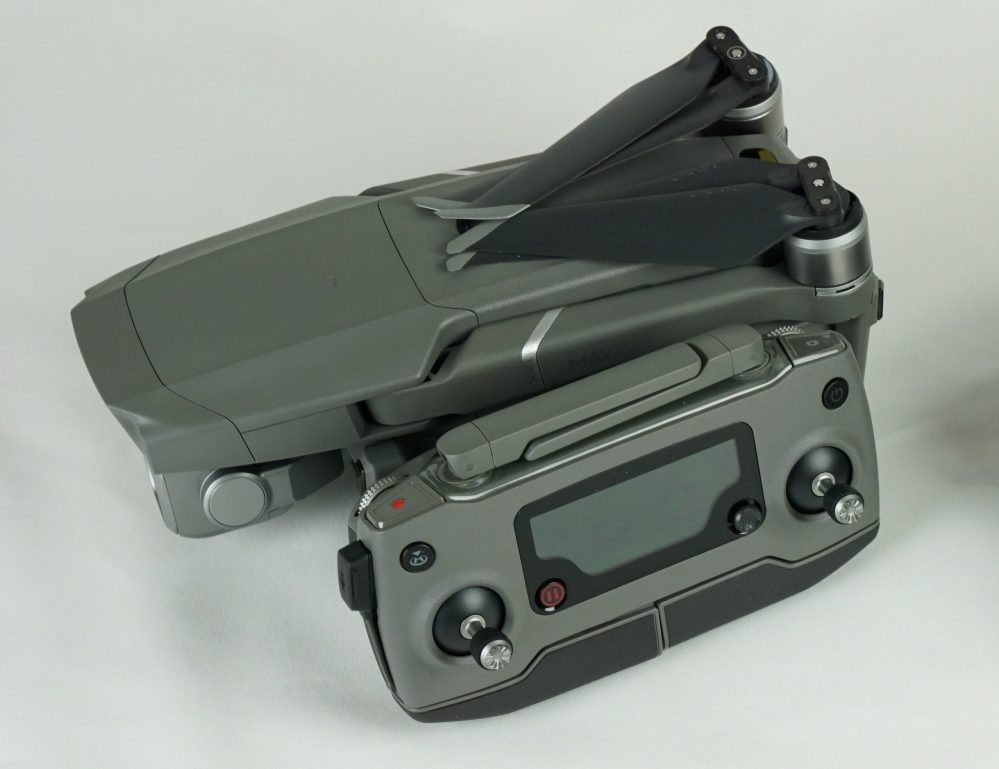 The Mavic 2 remote is nice and has some customizable buttons. It does, however, come up short. I would love to be able to turn obstacle avoidance off and on with the push of a button so that I can fly through trees without getting stopped by the sensors. I’d also love to be able to adjust the gimbal speed. Sometimes I want it to move nice and slow, sometimes I want it to more quickly. Why can’t I use a custom button to switch between settings? 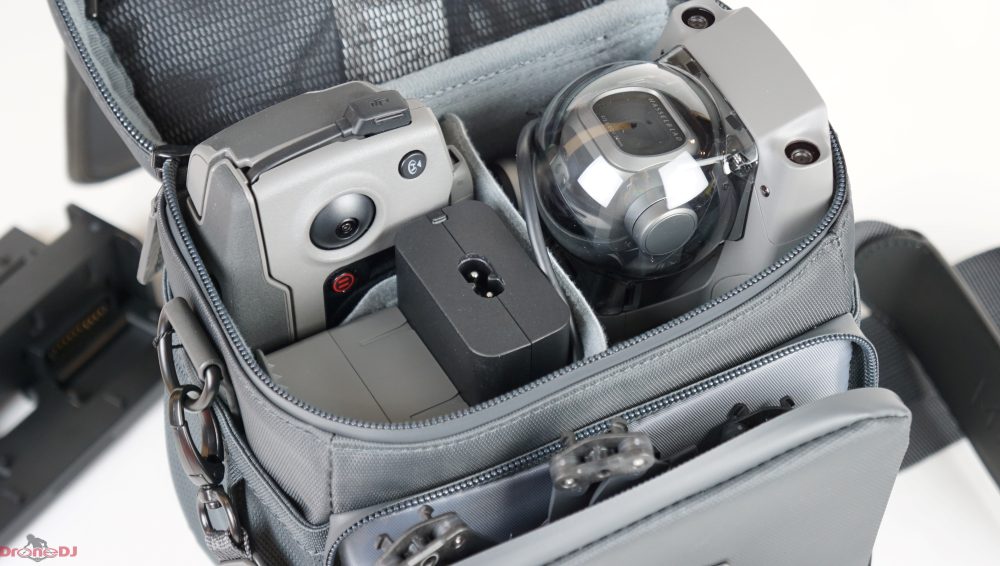 The Fly More Kit is an excellent and almost necessary addition to either Mavic 2 drone. You’ll get two additional batteries, multi-charger, a handful of other accessories and an over-the-shoulder bag. You will definitely want a bag for your Mavic and accessories. The Mavic 2 Fly More Bag looks nice and it does fit all of the drone accessories included. However, getting it all in there is like playing a game of Tetris. Everything fits, but it is pretty tight. I would have preferred a little more space for my prized Mavic 2.

DJI ships the Mavic 2 using FedEx and I was sadly disappointed with the entire process. It showed up a day late and didn’t allow me to change the delivery. Living in the digital age, it is extremely frustrating that this process can’t be smoother. Why can’t I divert it to the FedEx store for pickup and show up with an ID to sign for the drone? Instead, I had to find a friend to be at the house to pick it up so I didn’t have to take a second day off from work. DJI continues to disappoint with their FedEx Delivery. When will they wake up?

The Dolly Zoom on the Mavic 2 Zoom is an excellent feature. It is a lot of fun and adds an awesome perspective. However, we were told at the launch event in NY that the drone would fly back at the angle of the gimbal. But that certainly isn’t the case. It only flies backward, it doesn’t adjust to the gimbal angle. It also relies a bit too much on the active track. Dolly zoom is an awesome feature, but I have found doing them manually ends up better for me 9 times out of 10. 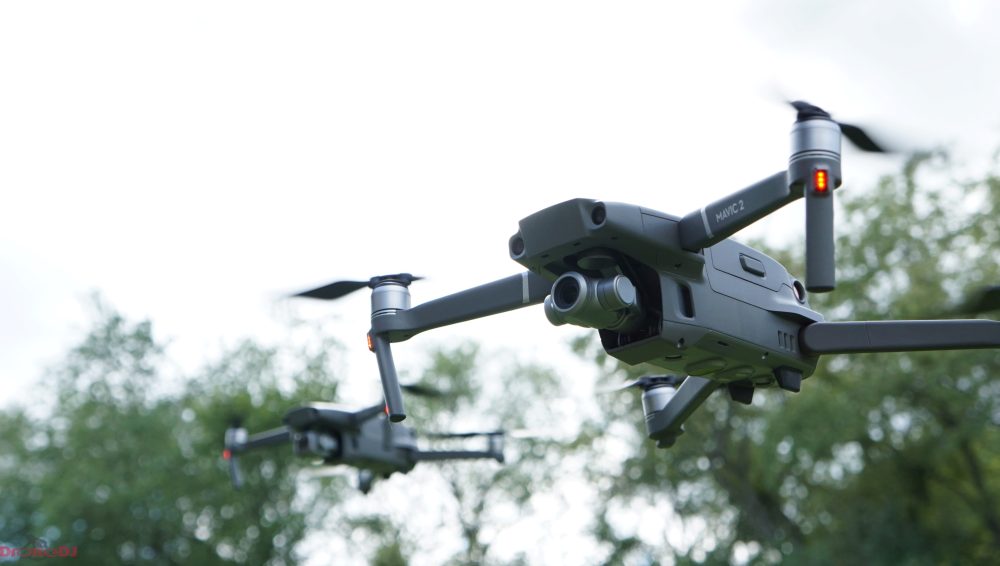 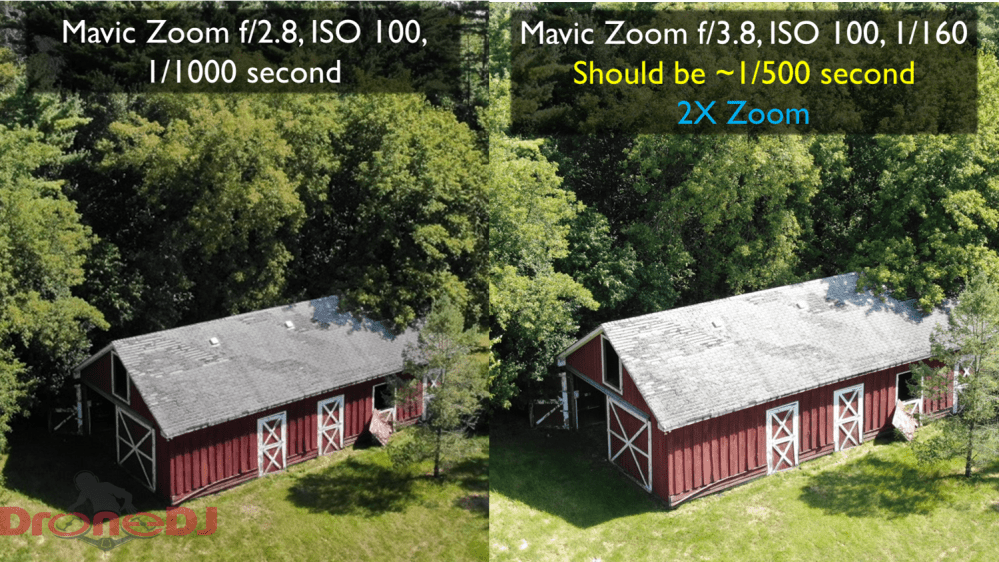 I have noticed that when I zoom in on a subject in flight with my Mavic 2 Zoom the camera automatically adjusts the exposure. Often it seems to be overexposed when I am fully zoomed in. It is an easy fix, but something DJI should correct with firmware.

Don’t get me wrong. I love my Mavic 2. It isn’t a perfect drone, but I think DJI could make it better with just a few tweaks.