Experts comment on viral bear video captured with a drone 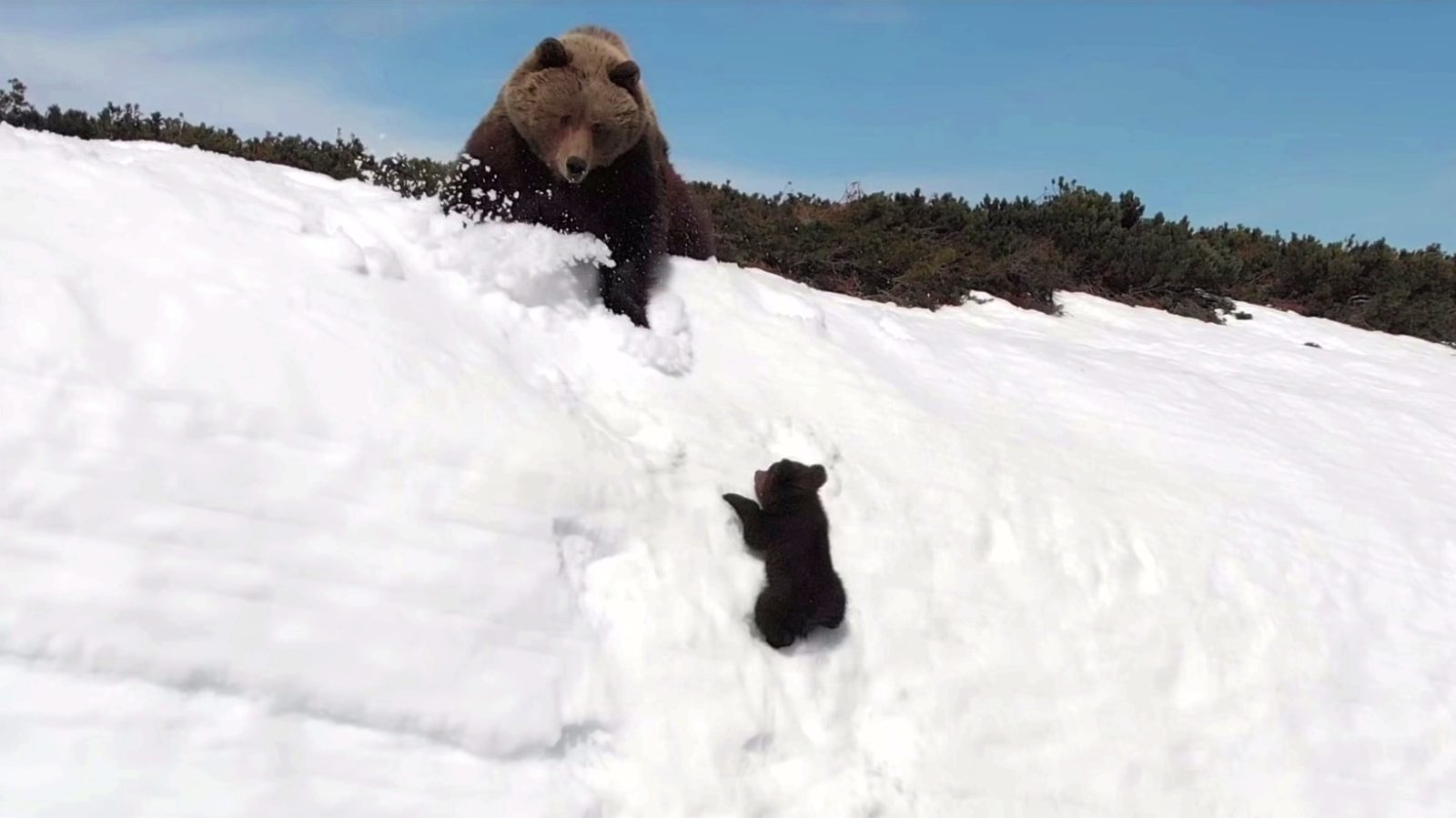 Most of you will probably have seen the viral bear video that has been circulating on social media this week. National Geographic just posted an article that lets experts weigh in on the matter. Many scientists have expressed concerns about the way the viral bear video was shot. The drone footage was taken by Dmitry Kedrov on the coast of Russia’s Sea of Okhotsk last summer and shows a brown bear and her cub climbing a slippery snowy slope. Luckily it all ends well but not after the mother bear seemingly swats at the drone halfway through the video.

Halfway through the viral bear video, the mother bear swats at the drone as it appears to be flying very close to the wild animals. Kedrov, however, told a Russian website that this was a zoom effect done in post-production and that he did not scare the animals in any way. Not everybody seems to agree with this statement though, according to National Geographic:

“It could be a zoom on the video camera, but most consumer drones don’t have the payload capacity to carry a camera with a high-quality zoom lens,” says Mark Ditmer, a wildlife ecologist at Boise State University who has studied the physiological impact drones have on black bears. “I could be wrong, but I would have to guess this is the drone approaching rapidly and the mother panicking and swatting out of fear.”

“You look at the mother bear in that video and she’s staring straight at the drone for chunks of time,” Sophie Gilbert, a wildlife ecologist at the University of Idaho. “From her perspective it’s literally a UFO. It’s an unidentified flying object.”

“She has no idea what it’s doing. She’s probably never seen anything like it in her life. She’s got a very young cub with her, and of course her response is going to be fear,” Gilbert says.

Stay away from wildlife

The article concludes that no expert is saying that all drones should be banned. Instead, the focus should be on establishing best practices for drone pilots, whether they are wildlife researchers, scientists or hobbyists. Tempting as it may be to close in when you spot wildlife while flying your drone, it is best to keep a good distance because the sound or sight of a drone may put unnecessary stress on the animals.

“I think it’s a double-edged sword,” says Gilbert. On the one hand, when drones are operated correctly, there’s a chance to help people feel more connected with wildlife, which she says is extremely important for conservation outcomes.