Daily drone inspections of System 001 of The Ocean CleanUp 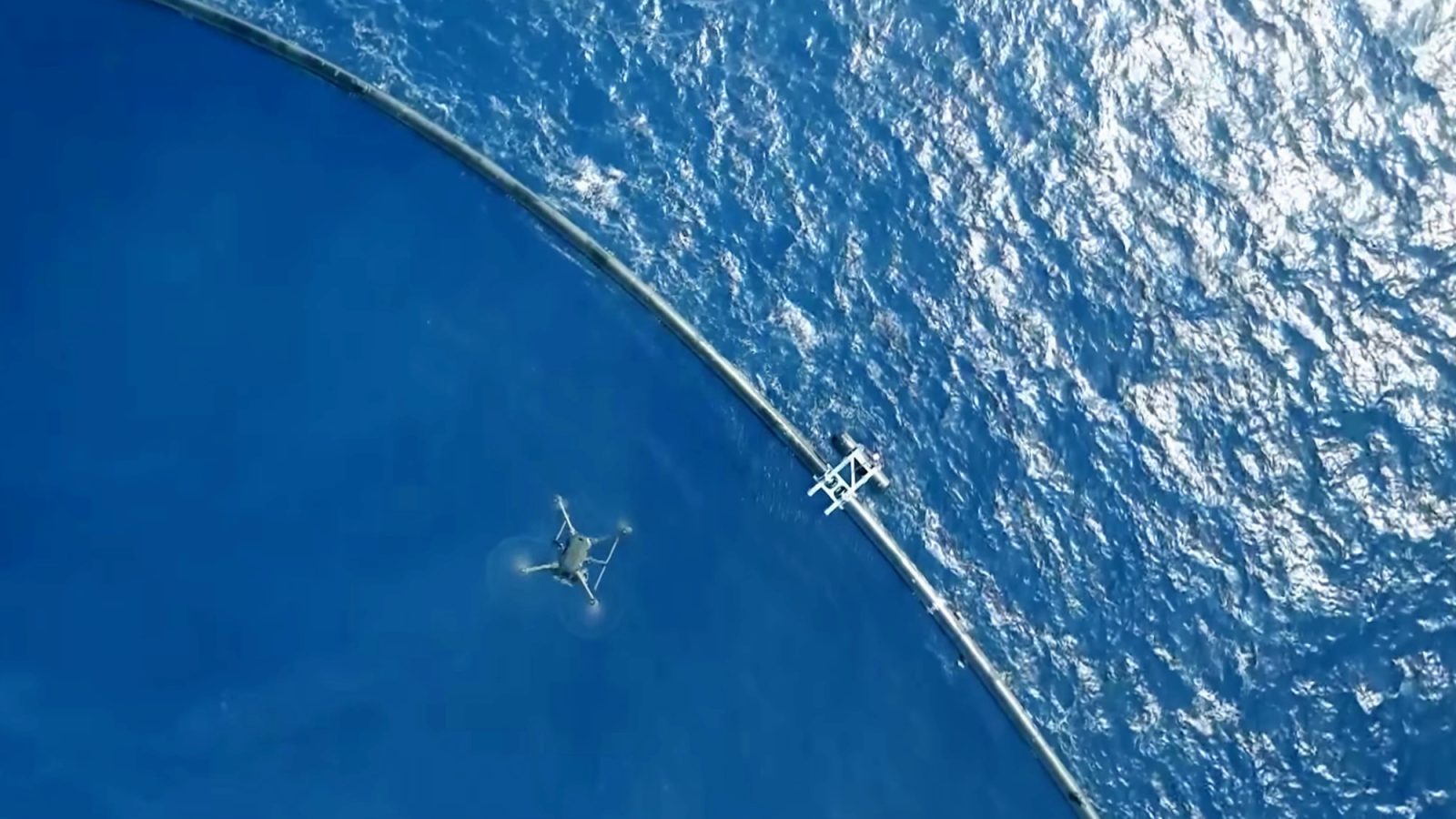 The Dutch, Boyan Slat started “The Ocean Cleanup” project a number of years ago as a teenager. His ambitious project aims to clean up the oceans from floating plastics and other debris by collecting it in a large floating catch system. A little over a month ago System 001, called Wilson, was deployed in the Great Pacific Garbage Patch. The team uses drones as one of the tools to monitor Wilson’s performance and to conduct daily inspections. A great example of “Drones at Work.”

In an news update, Boyan Slat commented that they have observed that after collecting the plastic in the system, the floating is debris is exciting again. This comes as a bit of a surprise to the team and they are currently investigating any potential causes.

After careful observation of Wilson, that included the use of drones for daily inspections, the team has concluded that there seem to be two potential causes for the debris escaping the system.

The first theory is that the force of the wind and the waves against the system may cause an osculating motion pushing it against the wind direction. This motion slows the system down and allows the plastic to escape.

The second theory is that the ends of the u-shape could create small waves or ripples in the water that push the plastics away instead of catching them.

This phenomenon of plastics escaping Wilson had not occurred in any of the scale model tests or computer-simulated models that the team had completed in preparation for this beta version. As a solution to both theories. The Ocean Cleanup team will widen the U-shape by about 200 feet to enlarge the exposure to the wind and waves, which are the driving forces of Wilson. The widening of the system should also reduce any potential propulsive force from the system’s undulating ends.

Boyan stresses that it is important to get the beta version of Wilson working properly before scaling up. You can live-track the Wilson system here.

Daily drone inspections of System 001 (Wilson) of The Ocean CleanUp