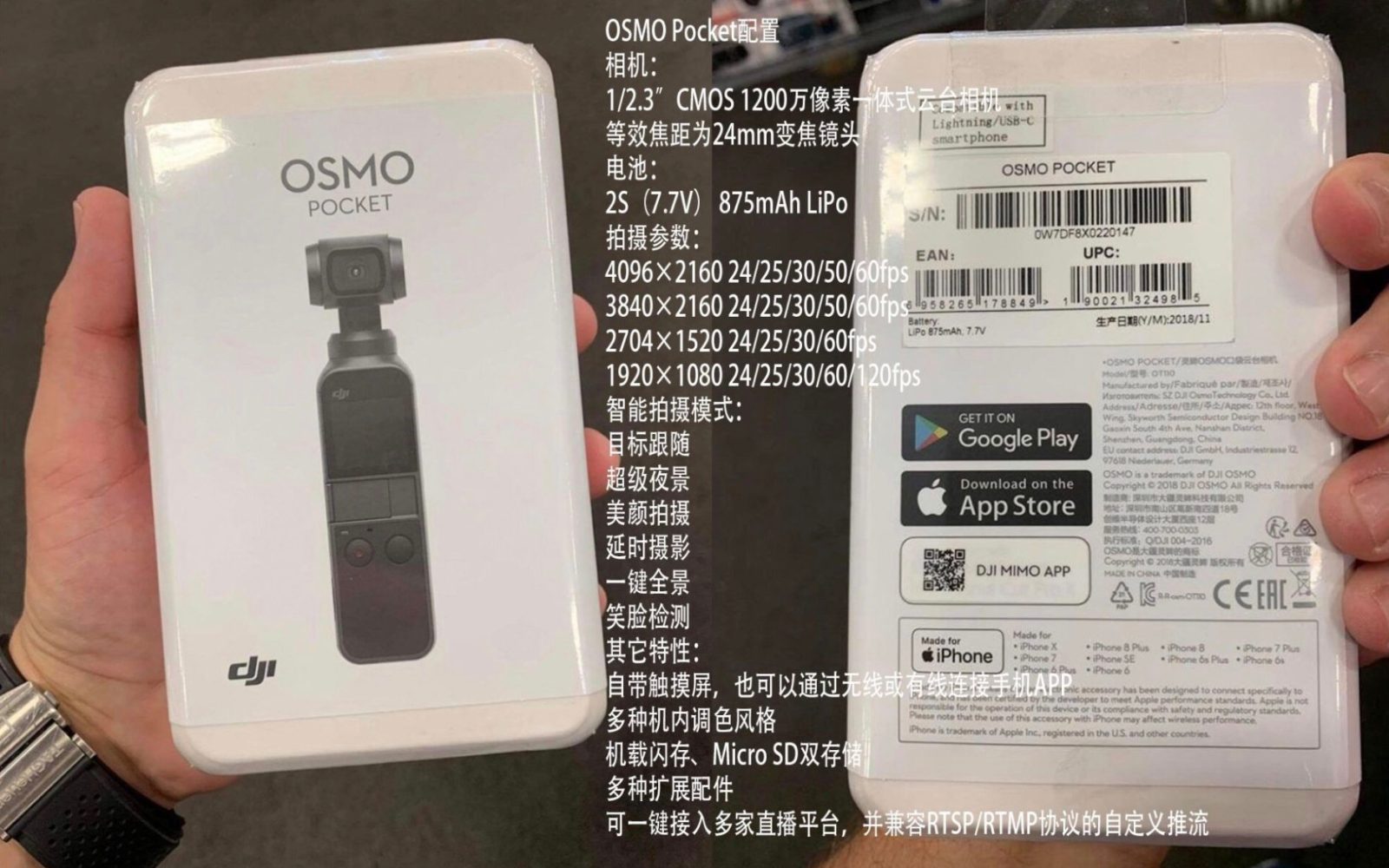 Another person on Twitter, who has been part of the DJI rumor mill for some time, just posted the specifications. The DJI Osmo Pocket specs show a number of things, most importantly a 1/2.3″ CMOS sensor, 24 FOV, 4K @ 60fps and 1080 @ 120fps. In a separate tweet, OsitaLV shows three of the accessories that might be included with the DJI Osmo Pocket.

Another day, another photo. Well, this morning we get to see the specs of the DJI Osmo Pocket. The information comes from a person on Twitter who has been part of the DJI rumor mill for some time now. Unfortunately, I don’t read Chinese, but some things clearly stand out:

Interestingly, the DJI Mavic 2 Pro does not offer 4K at 60fps, whereas it seems that the presumingly much cheaper DJI Osmo Pocket will. You should be able to start placing your orders at the DJI Online store starting at 4 pm on 11/28. Expect a $399 price tag.

In a separate tweet, OsitaLV sows us this photo with some of the DJI Osmo Pocket accessories, that might be included in the box. It seems to include a charger, the attachment with a control wheel, most likely to control the gimbal, and a third piece, which purpose remains unclear at this point in time. We will know more tomorrow.