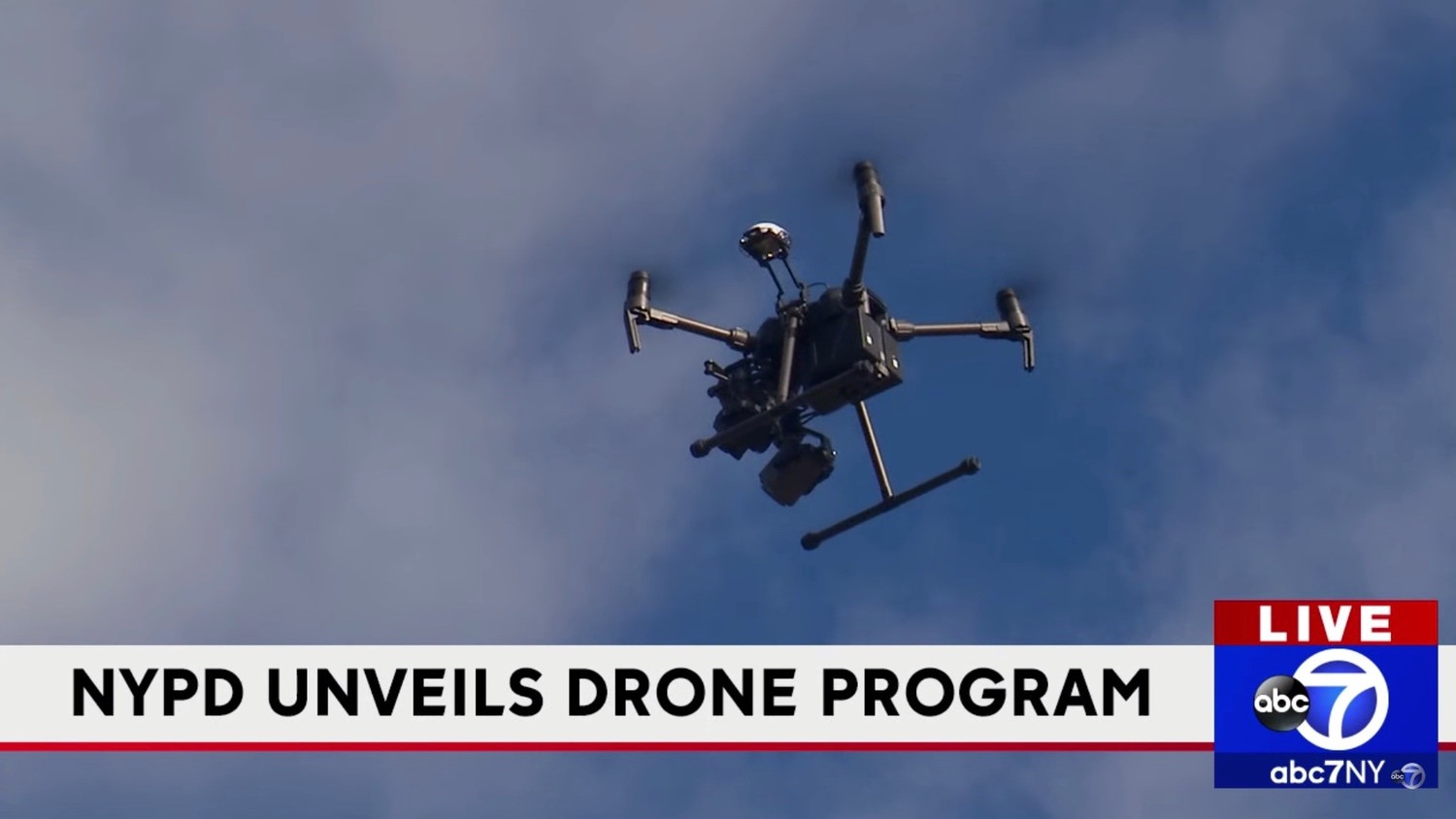 Today the New York Police or NYPD announced that they will start using 14 DJI drones. The aircraft are to be used for reconstructing traffic crashes, crime scenes, securing large events and search-and-rescue operations. Some people fear however that ‘mission creep’ may set in and worry that the drones might be used to spy on law-abiding citizens. During a demonstration today, the NYPD denied the drones would be used for that purpose.

The New York Police Department had stopped using drones after a pilot program in Brooklyn back in 2011, according to the NY Times. However, that did not stop the NYPD from quietly purchasing more drones in 2017.

Today, the NYPD announced that the department has bought 14 DJI drones and has Part 107 trained 29 police officers to fly them.

“As the largest municipal police department in the United States, the N.Y.P.D. must always be willing to leverage the benefits of new and always-improving technology,” Police Commissioner James P. O’Neill said in a statement.

Drones have become more popular with police departments around the country as they prove to be low-cost, easy-to-deploy and highly effective tools. Drones are used for reconstructing traffic crashes, mapping crime scenes, securing large events such as concerts and sporting events, and to conduct search-and-rescue missions.

Drone use in different scenarios

In one example, explained in the video below, the NYPD uses a DJI Matrice 210 and Pix4d to quickly map the scene of a traffic accident. The use of the drone makes this work safer and it is completed faster. Other examples of how drones can benefit the NYPD are identifying hazardous materials before sending people in, and a search for missing persons. Thermal cameras are also used and at times the NYPD will use multiple drones.

During the press conference, see also the video below, it was said that:

“Frankly, it would be negligent for us not to use this technology” because it will give officers the opportunity to see what they’re getting into before going into harm’s way.

At the end of the presentation, there was a short Q&A session. One of the more interesting questions was, whether the NYPD had any concerns of DJI sending information from the drones back to China. The police department answered with saying that “they have looked at that situation and have vetted it.” The NYPD is convinced that nothing is going back to the Chinese. They also said that the drones will not fly over very sensitive areas.

The use of drones by police departments

In cities like Los Angeles and Boston civil libertarians have raised concerns about drones and the possibility that they may be used to spy on law-abiding citizens.

The New York Police Department stressed that the drones will primarily be used for policing large concerts and other events, investigating hazardous waste spills, handling hostage situations and reaching remote crime scenes. The unmanned aircraft will not be used for regular police patrol, unlawful surveillance or to enforce traffic laws. They will also not be equipped with weapons.

Tuesday’s announcement will likely start a public debate in the NYC about privacy for its residents and the police use of drones. The NYT points out that this debate will likely: “be colored by the department’s history of surveillance, including spying on Muslims and using military-grade cellphone-tracking devices to eavesdrop on civilians.”

What do you think about the growing use of drones by police departments? Does it worry you that the New York Police Department has quietly purchased 14 drones and trained 29 officers? Or do you think that drones are a valuable tool for law enforcement and do you support the use of such unmanned aircraft? Let us know in the comments below.