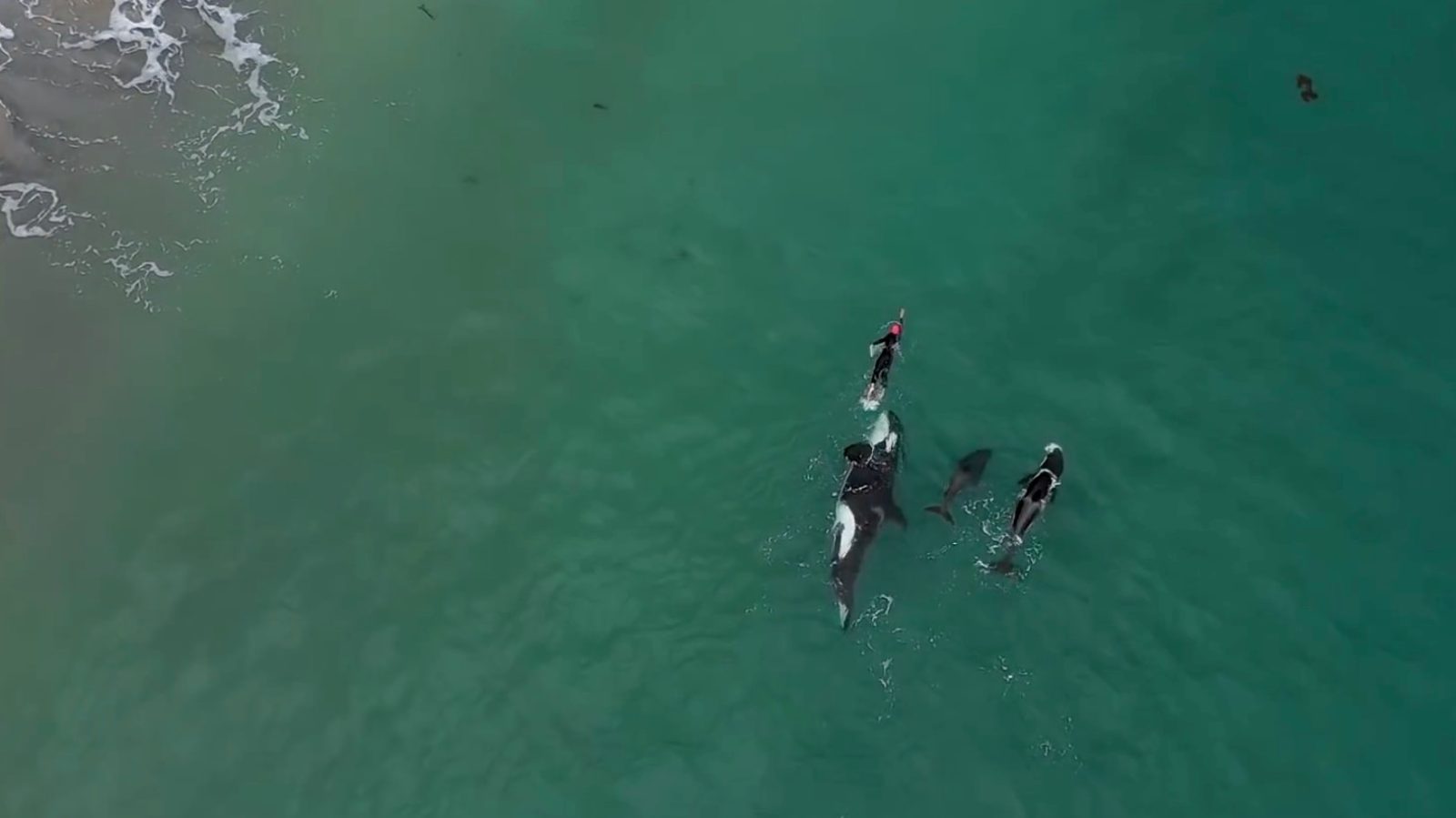 We have seen more crazy drone footage including swimmers and wildlife (sharks mostly), but I think this video may top them all. In this drone video, you will see how killer whales join a woman during her swim workout off the coast of Coromandel, New Zealand. Initially, the woman swam straight to the shore and got out of the water, but then she decided to go back in and complete her swim. A tourist captured the event with his drone.

During a woman’s swim workout, killer whales decided to join in on the fun. In the video, you can see how the pod of whales follow the woman closely. They don’t seem to mean any harm, but it must have been frightening when she first saw the dark shadows moving through the water around her.

Judie Johnson of Hahei told 1 News, “There was a shape that went under me, like a huge shape and I thought [it was] dolphins and I was quite excited, and then I saw the great white color on the back”. As it turned out a pod of killer whales or orcas had surrounded her.

Initially, Johnson swam straight to the shore as she feared they might harm her, but then she decided to go back in to finish her swim workout. The killer whales joined her again and that is when the drone video was taken. The breathtaking video footage was shot by a visiting Australian tourist, Dylan Brayshaw with his drone on the beach of Coromandel in New Zealand.

“It was so different to anything that’s happened to me before, and I thought, no, this is a life-changing experience,” Johnson said. “They were as interested and curious about me as I was about them,” she added.

According to National Geographic, killer whales are not known to attack humans, even though they are carnivores and eat sea lions and seals.

“Killer whales are the largest of the dolphin family so they are just big dolphins with a fancy paint job and we all know dolphins are very, very smart and very playful,” she said.

I don’t think many people would have re-entered the water to continue their swim after being surrounded by killer whales, but it sure is the experience of a lifetime with a drone video to prove it.

What do you think about swimming with killer whales? Would you stay in the water? Let us know in the comments below.