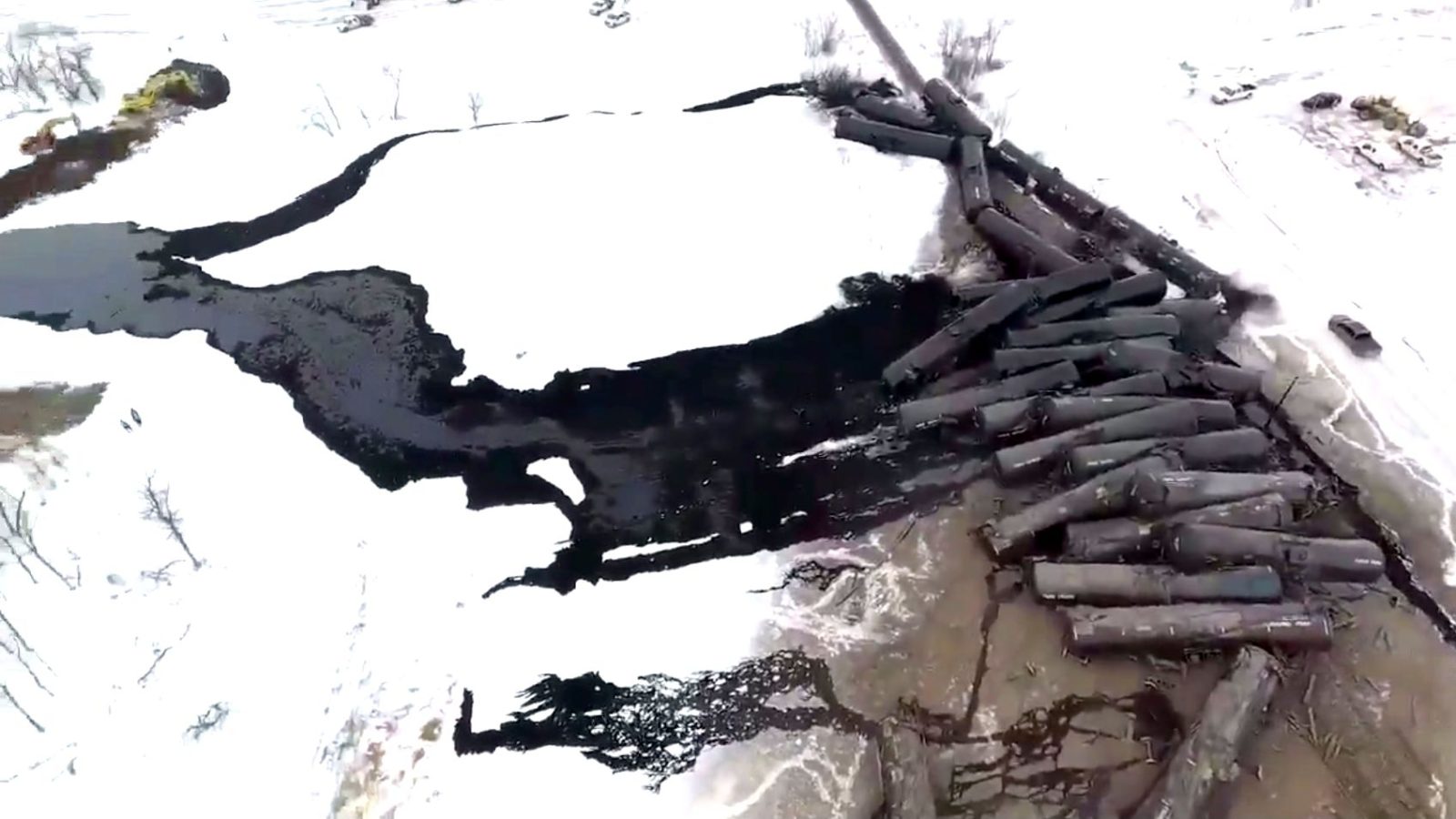 In western Manitoba, Canada a train carrying crude oil derailed early Saturday morning and created an oil spill. CN Rail has not yet disclosed how much oil had leaked from the 37-car-wreckage. So two friends took it upon themselves to send a drone (Phantom) up in the air and have a look.

Two friends sent their drone up to inspect oil spill

The drone footage shows the extent of the oil spill and the 37-car-wreckage near St. Lazare in Western Manitoba. CN Rail has as of yet not disclosed how much oil might have leaked out of the tankers. However, two friends took it upon themselves to send a drone up in the air and have a look.

The two friends, Curtis McLeod and Amon Rudolph captured the aerial footage about 10 hours after the spill happened.

The train derailed around 3:30 am on February 6th. 37 train cars carrying crude oil were sent of the tracks. Luckily nobody was injured.

The two friends said they were shocked by the size of the wreckage and oil spill.

“I just couldn’t believe how bad the accident actually was, and how mangled the cars were, and how much oil was actually leaking,” McLeod said, according to CBC. “We couldn’t really see the accident until we flew [the drone] up.”

They shared the video on social media so that the public could see the size of the crude spill.

CN Rail is working to clean up the site and the frozen ground may help them somewhat in that effort. The rail company, however, has not yet commented on the quantity of oil that has been released in this accident.

“Luckily, the ground is frozen,” said Francis Zvomuya, a professor at the University of Manitoba who researches management of contaminated land. He added that there shouldn’t be too much seepage into the ground. “They should be able to dig up the thin layer that is impacted by that oil, so the cleanup success should be relatively good.”

The Transportation Safety Board continues to investigate the derailment and reportedly parts of the train and the tracks have been taken away for analysis. According to a railway safety consultant, this might indicate that the tracks are to blame.

“That’s indicative to me that there might have been a track failure,” said Ian Naish, who formerly ran investigations for the TSB. “I know it was pretty cold that night … you do get more rail failures at that time of year,” adding he doesn’t know if that was the case here. “We have to wait and see what TSB finds.”

Normally the tracks are inspected once or twice per week.