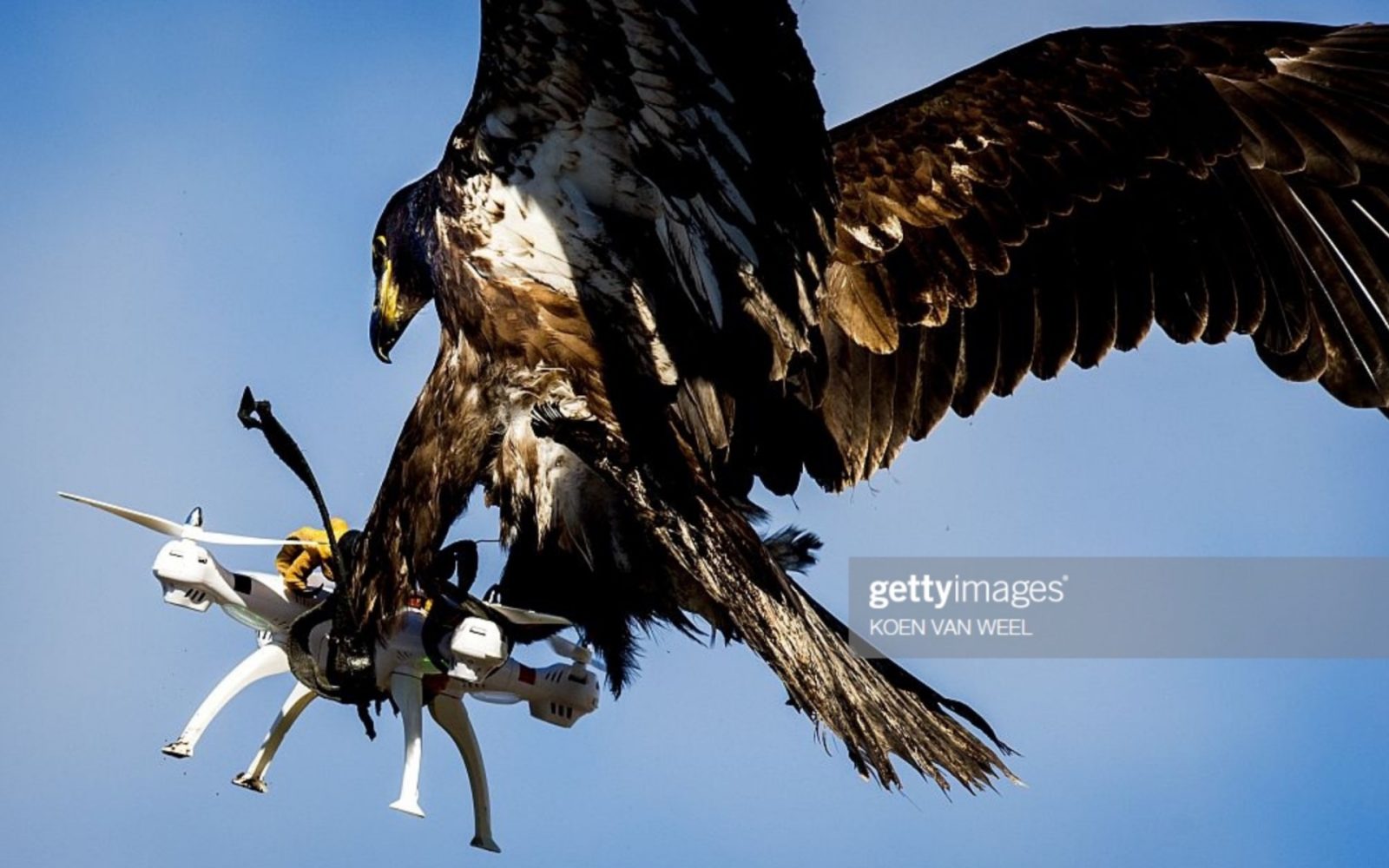 Over the last few weeks or so, we came across this photo of a drone-catching eagle many, many times on social media. What is the background story here? Where did this photo come from? Snopes found out. Jump in to learn more.

Apparently, it all started with a post on Facebook and the photo of an eagle catching a drone went viral from there. It received thousands of likes and comments and got shared over half a million times. The photo was first posted by Alex Ricchebuono on February 27th, 2019 and is titled: “The Picture of the Century… Nature defeats Technology.”

Many people wondered whether this was a real photo or if it was photoshopped. Snopes, a website that fights against misinformation, looked into the photo and found out that it is indeed a real photo.

The photo that shows a drone-catching eagle, was taken a few years ago, in March of 2016, by Koen van Weel in the Netherlands. The bird of prey was a trained eagle from the company “Guard from Above” that used the animals during a training session with the Dutch police to intercept drones. the police, however, found the eagles to be somewhat unreliable and working with real animals required too much time and effort. The police also admitted that catching drones mid-air might not be entirely safe for the eagles. The tests were subsequently halted in 2017.

The image of the drone-cathing eagle is available via Getty Images. It is shown with the caption “An eagle of the Guard from Above company, grasps a drone during a police exercise in Katwijk, on March 7, 2016. The bird of prey can get drones from the air by catching them with his legs.”

The best DJI GO 4 app alternatives to know about

DJI Mavic Air 2 — Should you buy it without AirSense?