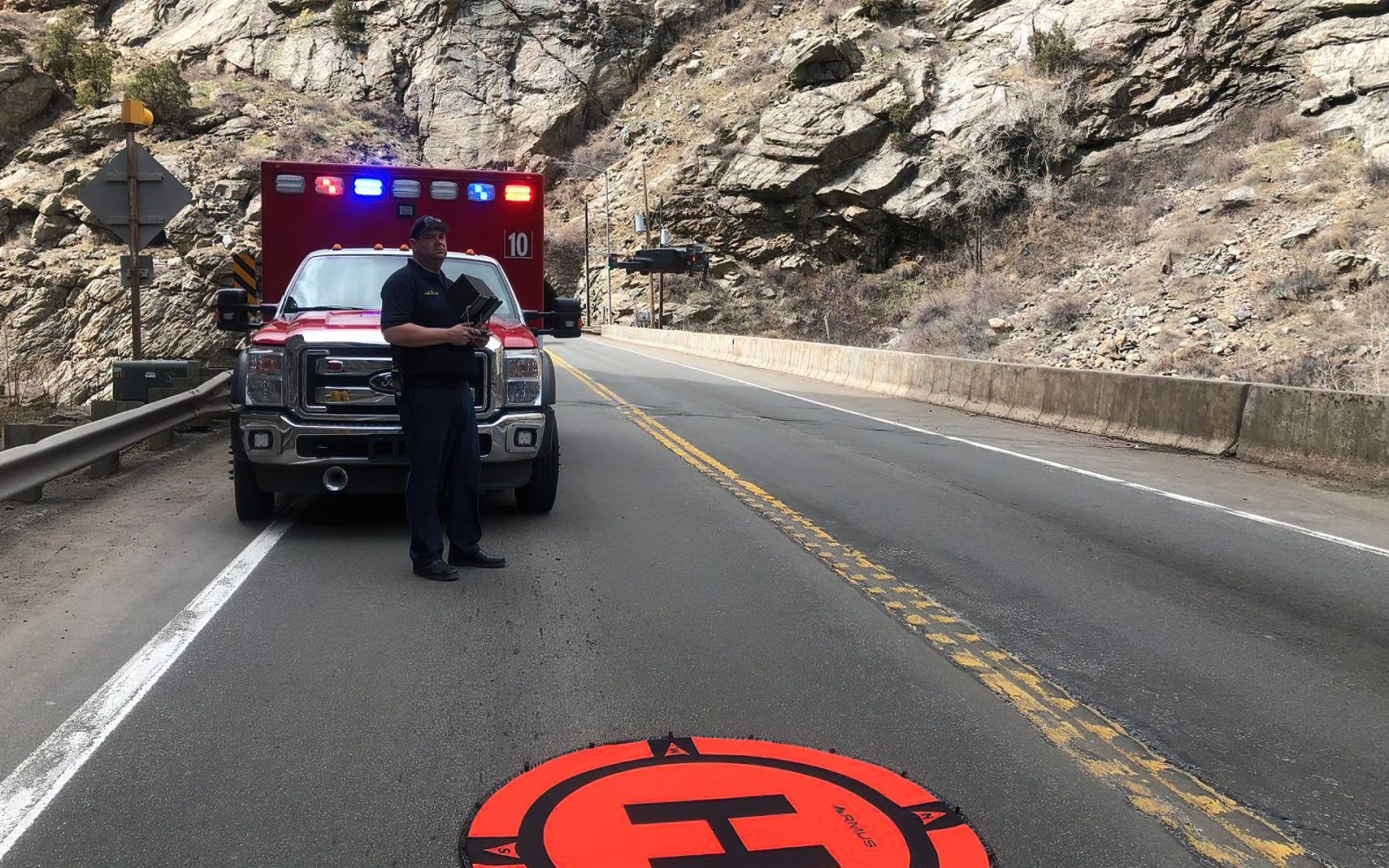 In a second story about drones for good, an injured hiker was rescued with the help of a drone. The woman had fallen nearly 30-feet, down a rocky slope in Clear Creek Canyon in Denver, Colorado. A drone was used to locate the woman, but it took three dozen rescue workers nearly six hours, an inflatable raft and two rope systems to bring the hiker back to safety from the inaccessible backcountry. Based on the photos in a tweet from West Metro Fire Rescue, it seems that another DJI Mavic 2 Enterprise has been used in this rescue.

The unfortunate hiker had fallen in very steep, hard-to-access area, terrain. According to the Golden’s Fire Chief the woman was hiking off-trail when she fell and injured her head. Ronda Scholting, a West Metro Fire Rescue spokeswoman, said:

“This was a very difficult, technical rescue.”

The injured woman was unable to walk out of the backcountry. Rescue workers used the drone assess the area and “felt the safest way to get her out” was to use a rope system.

First, the hiker was lowered to the creek side with the use of a rope system. She was then carried down the creek bed for roughly 600 feet to a location where a second rope system was setup to pull her up to the road where an ambulance was waiting to take her to the hospital.

West Metro and the Golden Fire Department worked together on the rescue. Additional assistance was provided by the Jefferson County Sheriff’s Office, Jefferson County Open Space, the State Patrol, the state Department of Transportation and American Medical Response ambulance.

Based on the photos in a tweet from West Metro Fire Rescue, it seems that another DJI Mavic 2 Enterprise has been used in this rescue. Not only is this drone easy to bring along on search and rescue missions, it is also less expensive and faster to deploy that for instance the DJI M210 and Zenmuse XT2.

West Metro’s technical rescue team is assisting @GoldenCOFire on a hiker rescue in Clear Creek Canyon.
The hiker is injured, and is being carried out.
West Metro used a drone to help the rescue team locate a safe trail to evacuate the patient. pic.twitter.com/UTN4NtUtNJ