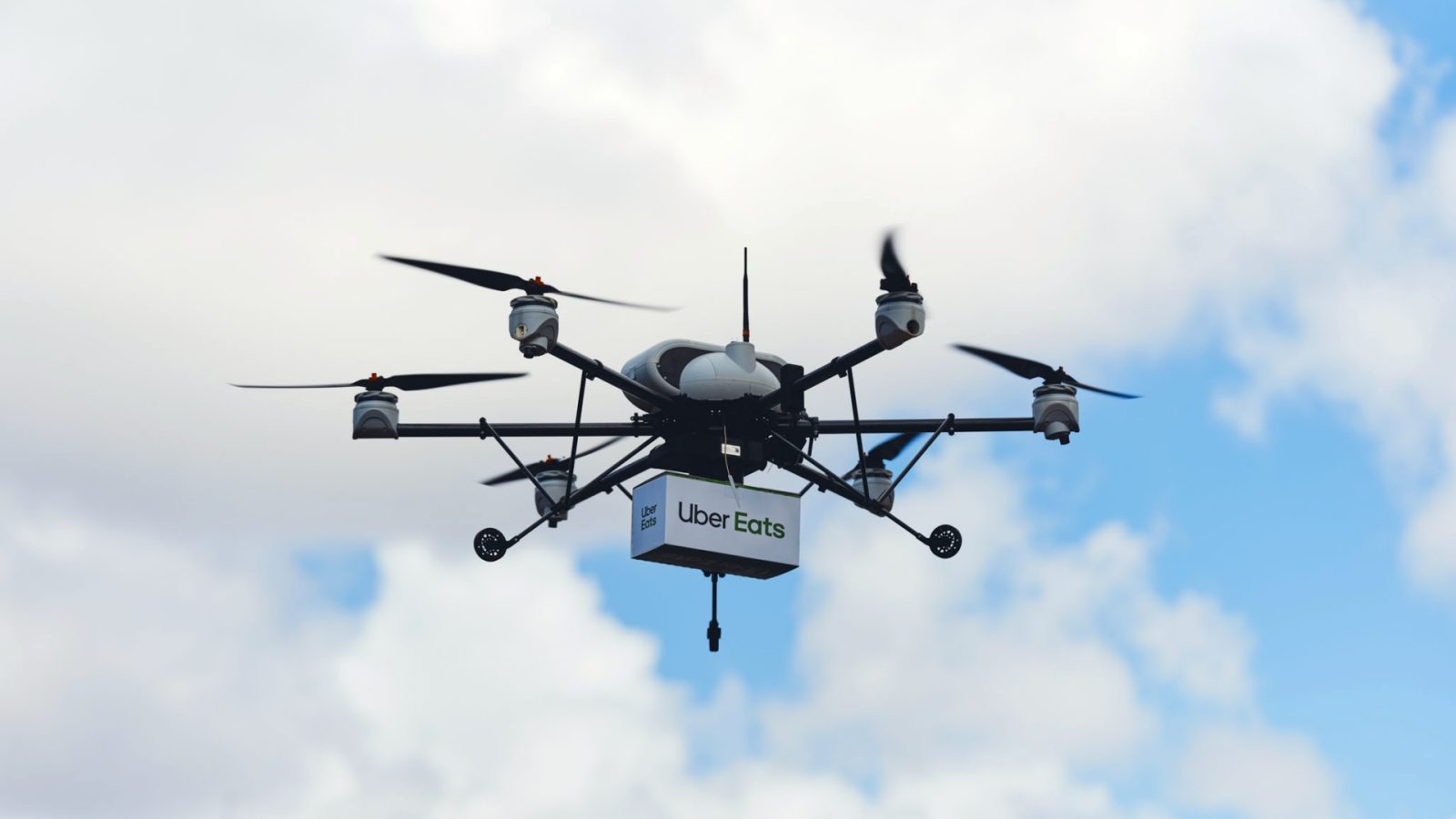 With their ride-sharing service, Uber has transformed the way people get from one place to another. Now the company is hoping to revolutionize the way people get their food as well. Last week the company announced plans to start testing the first ever commercial application of food delivery by drone in high-density urban areas in the US. As readers of DroneDJ will know Uber is far from the only company looking to commercialize deliveries by drone. Other competitors in the drone delivery space, of course, are Amazon, Google’s Wing Aviation, UPS, Matternet, and Zipline to name a few.

The delivery of fast food by drones is a collaboration between Uber Eats and Uber Elevate. Initial tests took place in San Diego California where fast food meals from McDonald’s were delivered by drone. Uber plans to expand a commercial for delivery by drone later this summer in the same city using a fee structure that is similar to Uber Eats. According to Bloomberg, Uber Eats reported revenue of $1.5bn USD in 2018 which is nearly 150% more than the previous year.

“We have been working closely with the FAA to ensure that we’re meeting requirements and prioritizing safety, Uber Elevate’s Luke Fisher, the company’s head of flight operations said in a statement. “From there, our goal is to expand Uber Eats drone delivery so we can provide more options to more people at the tap of a button. We believe that Uber is uniquely positioned to take on this challenge as were able to leverage the Uber Eats network of restaurant partners and delivery partners as well as the aviation experience and technology of Uber Elevate.”

According to the Washington Post, a spokesperson for McDonald’s confirmed the fast food giant has been working together with Uber but also said that the two companies do not have any immediate plans to partner on drone delivery.

“We were happy to support the initial drone pilot test with Uber Elevate in San Diego and while we have no plans to announce at this time, we look forward to exploring the potential for additional testing together”, the spokesperson said. “Uber Eats is an important partner for McDonald’s and we’re proud of what we’ve accomplished together thus far.”

The Uber drone delivery service works slightly differently than what we have seen from other competitors. A restaurant loads the meal into the drone and the unmanned aircraft will fly to a designated drop off location. In the meantime Uber’s technology notifies a nearby Uber Eats driver, who will meet the drone at the drop-off location to pick up the meal and deliver it to the customer in a similar way that the Uber Eats service currently operates.

In the future, Uber would like to land their delivery drones on top of parked vehicles marked with QR codes near the final delivery location. In that scenario, the Uber Eats driver would also hand-deliver the order to the customer.