Police use of drones is expanding in Washington State 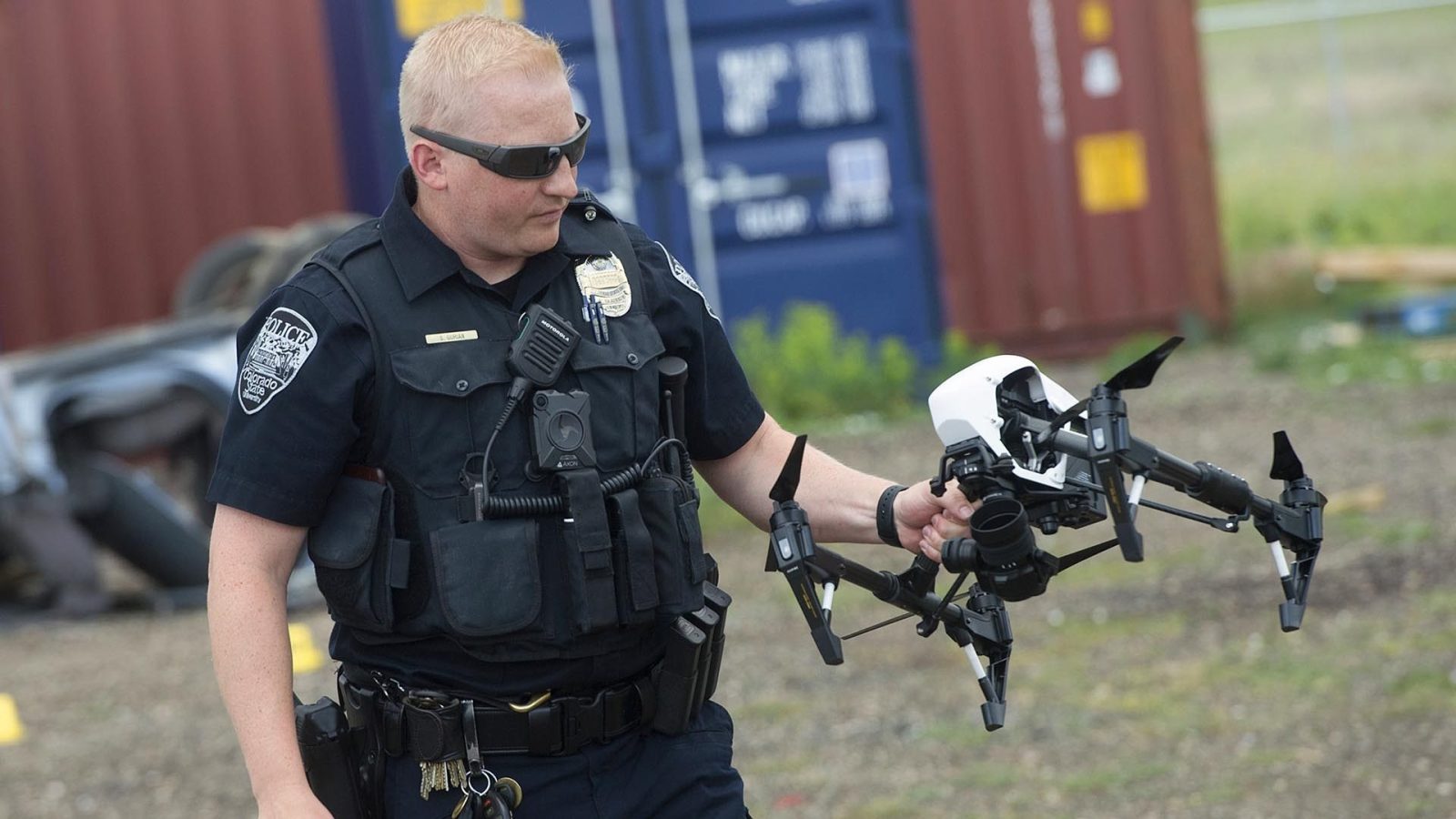 The use of drones by police departments in Washington State is increasing. The Washington State Patrol is now believed to have the largest drone fleet of any law enforcement agency in the country, with over 100 unmanned aircraft in service. In contrast, the next state over, Oregon, only has three drones at its disposal.

Use of drones by police is increasing

Other police departments in Washington State are catching up and expanding their drone fleets as well. One example is Renton Police Department, which first started using drones in 2016.

“Initially, we just used them like the Washington State Patrol is doing now, for mapping crash scenes,” said Renton police commander Chad Karlewicz, according to MyNorthwest. “Then we expanded to crime scenes, mapping those. Our SWAT teams use them extensively. So they’ll use those to fly indoors and search a structure with a drone before we send bodies in there. We use them for SWAT mobile watches when we are doing warrant services, those kind of things. And earlier this year, we rolled them out to most of the divisions in our department, so every patrol crew has a pilot and a drone available to them… “

One area where drones benefit police departments is when they need to map a crime scene. Both the Washington State Patrol as well as the Renton Police Department said that previously mapping a crime scene took about three to four hours, but with a drone, it only takes 20 minutes. The Renton Police Department, according to Karlewicz, is probably averaging 30 to 40 drone missions a month.

“If we can fly a drone in and clear the majority of a house with a machine instead of putting a human in there, possibly in danger, we do that,” he said. “Same thing for a high-risk stop and the subject is refusing to get out of a car. It would be nice to see what he is doing in the car. So we might fly a drone up and look inside the car and see what he is doing, and if he presents a danger to us, tell if he’s armed and that kind of thing. So really it’s progressed to a point where that tool keeps us safer and more efficient,” he added.

Just like hobbyists and commercial drone pilots, the police have to follow the same rules when they are flying drones. For instance, they too need to keep their aircraft below 400 feet in elevation. Karlewicz says that for most police operations, the drones only fly at around 50 feet to capture quality video and photo material. All the imagery collected by the unmanned aircraft are public records.

“We have fairly robust policies in place,” Karlewicz said. “I know there is always that concern about big brother and that kind of thing… but policies prohibit us from random surveillance. They tell us not to point cameras in the direction of private, uninvolved citizens. Really, we are using them for specific purposes… that’s why we have a policy that on a mission, we will record it. That is our effort to be transparent.”

Other police departments in Tacoma, Kirkland, and Everett don’t have drones yet, but are looking into adding them to their toolkits. Seattle was about to start a drone program, but canceled it after receiving enormous public pushback. King’s County Sheriff’s Office does not own drones but instead relies on volunteer drone pilots for search and rescue missions. Kent police use drones, but mostly for crime and crash scenes. Tukwila police have been using drones since 2017.

What do you think about police departments using drones? Let us know in the comments below.