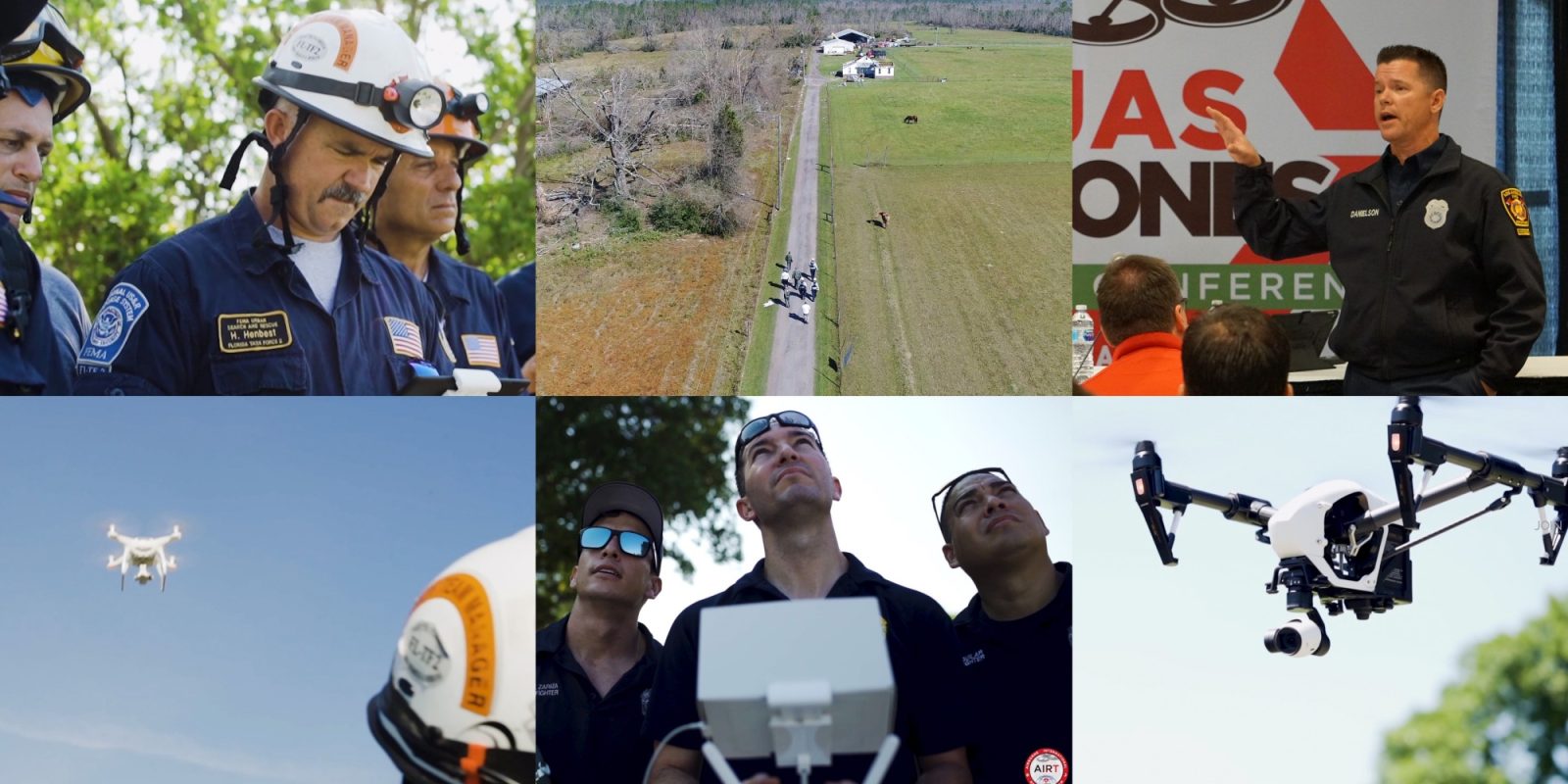 Managing an unmanned aircraft systems (UAS) program can be a challenging endeavor. There are a myriad of regulations, technical challenges, and operational issues that every program manager must contend with. But managing a public safety UAS program can be even more daunting – especially in communities where privacy is paramount and distrust of “big brother” lingers in the air.

The cities of New York and Los Angeles represent the two largest metropolitan areas in the U.S. Each municipality boasts robust law enforcement agencies that are widely recognized around the world. Each police department must also contend with local watchdog organizations ranging from the notoriously challenging New York media to fierce privacy groups in L.A.

Within the past year, both NYPD and LAPD have launched UAS pilot programs. Initial information appears to indicate that each program has been successful to date. Yet each drone program has also been put to the test in justifying both when and how UAS are used to conduct police-related aviation operations.

Historically, the American media has always served as a watchdog over government. Reporters broke Watergate, the Iran-Contra Affair, and numerous other notable scandals that captured headlines and national – if not global – attention. But how do you make a splash if you are a local reporter trying to create a name for yourself? You might target the new public safety drone program.

That is the track that Mark Chiusano, a member of the Newsday and amNEWYORK editorial board, appeared to embark upon when he requested the deployment reports of NYPD’s young UAS program. Like most smart reporters, Chiusano officially requested the documents using a Freedom of Information Law (FOIL) submission. Similar to the federal Freedom of Information Act (FOIA), FOIL is a series of laws designed to guarantee that the public has access to public records of government bodies in New York.

According to amNEWYORK, what Chiusano received back was 54 reports covering NYPD UAS flights from December 4, 2018 to March 19, 2019. More intriguing, Chiusano was able to uncover UAS program details that NYPD had not disclosed publicly prior to that time. Using the UAS flight reports received through FOIL and cross referencing those with other police report and news clips, Chiusano was able to piece together a rough chronology of significant NYPD drone program operations to date.

A few of the highlights that Chiusano identified were:

Chiusano’s savvy research strategy is something that other news reporters are sure to repeat. Accordingly, all public safety UAS operators and program managers should be aware that the documents and reports they file may at some point be subject to public scrutiny.

Not that public oversight by local media of government drone programs is necessarily a bad thing. In fact, in many cases increased scrutiny may be warranted – especially when monitoring new UAS programs managed by inexperienced personnel. Some within this new breed of public safety aviators may be prone to cut corners, thereby increasing the risk factors surrounding their UAS operations. Having the media looking over their shoulder from time to time might serve as a much-needed reality check.

However, the National Press Photographers Association (NPPA) rightfully points out that the media is not always where scrutiny surrounding public safety UAS operations originates.

“It is not so much the media that are monitoring the use of drones by law enforcement and first-responders as it is civil rights groups doing that and then sending those findings to the media who report on them,” said Mickey H. Osterreicher, general counsel for the National Press Photographers Association. “In an age of privacy and other concerns, it is incumbent that the media inform and educate the public on the many beneficial uses of drones, including newsgathering, as well as for all drone operators to conduct their activities with the greatest amount of transparency possible to allay any fears regarding safety or privacy,” he added.

Osterreicher is right on point.

In 2017, the Los Angeles Police Department held forums across the city to pitch their plan to fly drones for law enforcement missions. Public reaction was far less positive then they had hoped for, with advocacy groups like Stop LAPD Spying Coalition vehemently objecting to the proposed plan.

Based on that feedback, LAPD embarked on a scaled-down UAS pilot program with specific protocols regarding when and how drones would be used. LAPD Public Information Director Josh Rubenstein initiated a proactive communications strategy to transparently inform citizens and watchdogs groups about how LAPD would be using their drones. This helped alleviate fear and build trust with many community members. 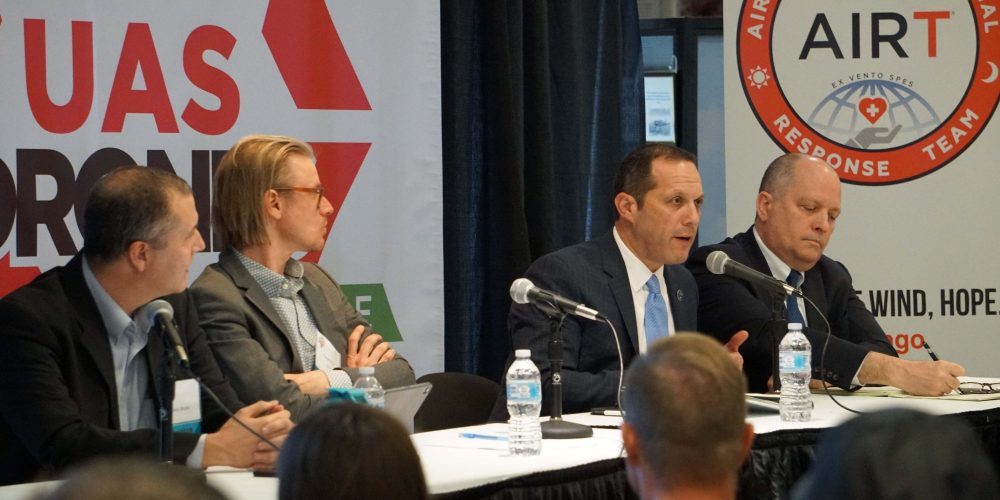 That strategy appears to have worked well for LAPD. On July 9, the Los Angeles Police Commission unanimously approved a report on the LAPD UAS pilot program.

“The pilot program followed the guidelines to a `T.’ There was no misuse,” Police Commission President Steve Soboroff said. “There was not only protection of the officers and the suspects, but (using a drone) probably saved the lives of two suspects.

Perhaps most notably, the LAPD report estimated that between $2,800 and $3,800 was saved each of the four times a drone was deployed during the pilot study. A benefit that would be sure to save the department significant money over the long term, reports Eric Heinz of City News Service.

Both the New York and Los Angeles examples represent a shot across the bow for naïve public safety UAS program managers who may believe that only the eyes of their department are upon them. Savvy supervisors should work with their public information officer to create a communication strategy to proactively inform their community about developments within the drone program.

Open, transparent dialogue can be difficult for law enforcement agencies that possess a culture of restricting the amount of operational information they publicly disperse. Regardless, the need to build community trust surrounding the use of UAS trumps the operational security argument in almost every case. Public safety agencies must clearly establish that unmanned systems can be used for legitimate benefits if they expect to win over public opinion. That all starts with leadership – and maybe just a bit of additional outside assistance.

DRONERESPONDERS, a 501(c)3 non-profit program designed to help public safety agencies adopt and understand drone technology, is offering free assistance for public safety UAS operators and program managers who have questions about how to address media and privacy concerns. DRONERESPONDERS is already working with the NPPA, the Alliance for Drone Innovation, and other key industry stakeholder to develop guidance for both public safety and media UAS operators who will be working together in shared airspace.

There is no cost to join the DRONERESPONDERS program, and members will receive access to a variety of resources such as discussion forums, blog posts, and documentation from other public safety UAS programs who have already successfully solved similar challenges. For more information or to sign up for DRONERESPONDERS, please visit droneresponders.org

Christopher Todd is the Executive Director of AIRT (Airborne International Response Team), a 501(c)3 non-profit organization that helps people prepare for, respond to, and recover from complex emergencies and major disasters. Chris is a Certified Emergency Manager®, an FAA Part 107 Remote Pilot, and a FEMA-certified Advanced Public Information Officer. He is a member of the Florida Region 7 All-Hazard Incident Management Team, and the president of Airborne Response, a Miami-based provider of Mission Critical Unmanned Solutions™.

Interested in reading more about how drones can come to the rescue of people in need or can assist in disaster response, click here.