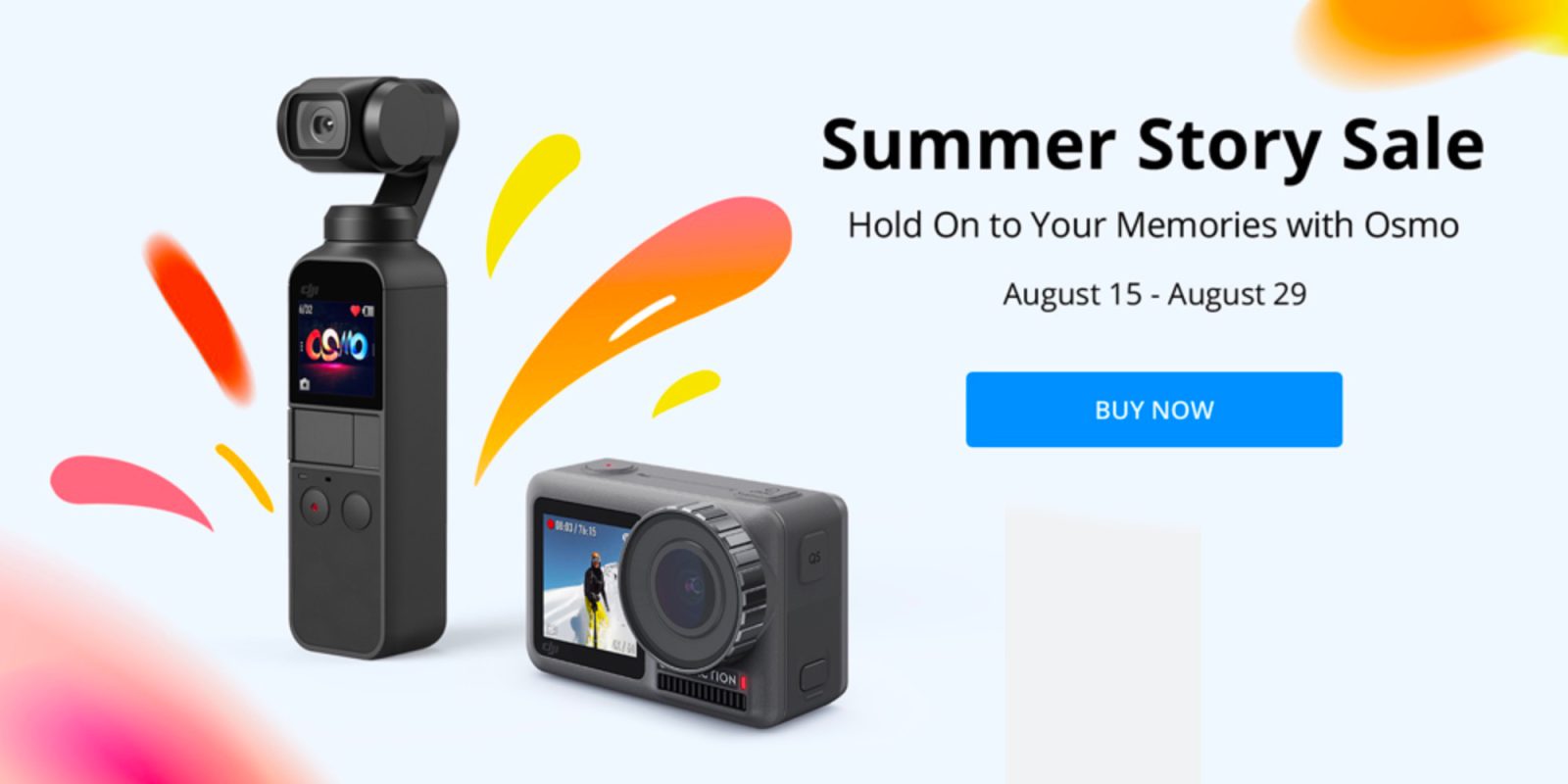 Every year, it seems, DJI runs a promotion during the summer. This year is no different. Today, DJI announced the 2019 DJI Summer Story Sale event with discounts on both the DJI Osmo Pocket & Expansion Kit Combo and the DJI Osmo Action. The Osmo Pocket & Expansion Kit Combo has been discounted by $30 from $458 to now $428. And, the DJI Osmo Action is now $50 off and retails for $299 instead of $349. Both deals are available on the official DJI online store.

Here’s what we said about the DJI Osmo Pocket:

“DJI has created a very small and powerful package. Powerful enough that I may opt to leave my full-blown DSLR camera and gimbal at home in many situations. The best camera is the one you have with you, and with the DJI Osmo Pocket, there is no reason to not bring it with you all the time!”

Here’s what we said about the DJI Osmo Action:

“DJI now introduces a rugged action camera to record all your adventures. This little guy is waterproof, dustproof and shockproof. The DJI Osmo Action features two displays, one of which is a touch screen. The camera takes 12-megapixel stills though its F2.8 lens (145 degrees FOV). Photos and video are recorded on a 1/2.3” sensor. And, video can be recorded in 4K, up to 60fps at 100Mbps with DJI’s Electronic Image Stabilization (EIS), called RockSteady.”

Of course, be sure to check out our sister site 9to5Toys for daily deals and discounts. Those guys do an amazing job finding the best deals out there.

What do you think about these deals? Let us know in the comments below.