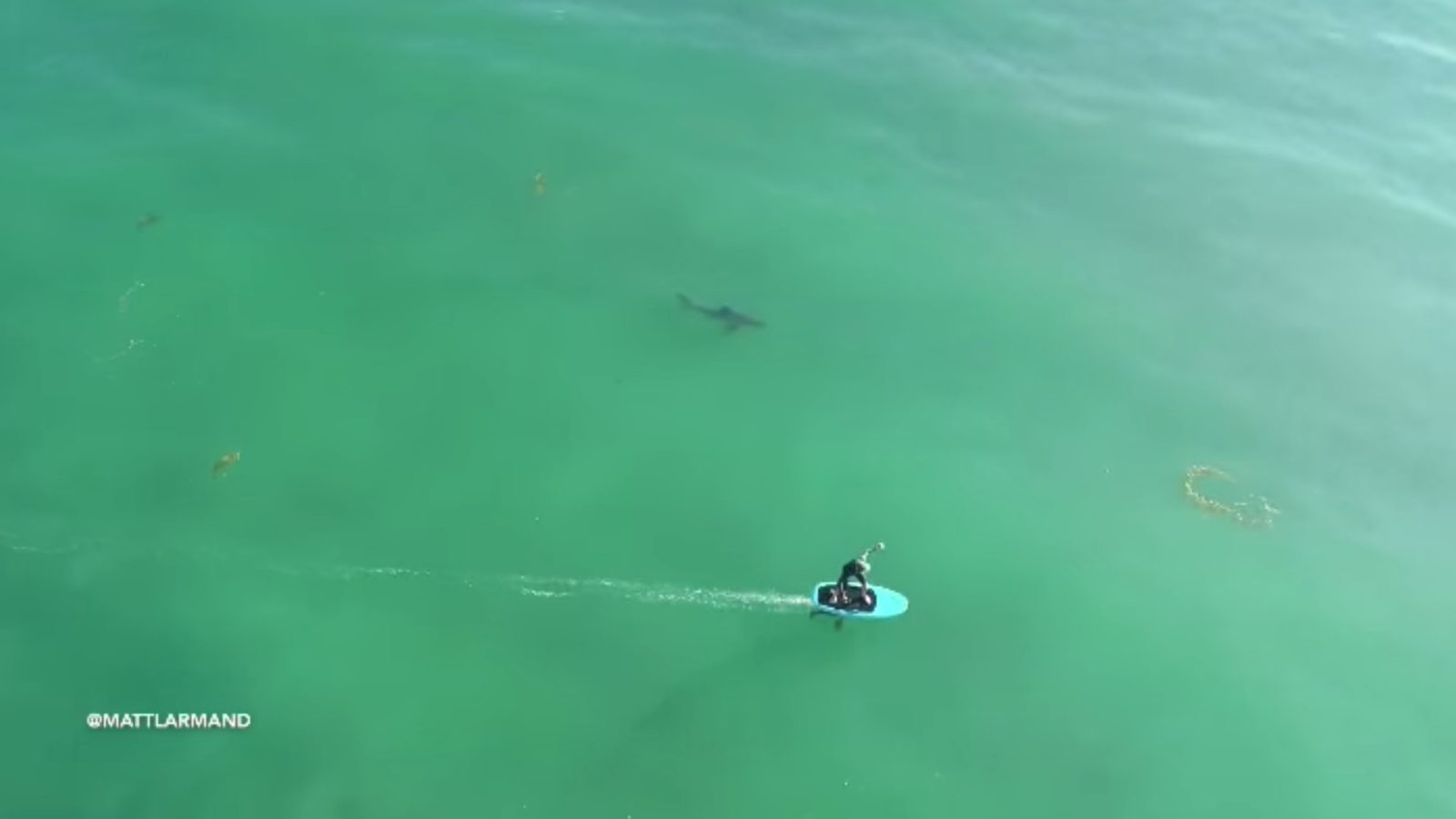 A photographer with a drone captured great white sharks circling oblivious surfers in California. This is not the first time we have reported on shark sightings. The aerial perspective that a drone provides makes these predators much easier to spot than from the beach or water, as is the case in this example as well. The surfers only seem to realize at the very end that they had company.

On Wednesday, Matt Larmand used his drone to film a group of hydrofoil surfers zipping through the water when he spotted the great white sharks.

Larmand said he was about a quarter-mile away from the surfers with no means of warning them of the lurking danger in the water at Capistrano Beach in Dana Point, outside of San Clemente.

Hé said that he hoped to capture footage of great white sharks but didn’t expect to find them threatening a group of surfers.

At some point in the video, you can see the surfer passing right over the shark. And elsewhere in the clip, you see a surfer falling into the water not far away from one of the sharks. Larmand said he was terrified when he saw this happen.

“I was freaking out. I was like, ‘He has no idea there’s a shark right next to them,” he told the O.C. Register. “He was just sitting there, he had no clue. I would be freaking out if I was him, it was just insane to watch.”

“It was almost like they could care less they were there,” Larmand told the Register. “One of the clips I have, the guy being towed by the Jet Ski, they were going by and went past by six to seven feet away, and the shark could care less if they went right past him. The sharks were being really mellow.”

Luckily the surfer was able to get back on his board, oblivious to the danger nearby, and the shark decided to swim away.

One of the three great white sharks was at least eight-feet long, estimated Larmand. This might indicate that the predator was a juvenile, which according to shark experts tend to be the most curious and therefore potentially the most dangerous.

Surfers are typically not part of the menu for great white sharks. They prefer seals, sea lions, dolphins, and fish. However, a surfer in a wetsuit paddling on a board might easily be mistaken.

Fortunately, the sharks left the surfers alone and nobody got hurt.