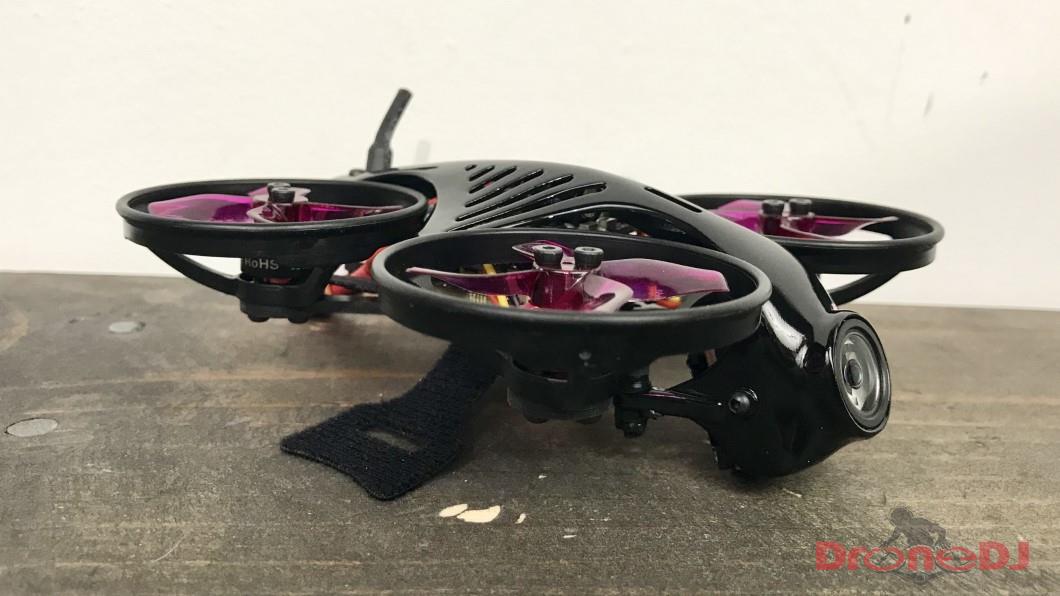 The Makerfire Armor 85 HD is a brushless FPV quadcopter with an HD camera. It is sleek looking and doesn’t look anything like a typical whoop. This is not built for racing or outdoor acro, but for capturing cinematic aerial footage. It may not be capable of capturing the same quality as a GoPro or Runcam but the quality is good and it can fit in places that larger drones can’t. At $129.99 it is a lower cost option if you are looking to try out a cinewhoop drone.

The Makerfire Armor 85 HD is another Cinewhoop style drone. Like the Mobula 7 HD or Beta85 HD it is an 85 mm quad with ducted propeller guards. It features an F3 flight controller and 1103 10,000 kv motors. Like the others, it features a Caddx Turtle for both viewing FPV video as well as recording onboard HD footage via a micro SD card. My version used a Frsky receiver but you can get Flysky, Spektrum and Futaba compatible models.

The  Armor 85 HD comes with a 3S battery and a USB charger as well as an extra set of props. The purple Gemfan 1636 props combined with the black shroud give the drone a wicked look. It tips the scales at 73 grams dry, and 101 grams with the included 500 mah battery. The added weight from the heavier camera and the ducts make acrobatic maneuvers a challenge. It can be done but that isn’t what this quad was built to do. 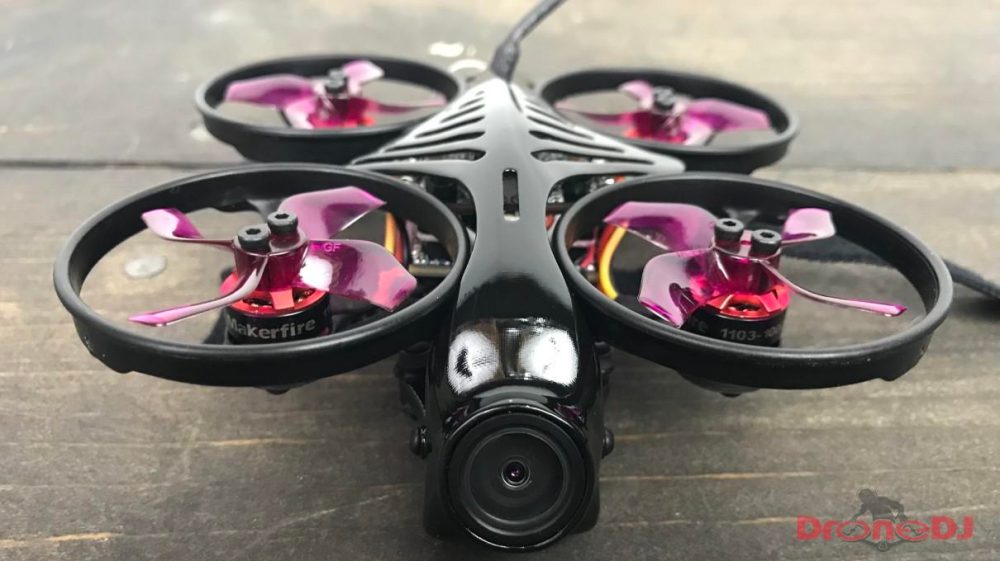 The Makerfire Armor frame is made from what looks to be a very nice, durable carbon fiber. However, the top shroud which holds the camera in place is lightweight plastic and is very thin at the connection points. Unfortunately, this meant one of the connection points broke and had to be superglued fairly quickly. The low-slung camera looks good and gets it out of the way of the props but I wonder about the durability of it in the long run. The range is pretty impressive for a smaller quad, being able to switch from 25mw up to 100mw via smart audio. 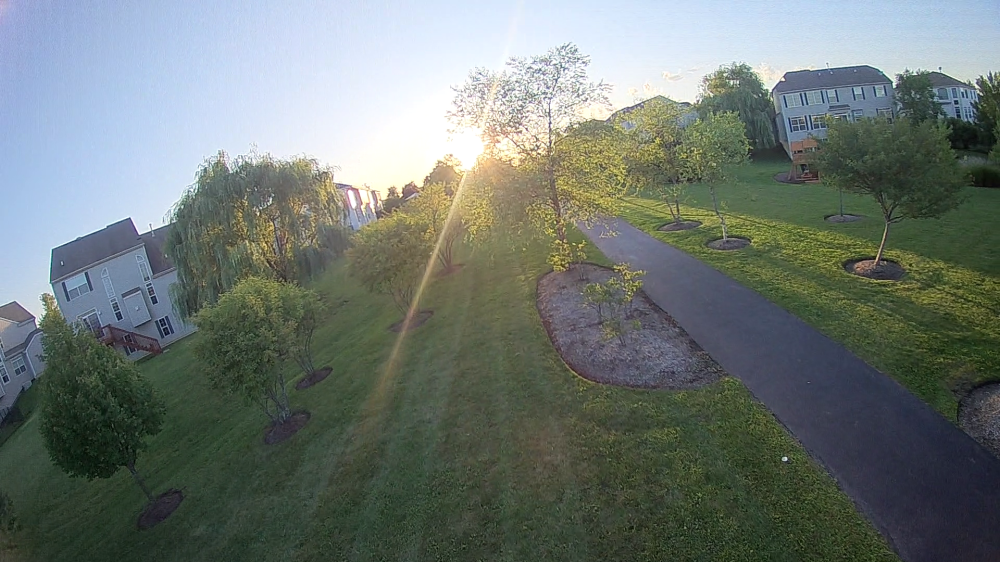 Take a look at this capture from the Makerfire Armor 85 HD camera.

The flight overall seems relatively typical for a 3S cinewhoop. It is a solid cruiser. The Makerfire Armor 85 HD will feel a bit underpowered, especially if you are used to flying a standard 5″. With some smooth flying, you can milk about 4 minutes out of a battery. More aggressive flying will yield closer to 3-minute flights. 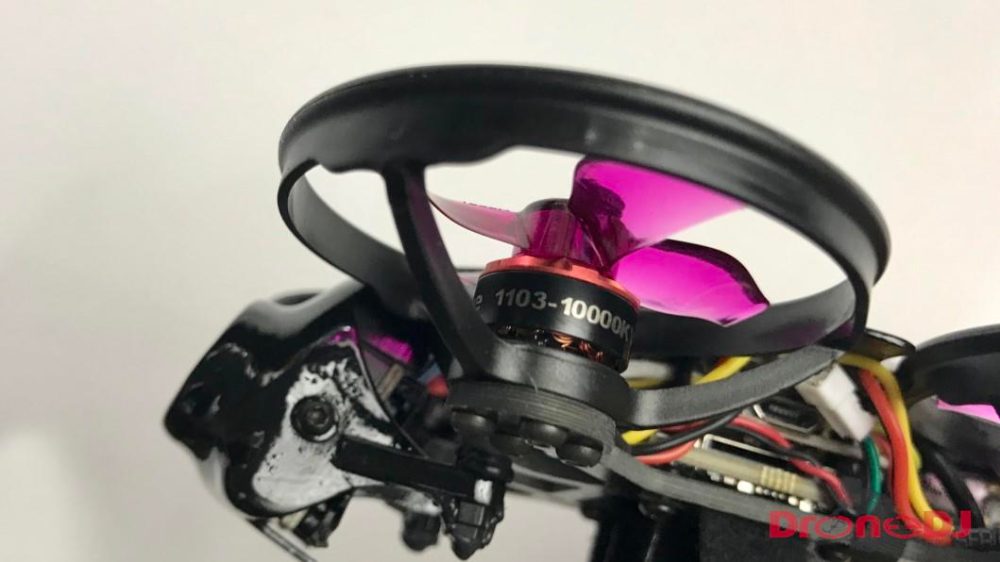 I did experience an issue that when cutting hard and rolling at a certain angle the quad would failsafe. This caused crashes on numerous occasions. It might be something that could be fixed with further debugging and tuning, but for an out of the box quad, this was annoying.

Should you buy the Makerfire Armor 85 HD? 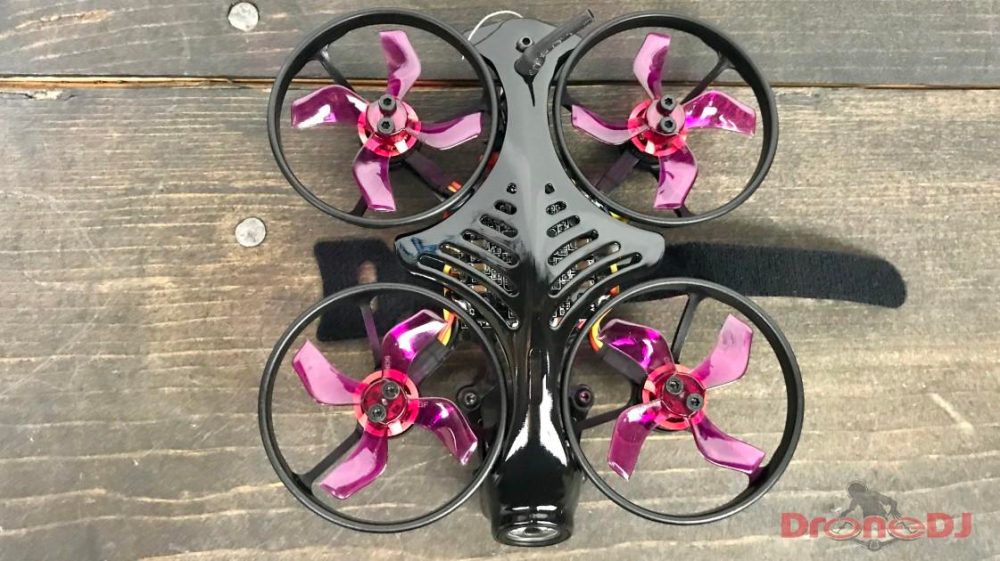 Overall, this Makerfire Armor 85 HD has some potential. Like a lot of the other Cinewhoop drones, it can be a blast to fly and capture unique flight footage. It is one of the best looking ones in my opinion but falls a little short of the Cinecam or Mobula 7 in terms of performance. The Eachine Cinecam is my favorite ready to go cinewhoop drone but it will cost you almost $200. The Mobula 7 HD is another good option but at $150 it too is more expensive than the Makerfire Armor 85 HD.