Drone video of capsized cargo ship off the coast of Georgia 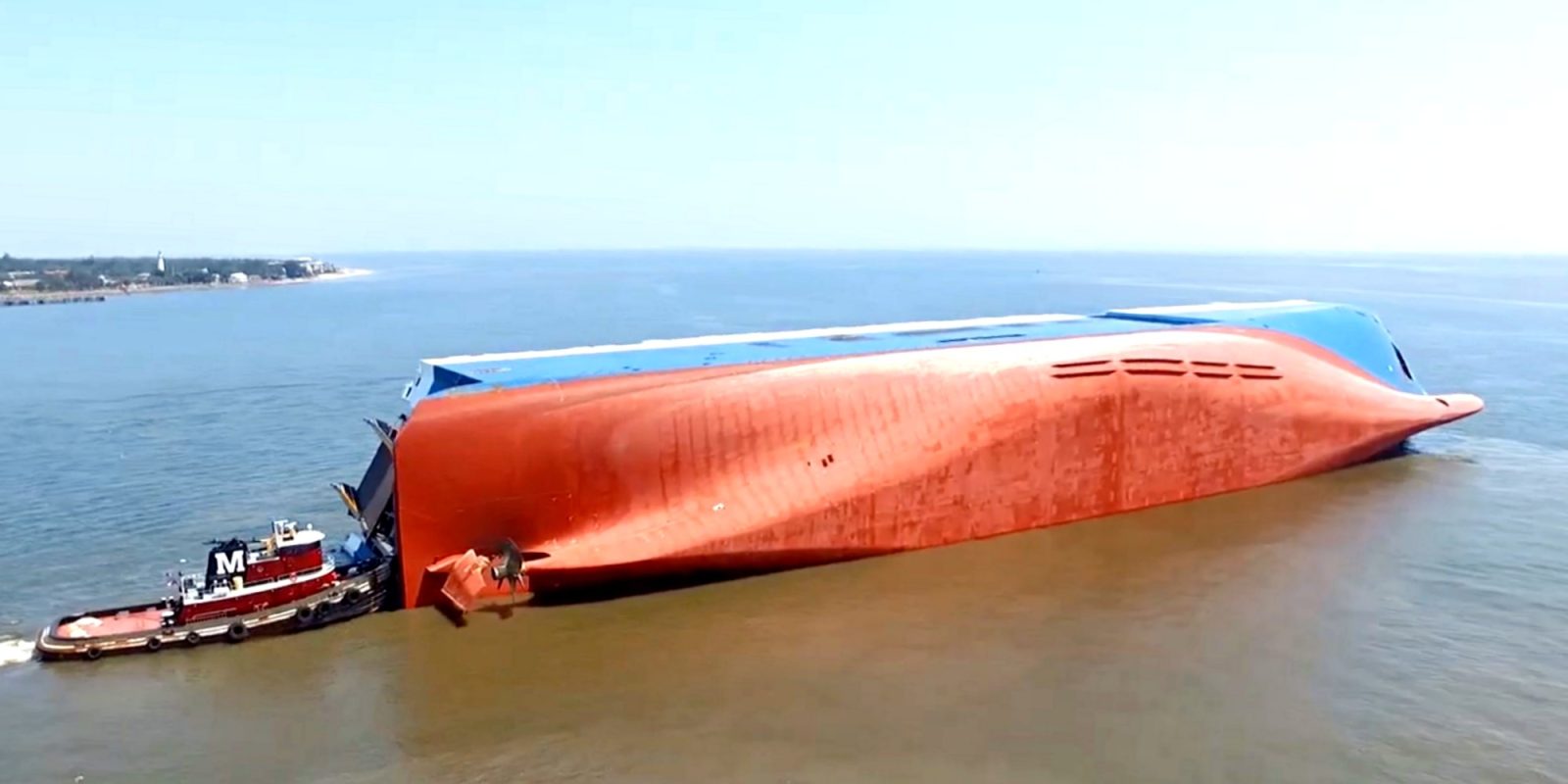 A drone video shows a capsized cargo ship off the coast of Georgia. The ship started listing Sunday at 2 am off St. Simons island shortly after it left the Port of Brunswick, Ga., on its way to Baltimore.

There were 24 people, 23 crew and one pilot, onboard the ship when it capsized and so far 20 have been rescued with help from the US Coast Guard. According to an article in the WSJ, the missing four crew members have now been found and there have been communications with them.

The capsized ship is operated by Hyundai Glovis, which is the car shipping arm of Hyundai Motors. The 660-foot Golden Ray most likely capsized because of ‘cargo instability’, said Fotis Pagoulatos, an Athens-based naval architect. “If cargo is not properly secured it could move to one side, the vessel loses its balance and lies on its side.”

“There was some kind of an internal fire that could not be controlled and then it capsized,” a Hyundai Glovis executive said.

According to Coast Guard Capt. John Reed is was too dangerous for rescue teams to go inside the overturned vessel. “Once salvage professionals have determined the vessel to be stable, we will identify the best option to continue our rescue efforts for the four crew members who remain on board,” he said.