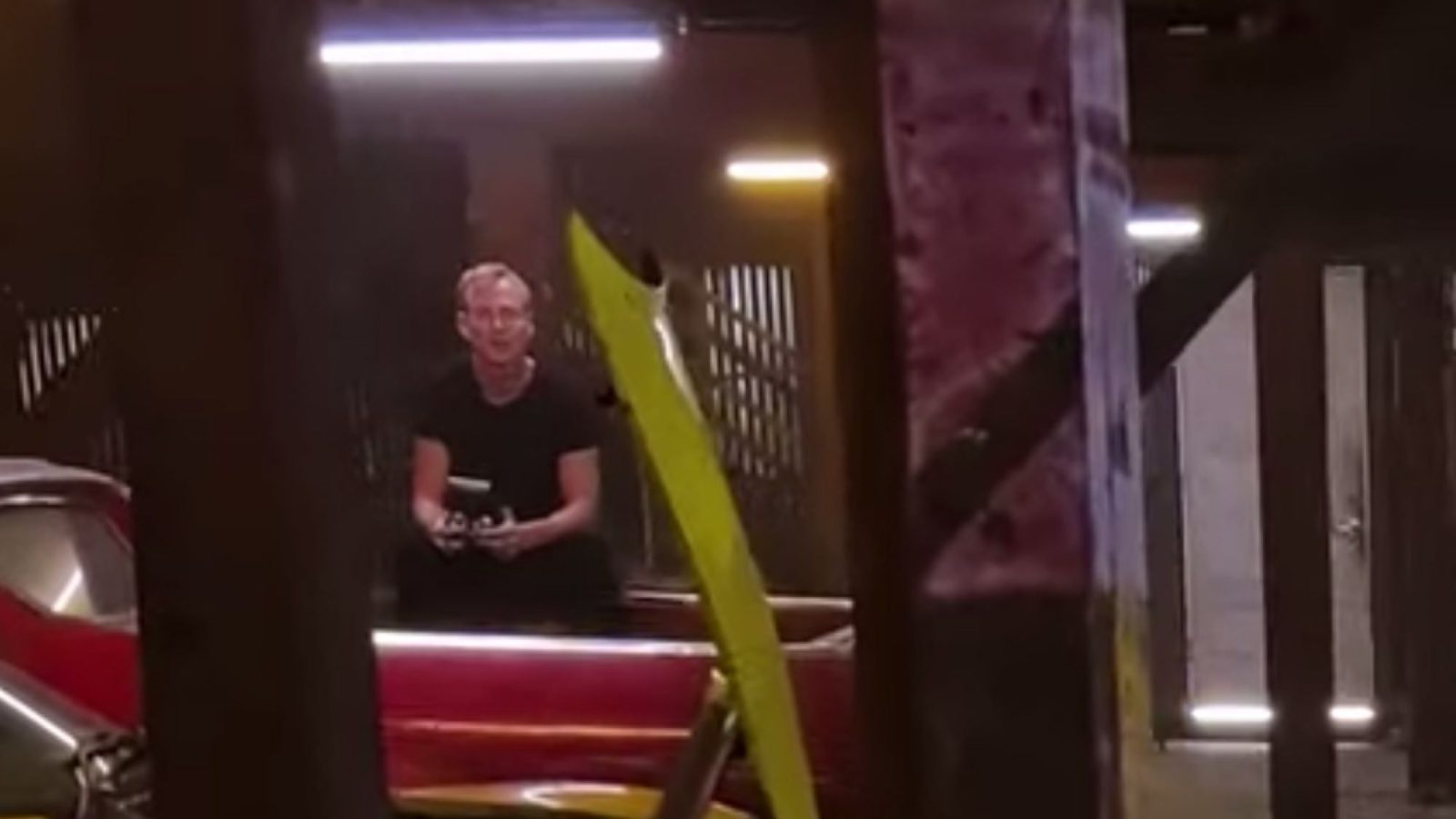 Maybe Skydio does it on purpose. Maybe not. Either way, the marketing team that releases the teaser videos for the new Skydio 2 drone always put a little easter egg in there somewhere. The first video showed the shade of the drone, which revealed to us that there will not be a metal band or casing around the entire drone as was the case with the Skydio R1. The latest video shows somebody who presumingly is flying the drone and he seems to be holding a remote controller for the Skydio 2 drone. More control over the unmanned aircraft with a dedicated remote controller might just turn the Skydio 2 into a true DJI Mavic 2 Pro competitor.

The person flying the drone is alone visible for a very short time at the beginning of the second shot where the aircraft is flying through the garage or car workshop. He seems to be holding a remote controller for the Skydio 2 drone and you can see him move his head to follow the unmanned aircraft. Probably not necessary as the Skydio 2 seems perfectly capable of avoiding the obstacles in its way while flying backward at a pretty good speed.

Btw – thank you to D. Schaiewitz for spotting the pilot in Skyio’s video! Schaiewitz said:

“The individual in the upper left-hand corner sitting on the edge of the red pickup vehicle with his feet in the bed of the pickup is holding what appears to be an object the size of an IPad. He is apparently controlling the drone. If you zoom in and enlarge the object, the individual’s hands are gripping the “controller” in a way that is “different” than one would hold an IPad or similar device!”

The fact that it seems that the new Skydio 2 drone comes with a remote controller is actually big news. The original Skydio R1 was controlled from the Skydio app on your smart-phone and even though you could technically fly it from your phone there really was no need to. The R1 flew itself. Some people likened the drone to a self-flying action camera and a bit of a one-trick pony. The fact that the Skydio 2 seems to come with a remote controller could be an indication that the pilot will have much more control over the drone with a dedicated remote controller while enjoying unrivaled obstacle avoidance. Such a combination might just heat up the competition for the DJI Mavic 2 Pro!

The new Skydio 2 drone will be announced this fall (October?) and as you might have guessed, we are really excited about its release. Actually, I’d like to know if I can make a reservation already because instead of waiting for DJI to release their next drone, I’d really like to get my hands on the DJI Mavic 2 Pro competitor from Skydio instead.

What do you think about the new Skydio 2 drone? Let us know in the comments below.