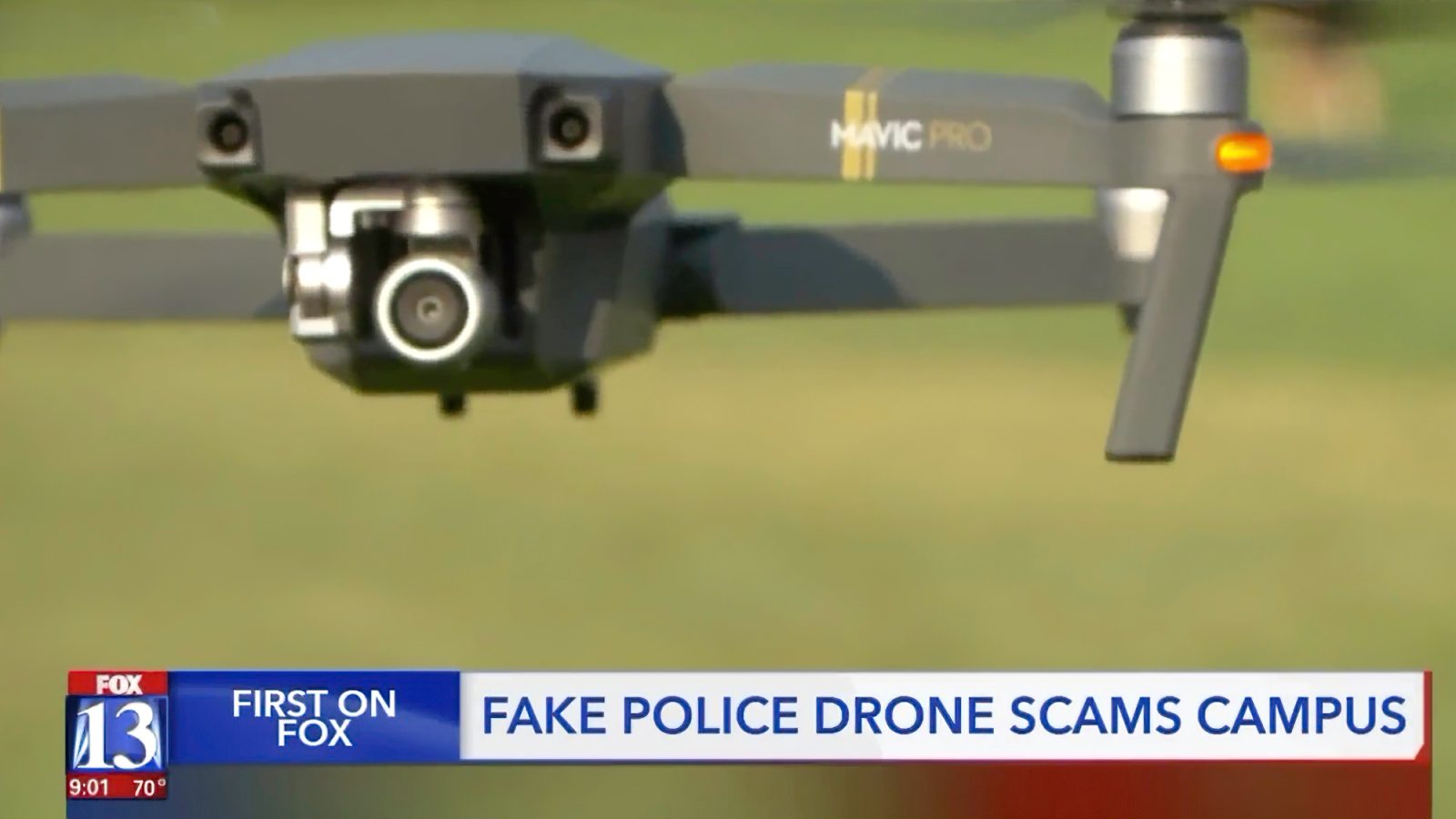 The police of Kaysville, Utah are investigating reports of a drone approaching people and impersonating Kaysville Police. As the unmanned aircraft approaches people it barks orders.

On Sunday around 8 p.m., people reported to police that a strange mechanic flying visitor began to approach them.

“From a speaker attached to the drone, they were just giving announcements that they were Kaysville Police,” Kaysville Problem-Oriented Policing Officer Alexis Benson said.

The voice from the drone told the people to evacuate, Benson said, but didn’t say what for.

Obviously, the people who saw the drone didn’t buy that it was owned by the police, and they called the real authorities instead.

…impersonating police is a misdemeanor crime.

This isn’t the first time she said they think this has happened.

Someone else called the department to report a similar incident, and said a drone followed them home.

“They were walking their dog home one day. Once they got home, the drone advised that they were the Kaysville Police, and that they needed to take their dog inside,” Benson said.

They [Kaysville Police] would never use drones to issue evacuations or make commands.

In fact, she said the department doesn’t even own any drones.