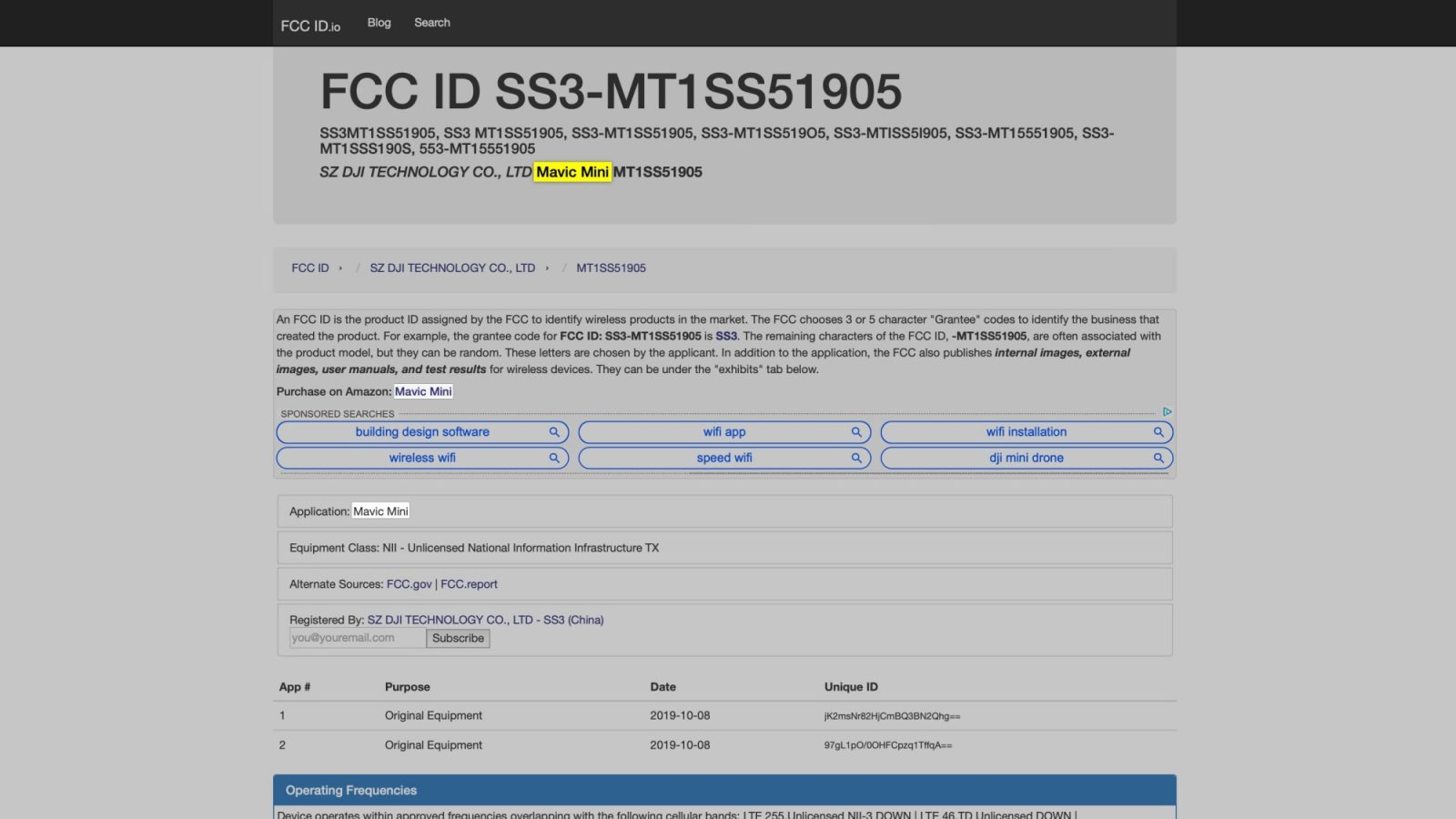 Earlier this morning, FCC filings were released for two new DJI products. We will get right to the point here. The DJI Mavic Mini is confirmed in this latest FCC filing. There is also a second product that will most likely be the remote controller for the new mini foldable drone from the Chinese drone maker.

Many people started to wonder whether we would see any real drone products at all from DJI this year still. Luckily, those who were getting worried can relax now as the new DJI Mavic Mini is confirmed in an FCC database filing.

The two FCC filings are:

We first reported on the DJI Mavic Mini almost two months ago when photos were leaked. The anticipation for this new drone runs quite high as it expected to be a sub-250-gram drone. According to the latest rumors, this small foldable unmanned aircraft will weigh in at 245 grams which will put it right below the 250-gram or 0.55 lbs weight limit. This is important as it means that in many countries the rules and regulations for a drone this small are a lot less strict. In the US it means that you will NOT need to register it with the FAA for instance.

The image below is from the FCC filing and shows where the DJI Mavic Mini label will be placed, inside the battery compartment. You can see that same space in the first photo in the gallery below. 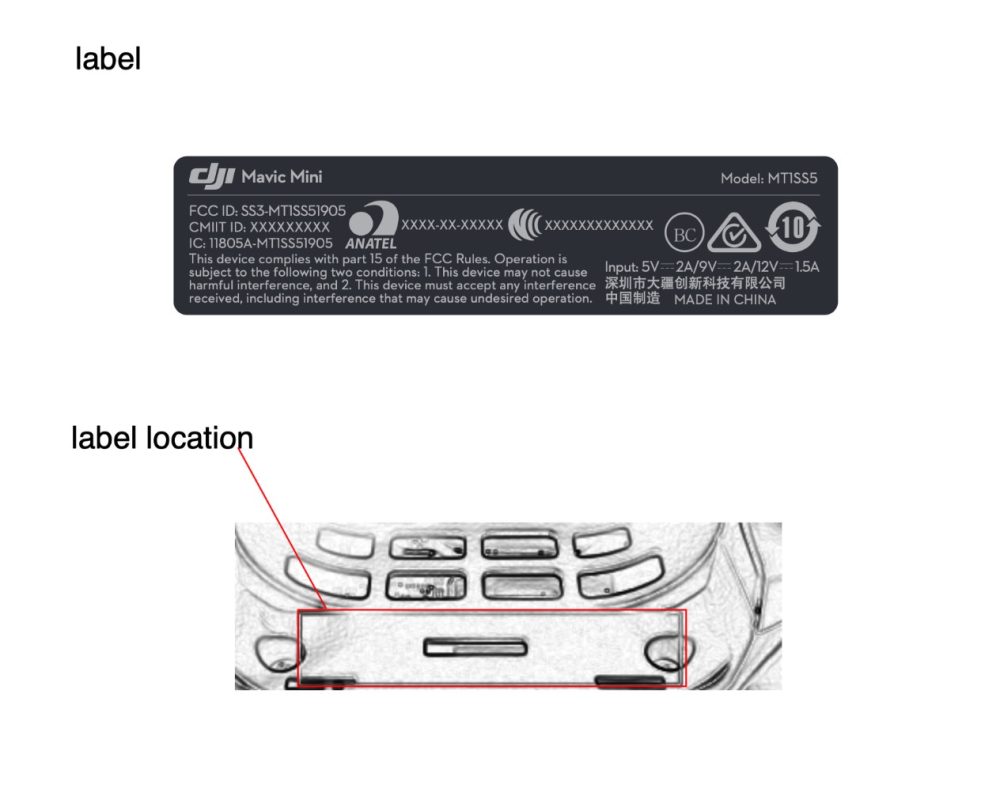 In one of our earlier articles, we shared the rumored and expected specs for the new DJI Mavic Mini. Some of the highlights of this new mini foldable drone are:

In the Confidentiality Letter from June 25th, you can read that DJI requested a short-term secrecy cycle of 180 days which brings us to December 22nd. We expect this DJI Mavic Mini to be released well before the shopping season. It wouldn’t surprise us at all if we still see this new drone hit the market later this month.

What do you think about the new DJI Mavic Mini? Let us know in the comments below.