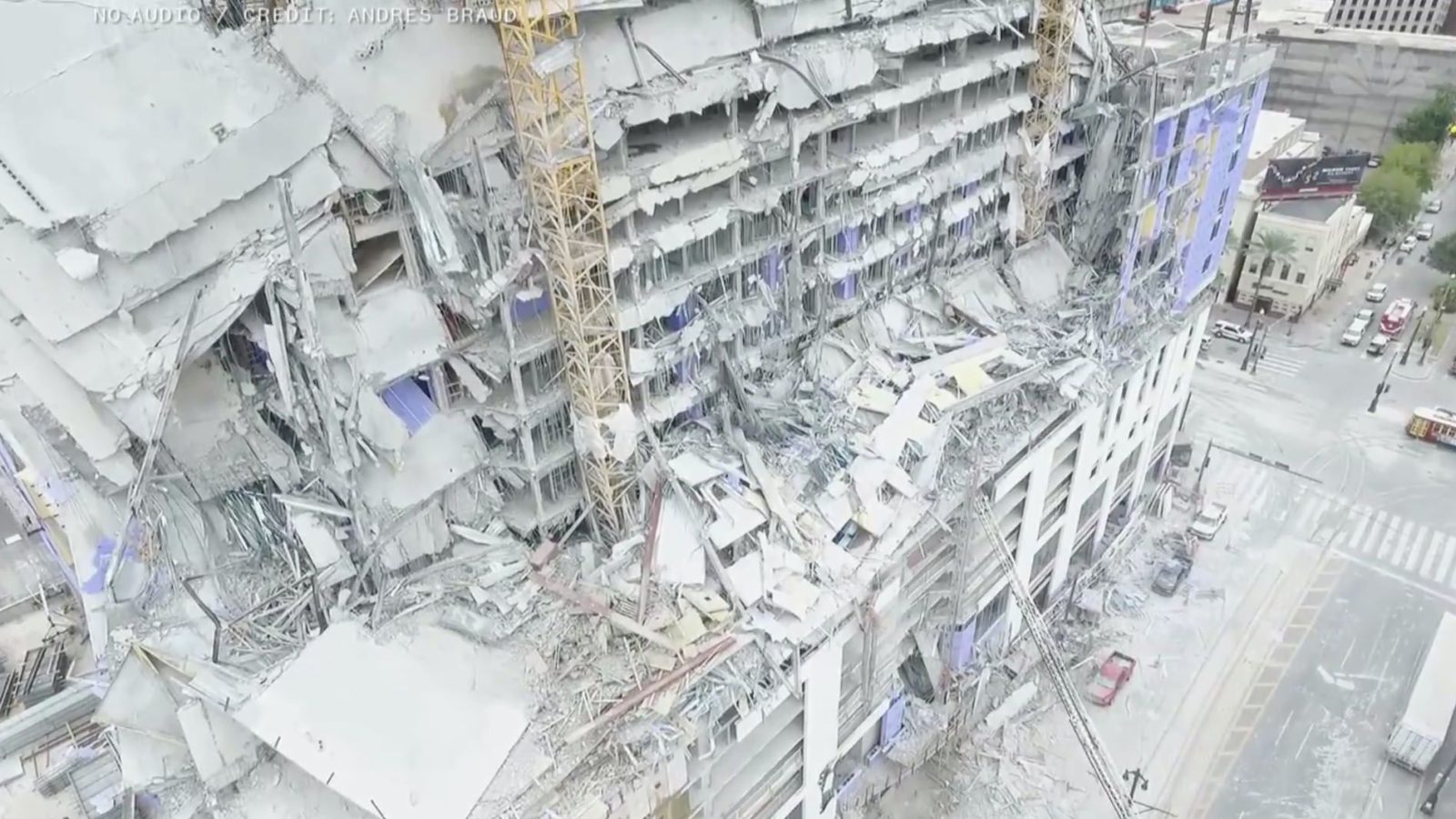 A new drone video shows the aftermath of the Hard Rock Hotel collapse in New Orleans. Rescue workers and search dogs are carefully working their way through the dangerously unstable hotel looking for the last missing person.

As a result of the partial collapse of the Hard Rock Hotel in New Orleans last Saturday, two people have died, more than 20 people were hurt, and one person is still unaccounted for.

According to fire chief Tim McConnell, engineers are working on stabilizing the building as well as a 270-foot high crane that is in danger of falling over.

“It’s still a very dangerous building,” Fire Chief McConnell said. “We are putting our folks at somewhat risk. When you’re in rescue – you’re trying to get some people out – you take a little more risk.”

Stabilizing the partially collapsed hotel as well as the cleanup is expected to take weeks.

Large parts of main roads near the French Quarter as well as the main business district will stay closed for the foreseeable future. According to the Mayor of New Orleans, LaToya Cantrell, 37 families have been put up in hotels and nine major businesses have been cut off from utilities.

The cause of the hotel collapsing is still under investigation and Cantrell promised the city’s full cooperation in an investigation by the Occupational Health and Safety Administration, according to NBC News.