NPR: “It is increasingly likely that drone deliveries will soon take off” 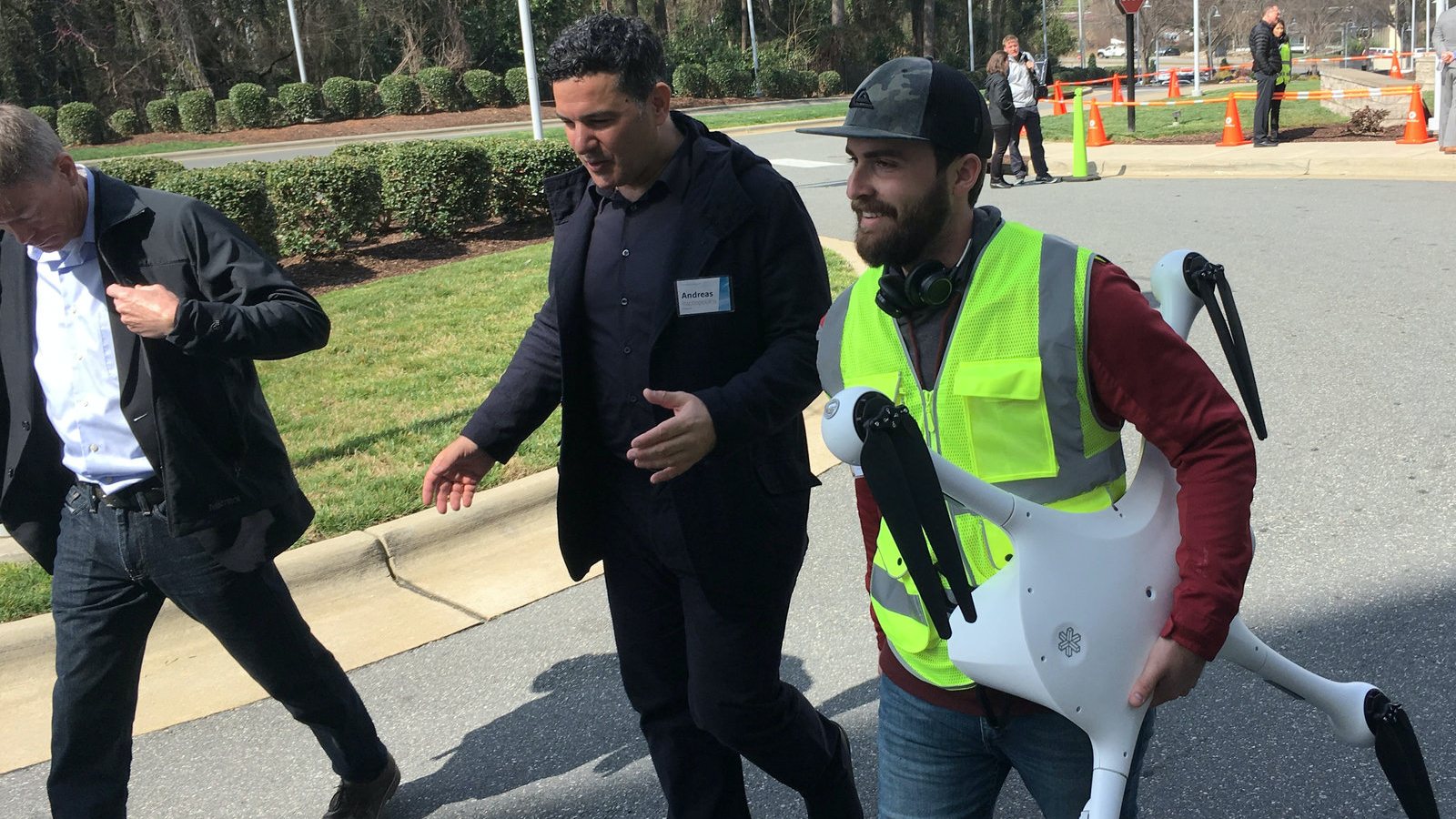 Today, the NPR published a great article about drone deliveries that will soon take off. It talks about the drone deliveries that are taking place at the WakeMed Hospital Campus in partnership with UPS Flight Forward, using Matternet drones in Raleigh, NC. UPS recently was awarded a Part 135 certification from the FAA and the testing takes place as part of the UAS Integration Pilot Program. More testing with drone deliveries is taking place in Christiansburg, VA where Walgreens partners with FedEx and Wing Aviation.

Drone deliveries will soon take off

David Schaper writes for NPR that:

A small quadcopter lifts up off of a landing pad in front of the main hospital building on the WakeMed campus in Raleigh, N.C. Underneath it is a metal box — smaller than a shoebox — with vials of blood samples inside of it that are now heading across the campus to the lab for analysis, guided by a drone operator on the ground.

But when taken by carrier on foot or by car, he says “the logistics of getting those samples across often resulted in about a 45-minute time of delivery.”

But now, with the drone?

“We’ve seen that drop to about 10 minutes, and that’s really door to door,” Ginn says. “The actual flight time one way is about three minutes because it’s not a long route.”

Walgreens is testing on-demand delivery by drone on a limited scale in Christiansburg, Va., partnering with FedEx and Wing Aviation, a subsidiary of Alphabet, Google’s parent company.

Amazon; CEO Jeff Bezos said several years ago that drones would be delivering Amazon orders to our homes in 30 minutes via drone by 2019. That hasn’t happened yet, in large part because the regulatory framework does not exist yet.

The new FAA “part 135” certification awarded to UPS will eventually allow for drone deliveries going beyond the operator’s line of sight, flying the drones at night and overpopulated areas.

Nonetheless, it is increasingly likely that drone deliveries to our homes will soon take off.