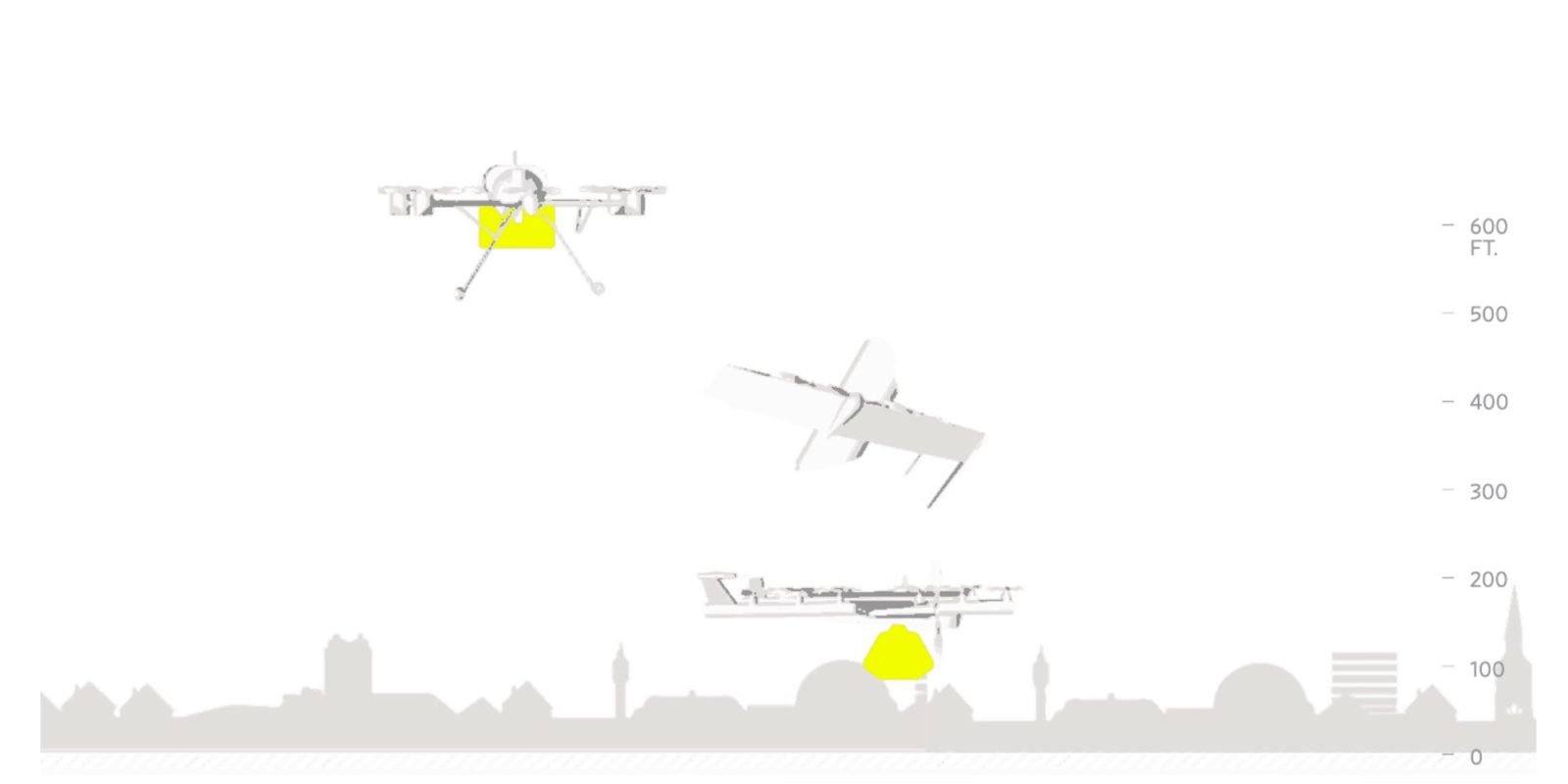 This morning the Wall Street Journal has a detailed article about deliveries by drone. They take a closer look at Amazon, Wing Aviation and Uber Technologies. For some reason, UPS with their Matternet drones are not getting that same amount of attention in this article, even though they recently were awarded a Part 135 certification by the Federal Aviation Administration (FAA).

A closer look at Amazon, Wing Aviation, and Uber Technologies

Even though there are many regulatory hurdles still to be overcome, 2019 has marked the beginning of a number of drone delivery tests around the country. Wing Aviation in combination with FedEx and Walgreens started making deliveries with their drone in Christiansburg Virginia this month. Uber says it will start testing with drone deliveries before the year is over in San Diego, California. And Amazon has not disclosed where it will be testing their drones, but back in June, the company said that they will start delivering packages to consumers by drone “within months.”

According to industry experts, large scale drone delivery operations will take quite some time to realize. However, sales of drones for commercial purposes are expected to grow strongly. The FAA estimates that the number will go up from 600,000 in 2016 to about 2.7 million in 2020.

The Wall Street Journal article takes a closer look at the differences between the drones used by Amazon, Wing Aviation and Uber Technologies.

Amazon has been testing drones in Cambridge, England since 2016 and apparently went through about 50,000 design concepts before settling on their latest hexagonal design. The Amazon drone is quite an interesting design with its hexagonal shape and guard around the six propellers. The drone is able to take off and land vertically, but when it flies at a higher speed horizontally, it changes its positioning to a semi-horizontal airplane mode. The Amazon drone lands in order to deliver a package, which is different from Wing Aviation’s approach.

Wings Aviation’s drone is an even more outlandish design. Their drone has 12 small propellers that enable the drone to take off and land vertically, but it has also fixed wings with two larger propellers to fly at higher speeds horizontally.

The difference between the Wing Aviation drone and the drones from Amazon and Uber is, that the Wing drone lowers the package with a tether to make a delivery instead of landing the drone.

Wing aviation has been testing their drones since 2014 in Australia and according to the Wall Street Journal has completed more than 80,000 tests. As mentioned before Wing Aviation is partnering with FedEx and Walgreens to deliver small packages in Christiansburg, Virginia.

The Uber drone features the most traditional drone design. It is a hexacopter that is really a modified AR200 by AirRobot. Its traditional design limits the aircraft’s top speed and range.

In May of this year, Uber was testing with McDonald’s near San Diego State University. The company says that residents near the university will soon be able to order food delivered by drone from a limited number of local restaurants through the Uber Eats app.

All three companies argue that deliveries by drones could dramatically speed up overall delivery times. Amazon’s drone is able to complete a 15-mile round trip and promises deliveries within 30 minutes. Wing Aviation is able to deliver within 10 minutes over a 12-mile range. And Uber averages about 7 minutes for a 3-mile range. It seems that the Wing Aviation delivery drone is the fastest drone and can fly up to 70 miles an hour. 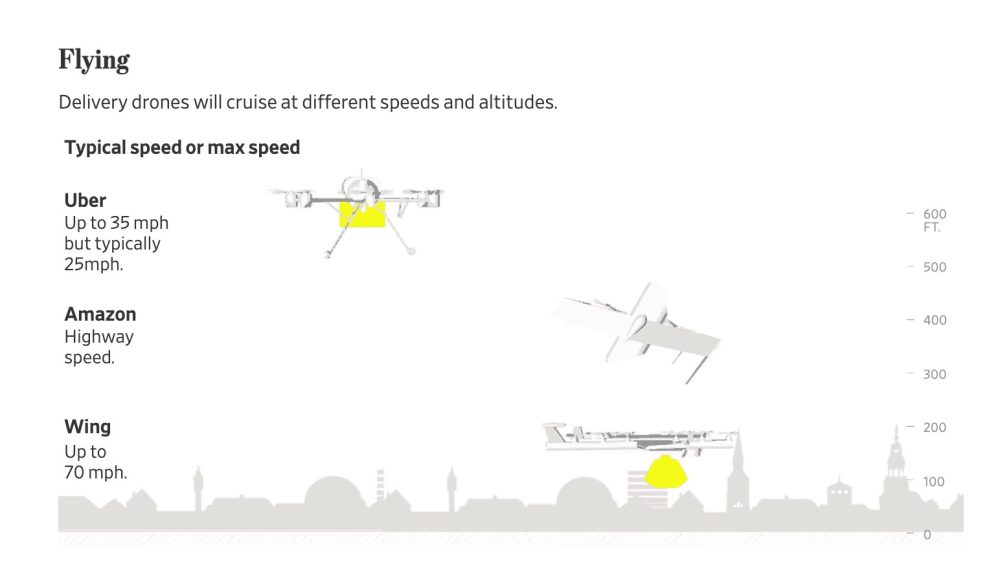 Apart from drone regulations and safety requirements, obstacle avoidance is one challenge that needs to be overcome by all three companies. Amazon uses machine learning algorithms in combination with infrared sensors to detect wires, birds, and buildings. The company programs its drones with different scenarios so that it knows what to do when it can find a delivery location for instance.

The article does not explain what the two other companies do in order to avoid crashing into obstacles.

You can read the entire article, written by Sebastian Herrera and Alberto Cervantes here [paywall]. It does have some nice graphics to show the various drones.