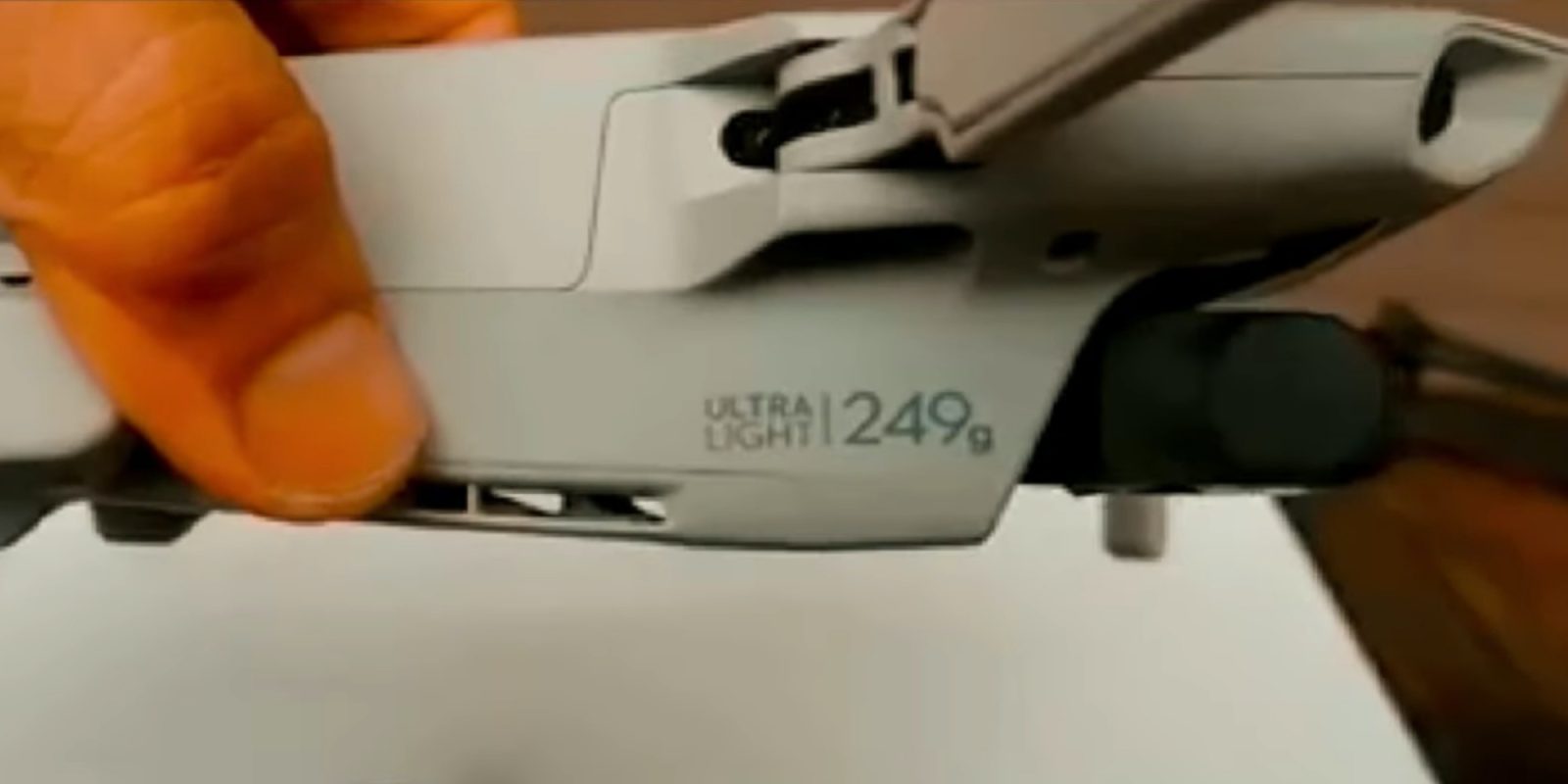 Today, the Ultra-Light DJI Mavic Mini (from DJI or Amazon) shows up in a “video review” on YouTube ahead of the official product launch. After various online retailers such as Newegg and BestBuy already disclosed official marketing photos and specs of the new DJI Mavic Mini, we now get to see one of the first videos. Don’t get too excited; this is not one of those amazing reviews from iPhonedo. This is really just a series of short clips put together in one video. However, it still provides us with some new angles and gives us a better idea of the size of this new unmanned aircraft.

The video appears to have come from the same person who already shared photos of the DJI Mavic Mini sitting in the palm of his hand that we ran in an article earlier today.

One of the more interesting bits of the video is when the DJI Mavic Mini is compared to the DJI Mavic 2 Enterprise Dual. You can clearly see the incredible difference in size between the two unmanned aircraft.

The video also shows the inside of the travel case that is part of the DJI Mavic Mini Fly More Combo. As you can see, everything packs neatly away in a small case that should be very easy to take along on any of your travels and adventures.

Something that we haven’t seen in the photos yet, is the mention of the words “Ultra Light” and “249 grams” on the side of the DJI Mavic Mini.

When compared to the DJI Mavic 2 Enterprise Dual, you can see that the new DJI Mavic Mini is a much lighter-colored gray.

In the Ultra-light DJI Mavic Mini video review, we also get a clear shot of the bottom of this new little drone. We can see the four LED lights that indicate the status of the battery. There are three slots that might be to reduce weight but are definitely ventilation slots as well. And we see two sensors that will help you precision land this drone.

The overall impression after watching this video is that DJI really removed all the bells and whistles from this aircraft. If you look at the design, it’s very much a bare-bones drone with the clear intention to reduce as much weight as possible to get below 250 grams.

Halfway through the video, we can see the three-axis gimbal moving as part of DJI’s startup procedure. We also get a better look at the controller. It seems to be very much a dressed-down version of the same controller we know from the Mavic 2. The sticks are removable. And of course, as expected, there is no screen on the controller. Only a few LED lights indicate battery status. At the top we find two buttons: an on/off button, and a second button on the left to return the drone home.

When the DJI 4 Go app starts up on the phone in the video, you can see what seems to be Chinese text, indicating that this video was recorded in DJI’s home country.

Even though the Ultra-light DJI Mavic Mini video review is of low visual quality and there’s no spoken word, it does give you a good impression of the size of the drone and the way it operates and handles. Unfortunately, we don’t get to see it fly.

The video also shows the propeller guard, which consists of two parts that are clicked on the arms of the drone.

Toward the end of the video, you can see the drone’s battery charger and the remote controller neatly packed away in the travel case. This case is part of the DJI Mavic Mini Fly More Combo. Again, this seems to be a package that should easily fit in any backpack.

With drone regulations getting stricter and more well-defined in various countries such as Canada, Australia, the UK, and the US, it seems that the DJI Mavic Mini is the ultimate travel drone, as it’s below 250 grams. That means that in most countries, you should be able to fly this drone without any problems.

The video is great because it shows the new DJI Mavic Mini from all different angles, including the back with the battery hatch open and the battery removed. Personally, I’m very excited about this new drone from DJI, and I applaud them for their ability to get a drone to the market that weighs less than 250 grams.

This new drone is the perfect travel companion for all drone enthusiasts, as it weighs less than 250 grams so you should be able to fly this drone in most countries without any headaches. As we all know, getting that aerial perspective adds that little extra to your vacation videos and photos.

We hope that DJI will be releasing this drone soon, as we can’t wait to get our hands on it and actually try it ourselves.