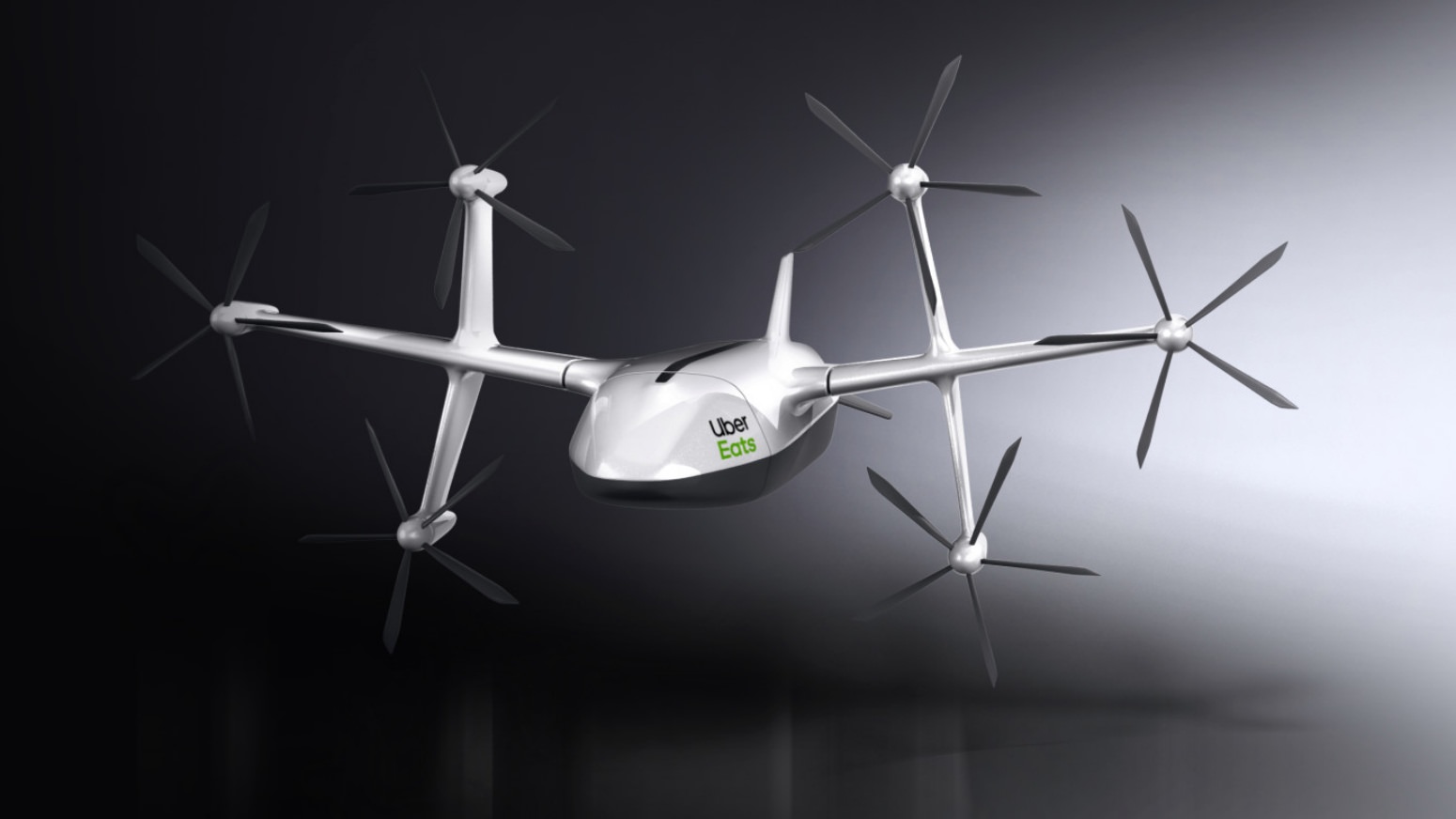 Check out the Uber Eats delivery drone that was showcased during the Forbes 30 under 30 Summit yesterday. The design of this delivery drone looks way more advanced than the one mentioned in the WSJ article from only a few days ago. Instead of being a traditional quadcopter, this drone has six propellers on rotating wings “for increased speed and efficiency” and can land and take off vertically (VTOL).

During the summit, Uber unveiled its plans to deliver food by drones for its Uber Eats part of the company.

The new six-propeller VTOL drone with rotating wings can carry up to one meal for two people and can fly for eight minutes (including the loading and unloading of food). during this relatively short flight time, the unmanned aircraft can fly up to 18 miles. However, for a round-trip delivery, its realistic range would be more like 12 miles.

Uber does not plan to have the drone complete the entire delivery process. Instead, the company plans for the drone to deliver the food to a waiting Uber Eats delivery person. Ultimately the drone would land on the roof of the car and after the delivery person unloads the food he or she would make the final delivery to the end-consumer.

Uber’s Elevate Cloud Systems will manage and track the entire operation, including the drone flight, behind the scenes. The company plans to start flying the first drone before the end of this year. The first food deliveries are scheduled to take place in San Diego at the beginning of the summer of next year.

What do you think about getting your food delivered by drone from Uber Eats? Let us know in the comments below.