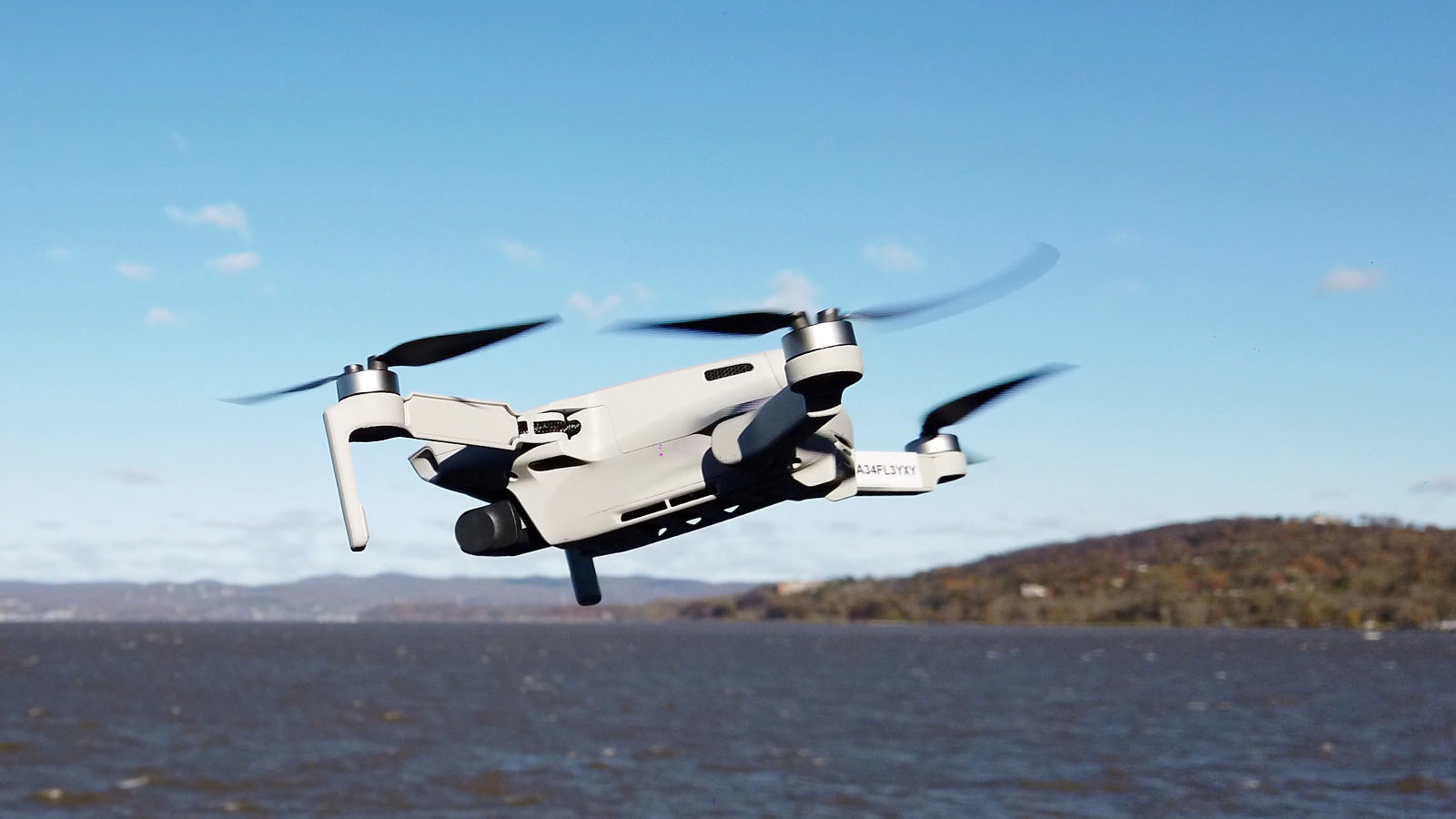 The DJI Mavic Mini (from DJI or Amazon) fights strong headwinds of 20-25 mph, literally! Yesterday late afternoon, I received one of the DJI Mavic Mini review samples and after charging the batteries and the controller, I was curious to see how the little drone would do in the strong winds we have here on the Hudson River today. To be honest, I was surprised that it didn’t simply get blown away in the 20-25 mph winds.

Today we have 20-25mph winds here on the Hudson River, gusting even stronger, so I figured it would be a great chance to see how well the DJI Mavic Mini battles such strong headwinds.

As you can see in the footage the DJI Mavic Mini does really well, even though it is working hard to stay in place in these gusty conditions. The drone moves up and down a bit as it is battling the wind but it keeps its position really well. Keep in mind that this drone only weighs 249 grams and has a top speed just shy of 30mph. To be honest, I was surprised that it didn’t simply get blown away.

Furthermore, I was surprised to see how steady the video footage from the DJI Mavic Mini is. The 3-axis gimbal-stabilized camera in combination with DJI’s software does a really good job of providing stable video footage, while the drone is visibly shaking in the wind.

As small and light as this drone is, I have to say that it flies and behaves like a real Mavic! Thumbs up to DJI for delivering such an amazing little drone, whilst the company is battling its own political headwinds in Washington D.C. Well done guys!

Expect more articles and videos from us in the coming days as we put the all-new DJI Mavic Mini through its paces.