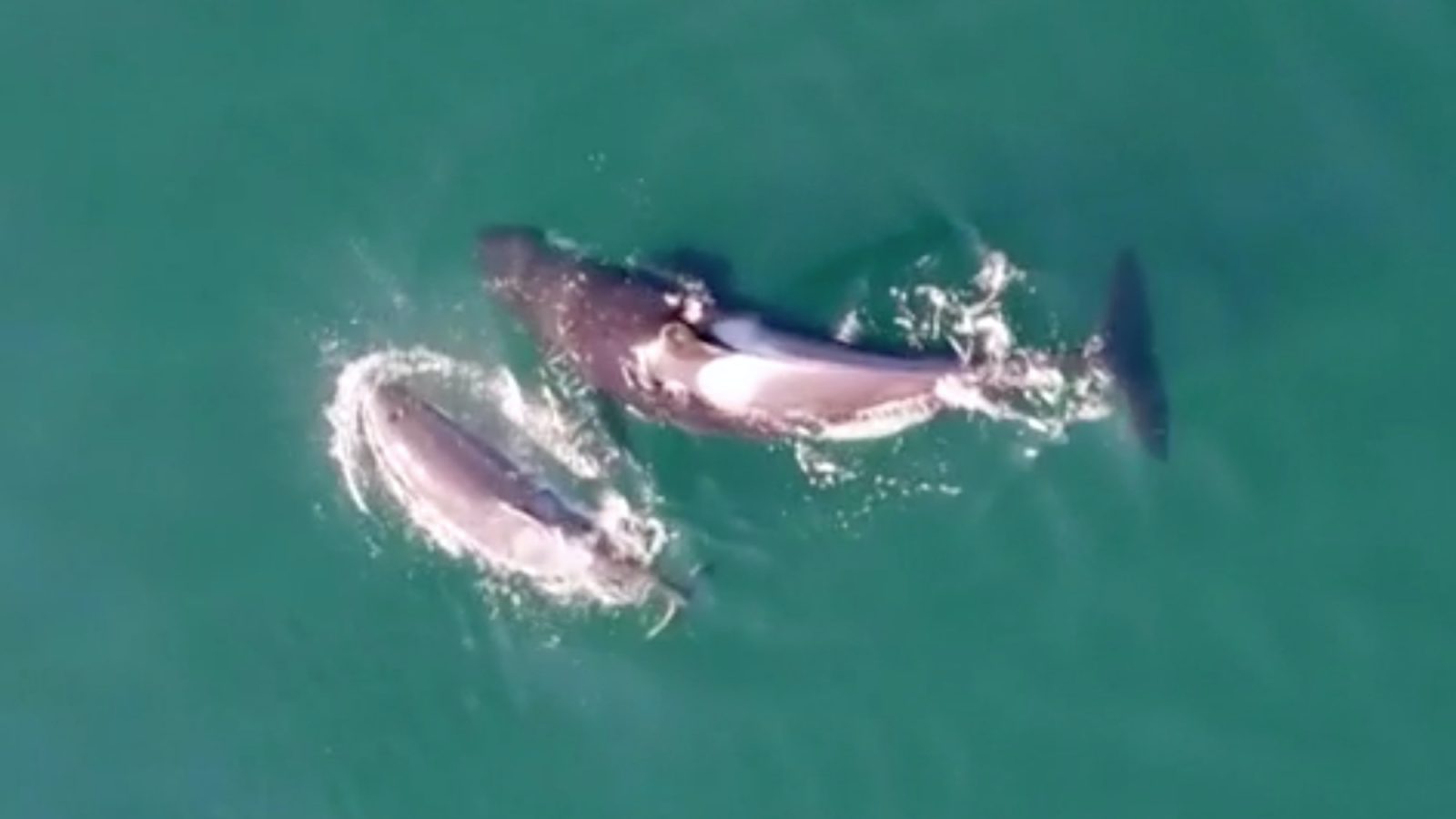 Drone footage helps scientists from the University of British Columbia study killer whale behavior as the unmanned aircraft provide a rare glimps into the underwater world off the coast of B.C. The video footage was released last Monday and represents the first time that drones have been used to study the behavior of the killer whales.

“For the first time we are using technologies to peer through all these layers of the ecosystem,” said Andrew Trites, project lead and director of the Marine Mammal Research Unit at UBC’s Institute for the Oceans and Fisheries.

The footage, released Monday, was gathered in partnership with the Hakai Intitute and shows whales and their calves swimming and hunting together.

“What struck me most was to discover how tactile the whales are they are constantly rubbing into each other and touching one another. They are a lot like people right we hug our kids we hug our husbands and our wives it creates social bonds,” said Trites.

It’s all part of a five-year research project that is setting out to answer the crucial question of whether there are enough fish here for southern resident killer whales.

Drone footage was captured over three weeks in late August and early September. Over that time, researchers observed pods of northern and southern resident killer whales and their prey.

“We were very lucky with conditions the whole trip and came back with ten hours of footage,” said Keith Holmes, drone pilot for the Hakai Institute. “Normally, we were flying between 100 and 200 feet above the whales, often higher. They didn’t seem to notice the drone at all.”

“We observed a northern resident mother with her new calf,” said Trites. “From the boat, we could tell they were swimming near each other. But it was only from the drone that we could see how much they were constantly touching and socializing with each other.”

What do you think about drones being used for wildlife research? Let us know in the comments below.