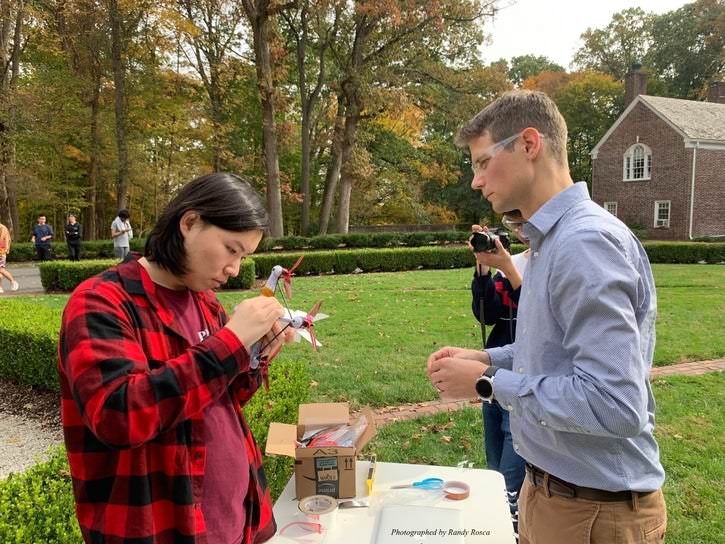 12th grader, Zechen Wei broke the Guinness World Record for the fastest quadcopter to ascend to 100 meters or about 300 feet with a record time of 2.732 seconds. Wei is a senior at Princeton International School of Mathematics who has always had a passion for drones.

Wei learned about the record set in 2016 by German engineer, Dirk Brunner who flew a quadcopter to a height of 100 meters in 3.871 seconds. This earned Brunner the title of “Fastest 100m ascent by a quadcopter” in the Guinness Book of World Records.

Together with his research mentor, Adam Kemp, Wei decided to take on the task of beating Brunner’s record as part of his two-year research program at PRISMS.

“He did calculations as per physics and math and saw that this speed can be faster,” Yang said, according to Patch. “Over one and half years he worked to improve the function of the quadcopter.”

Over time, Wei created many 3D CAD models, conducted simulations, and finite element analysis on its theoretical performance, all of which contributed to the prototype he created.

“When I first came to PRISMS as a freshman, I never thought of being able to go this far,” said Wei. “I am excited about hands-on creativity. Turning what’s in my head into reality in my hands always feels like magic. In the past few years at PRISMS, I have stayed curious and have done a lot of innovative engineering projects. When thinking about research projects, my instructor, Mr. Kemp, encouraged me to challenge the world record. After a lot of hard work with simulations and trial-and-error, I finally achieved my goal.”

Wei successfully set the new record of ascending a quadcopter to a height of 100 meters on October 25th, 2019.

PRISMS was founded in 2013 and is a non-profit, co-educational STEM-focused school for grades 9 to 12. For more information visit prismsus.org.