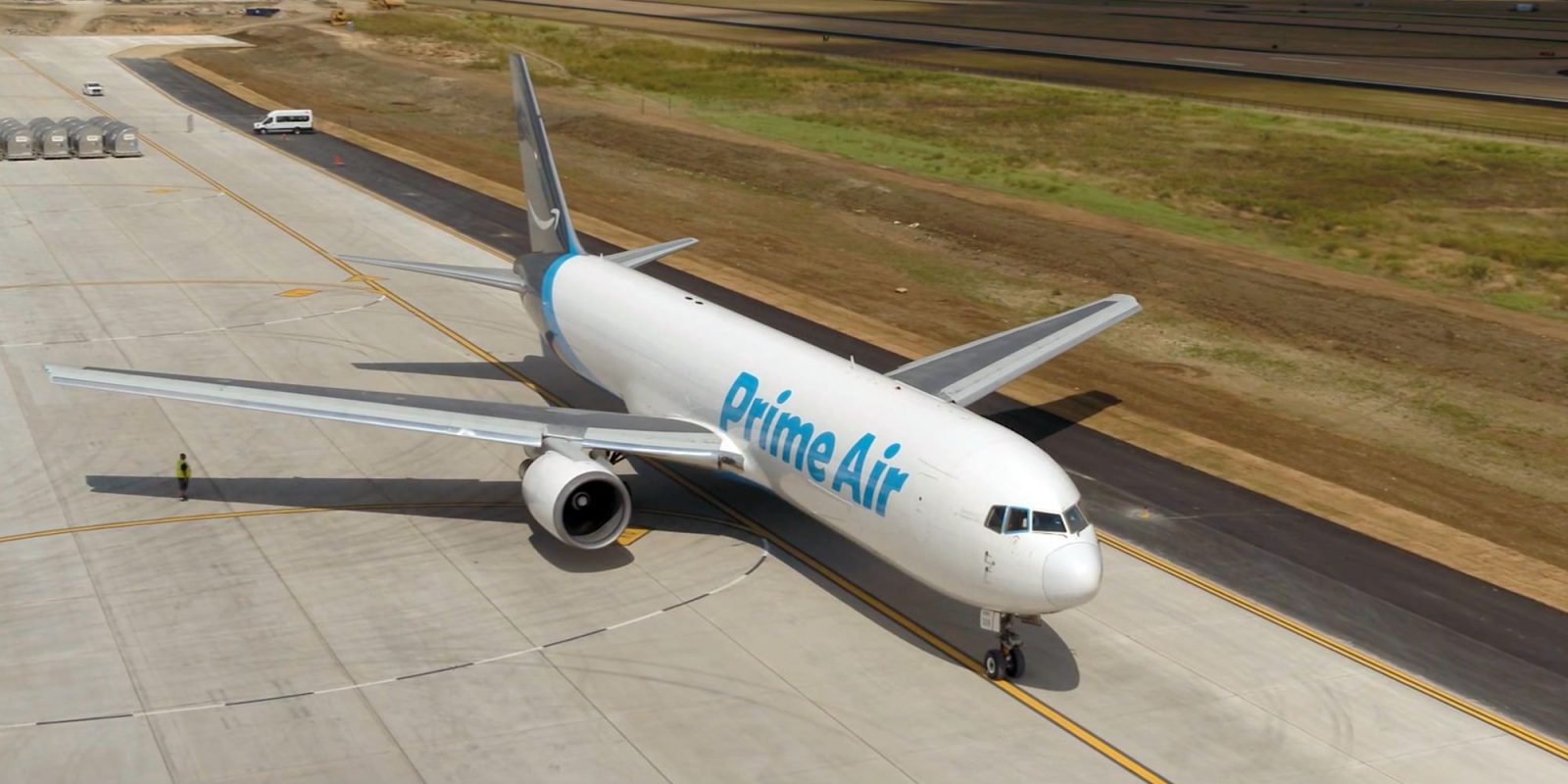 In a new series by DroneDJ, we put the spotlight on commercial drone pilots to showcase how they use their unmanned aircraft in their day-to-day business operations. Today we feature Sparky’s Video Productions, whose owner Sparky Sorenson recently was allowed to record the Amazon Prime Air ribbon-cutting ceremony and the first departure. Be sure to watch the video as it has some really amazing drone footage.

We were able to connect with Sparky on Facebook Messenger to ask him a few questions about the Amazon Prime Air drone footage. The video was shot for the opening of the Amazon Prime Air freight air facility and includes the ribbon-cutting ceremony and the first departure.

DroneDJ: Can you give us some background information on your project and what you need to do in terms of approvals to be able to fly at an airport?

Sparky: Basically I was contacted by one of Amazons managers at the freight facility wanting a video of their ribbon-cutting ceremony. They found me from a google search and saw my work with DFW International Airport. The approvals were actually pretty easy as I have had to work with that airport’s tower for a few other projects and already had a good relationship with the tower manager. Once I got the details from Amazon, I then drew up a flight plan and detailed description and presented that to the tower manager. He was immediately on board and willing to help in any way. So we met a week prior to the event with the airport operations manager and walked to the ramp coming up with flight areas, altitude limits and hard no-fly areas. Once all of that was determined, I submitted for approvals through the LAANC system. I had to have an approval in writing so I could then get the DJI Unlock to fly since this was on airport property.

DroneDJ: Was it just you or did you bring somebody along to help with this project?

Sparky: I had a visual observer with me along with a ground camera operator. I was basically given the entire ramp area up to 75 feet to fly from 8 am till 3 pm.

DroneDJ: What kind of drone and camera did you use to capture these shots?

Sparky: I fly Inspire 2’s and actually had my X7 camera but the lenses hadn’t arrived yet so that was filmed with the X5s and 15mm.

DroneDJ: What was your favorite shot of all the footage you capture?

Sparky: Those 2 gigs have been some of the coolest so far. The last shot in the video was where I was racing the 767 parallel with the runway. That was a fun shot!

Thank you, Sparky for being the first to be featured here in our new Spotlight section on DroneDJ.

If you are a commercial drone pilot as well and would like us to put the spotlight on you and your drone business, submit your information through this form for consideration. Be sure to include some cool photos and possibly a video of how you use your drones!

What do you think about these videos of the Amazon Prime Air freight air facility? Let us know in the comments below.